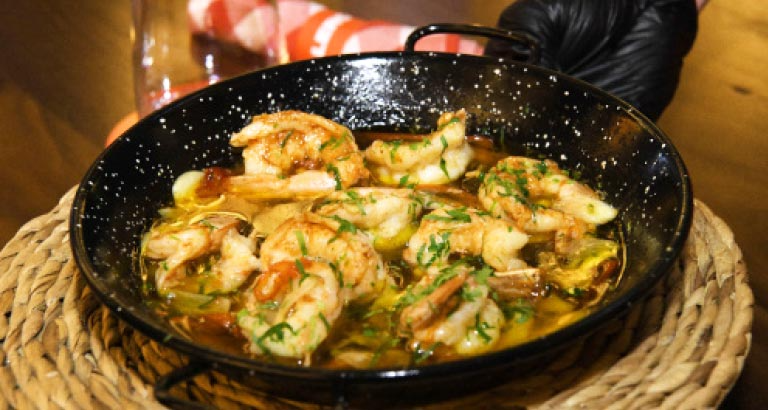 With my dreams of travelling to Spain in the stunning Iberian Peninsula steadily dashed by the effects of the current pandemic – I decided an exploration of Spain’s gastronomical offerings at The Westin City Centre Bahrain’s newest restaurant, Salero, would be the next best thing… and oh, was I right!

The first thing I noticed when walking into the restaurant was the absolutely stunning interior which set the tone for the experience and is, as most people would say these days, Instagram-worthy! Colourful paintings, a wicker basket ceiling, jovial music and warm lighting create an ambience that’s relaxing and exhilarating all at the same time – perfect for a modern Spanish dining concept. After being seated at one of the cosy tables, we were introduced to the wonderful Head Chef Juan Pérez, who gave us a brief on the traditional delicacies in store for us.

To begin, we tucked into the Tabla de quesos - an assortment of traditional Spanish cheeses including Manchego, Mahón, Tetilla and Idiazábal paired beautifully with black grapes, dried fig cubes and candied walnuts. Chef Juan then popped by our table with an interesting vegetarian starter - deep fried eggplant fritters, drizzled with sugarcane molasses and served with a side of Salmorejo dip.

These were followed by a plate of Gambas al ajillo - sautéed shrimps with garlic, chili, a sprinkle of parsley and generous drizzle of olive oil. It’s a dish that proves that quality ingredients, put together with skill, can bring out the most thrilling flavours in a dish – the heat of the chillies coupled with the flavour of the garlic and rich olive oil do just that!

If you truly want to get the best experience out of a visit to a new restaurant, one of the best practices is to ask the team for a recommendation. Chef Juan mentioned that the most popular item on the menu was the Slow cooked beef cheeks with raisins, known as Carrillada de ternera a baja temperatura con pasas. The beef cheeks are steadily simmered for 36 hours leaving you with a beautifully tender cut of meat that can literally be eaten with a fork. It’s topped with chopped cauliflower, almonds and parsley for freshness and given a splash of lemon for acidity. The result is a beautiful mix of flavours and textures that you’ll never quite forget. No wonder it’s a favourite!

One of the most popular Spanish dishes is Paella so I definitely had to try some, especially since Chef Juan made it a point to mention that rice is “the boss in the kitchen!” We opted for a vegetarian Paella which was loaded with white mushrooms and hazelnuts and cooked in a flavourful vegetable broth which is made in-house from scratch. The restaurant prides itself in serving traditional Spanish cuisine so in keeping with that, our Paella had a crispy, savoury crust at the bottom of the pan known as Socarrat, so we took some joy in scraping the bottom of the pan!

To end the night (with what I would happily describe as a ‘sweet dream’) we helped ourselves to a beautifully prepared Crema Catalana. It’s light, creamy and has a perfect layer of caramelised sugar that adds a pleasant crunch. What a glorious end to a culinary adventure!

It’s clear to see that Salero is the original and authentic addition to Bahrain’s dining scene that we never knew we needed! 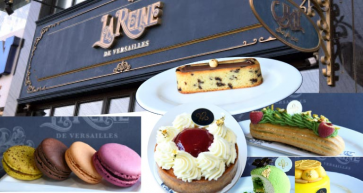 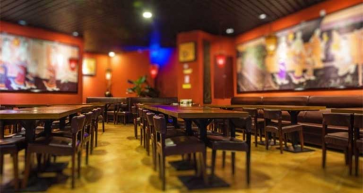 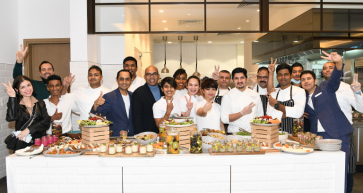