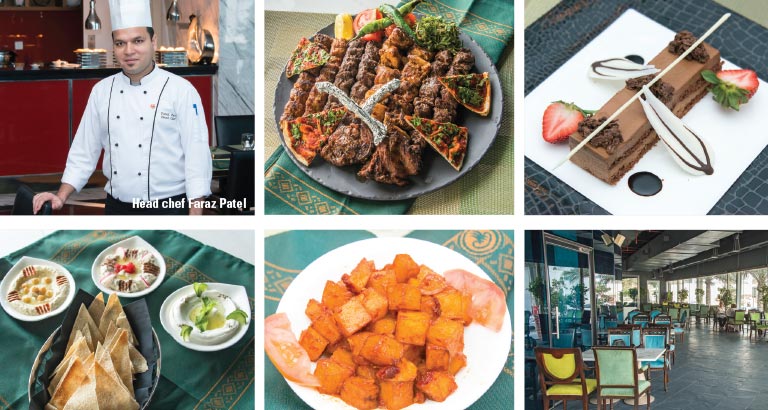 Liz O’Reilly checks out the latest offering from the Ramee Group’s flagship property.

The arrival of a new restaurant is always cause for celebration. And when it’s open 24 hours and offers food, beverages and a party vibe, you can double that happy-dance feeling. So, I was delighted to be invited along to try Antalya, the new dining spot at the Ramee Grand Hotel & Spa.

The surroundings are congenial but operations director, Hossam, who came for a chat, explained that he is still working on the interiors with plans for screening and curtains on the street-facing windows as well as additional high-mounted TV screens which can be utilised for special events.

We chose to sit in the extensive glass terrace smoking area and were served an appetiser of hummus, moutabel and labneh with crispy triangles of toasted Arabic bread to help our menu selection along.

Antalya, as the name would suggest, has a substantial Turkish element to the menu, alongside Mediterranean dishes and pizzas. And, with any vaguely Eastern eatery, I always feel the hummus is a good yardstick for the rest of the fare. This was good, very good, with a rich consistency and a sharp tang on the tongue. Surprisingly, I was also rather taken with the labneh, a dish I would not usually touch. Thick, mild and creamy with none of the yoghurt sourness one so often finds, it looked like a puff of cloud – and tasted much as I imagine a puff of cloud would taste, too. I had to actually limit myself to two (OK three) scoops, or I could quite happily have eaten the whole dish.

Our starter of kibbeh was equally impressive. This one is my dining companion’s own personal yardstick, so I was hoping she would approve. And, it certainly didn’t disappoint. We’d asked them to leave out the coriander and they were happy to oblige – a really good sign of fresh prep. Piping hot and crispy coated with a tasty, fluffy interior, we could not have asked for better and would probably return for these and the labneh alone.

The spicy cubed potatoes we’d also chosen were a little heavy on the lemon, but that’s purely down to personal taste, and something I would mention if I were ordering them again since the kitchen is clearly happy to accommodate special requests.

For our main course we were treated to a giant platter of traditional mixed grill. Slicing into beautifully pink lamb chops had my mouth watering, and the marinade of seven spice, chili paste and garlic imparted a truly delicious and quite unexpected flavour to meat so tender it literally melted on the tongue. The chicken shish tawook was beautifully soft and juicy while the beef kebab was a winner with delicate charring on the outside giving way to a deliciously moist, almost rare centre. The grill also included the traditional kofta, of which I am not usually a fan. But I can honestly say this too impressed, with none of the gristly fattiness I find so off-putting.

With barely room to breathe in the waistband of my trousers, I had not saved space for dessert. However, when a confection of light-as-air chocolate sponge layered with rich chocolate mousse arrived at the table… Well, it would have been rude not to, and it was truly the perfect end to a fabulous repast. 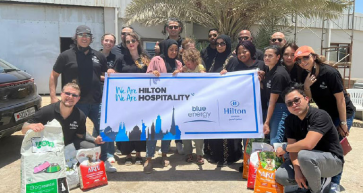 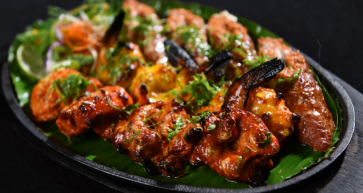 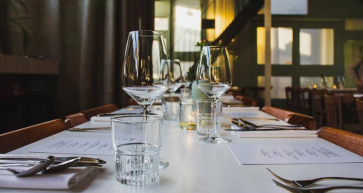 Cool for the Summer