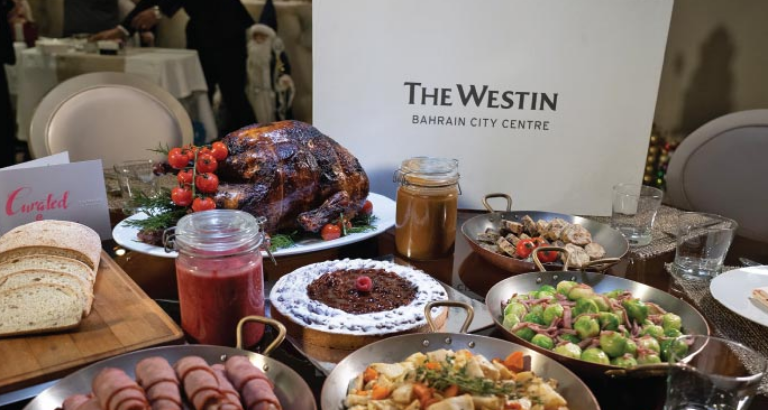 There is a succulent roast turkey in the oven at Furn Bistro & Bakery, ready for you to serve at your dinner table this festive season.

The Westin City Centre Bahrain’s executive chef Hany Mostafa and his team are excited about Furn Bistro & Bakery’s #turkeyatyourdoorsteps concept that has kicked off this month to mark the start of the celebratory season.

“Back in 1620, when a group of people from England crossed the Atlantic and reached Canada, the natives helped them settle into their new surroundings, teaching them to farm, use the available natural resources and also how to prepare chicken and turkey,” says chef Hany, narrating a little history about the festival of Thanksgiving. “The foreigners roasted a turkey and offered it to the natives in gratitude of their help. And thus started the tradition of celebrating this festival.”

Carrying on this tradition, Furn Bistro & Bakery provides a full Thanksgiving meal to guests that they can enjoy in the comfort of their own homes. “Our turkey will be available from November 22 to December 25,” says chef Hany. “This year, we can deliver the meal to our guests for added convenience. The bird will weigh around 10kg and the side dishes will include Brussels sprouts, whipped potatoes, apricot, sage and chestnut stuffing, veal chipolatas wrapped in turkey bacon, honey and mapel roasted root vegetables, cranberry sauce, turkey jus and cornbread. For dessert, there is a choice of pumpkin, pecan or apple pie.”

The offering is competitively priced at just BD65, inclusive of delivery charges, and is good for 10 to 12 diners. Guests are required to place their orders 48 hours in advance. “Our turkey is the best in town,” adds chef Hany.

He learnt the laborious process of preparing the bird for this special occasion while he worked at a fine-dining establishment in the UK. It begins with the fowl sitting in brine for 12 hours, with salt, honey and herbs. Once dried and rested in the chiller, it is seasoned and glazed with butter, garlic and pepper. It is then covered and steam cooked in the oven with bouquet garni and mirepoix for two hours, followed by 90 minutes of uncovered cooking, allowing the top to caramelise. “This process results in the most moist, tender and tasty turkey,” he says.

As for the mouthwatering stuffing and trimmings, they are cooked in the juices that are released while the turkey roasts. The stuffing consists of sage, apricot, chestnut, celery, carrots, butter and cinnamon. It is served alongside the turkey, for diners to be able to slice into portions as per their preference. “However, if someone would like the stuffing to be inside the turkey, we can do that for them as well,” says the chef.

Chef Hany, who has several years of experience working in some of the world’s most renowned hotel chains in Egypt, the UK, Europe and the Middle East, looks forward to bringing friends and family together at the dinner table this season over a glorious platter of delicious turkey. 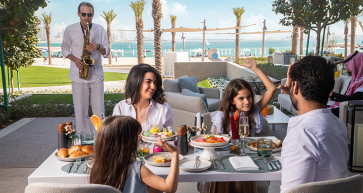 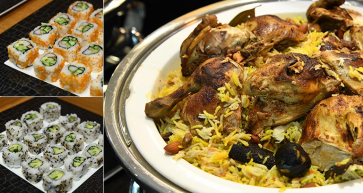 A Zest for Brunch at Lemo...