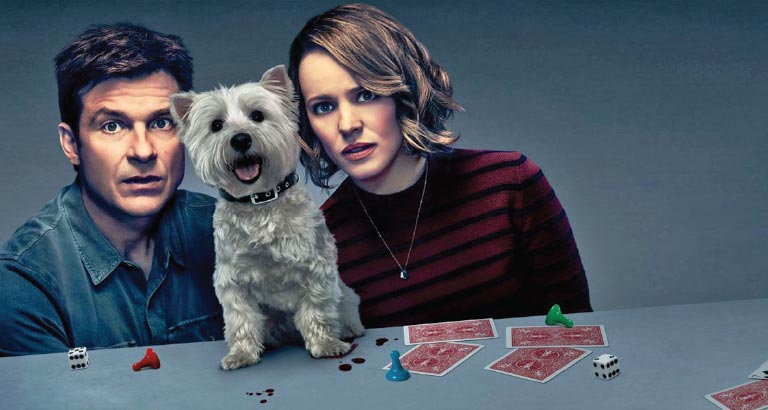 The Plot:
Max (Bateman) and Annie’s (McAdams) weekly game night gets kicked up a notch when Max’s brother Brooks (Chandler) arranges a murder mystery party – complete with fake thugs and federal agents. So when Brooks gets kidnapped, it’s all supposed to be part of the game. As the competitors set out to solve the case, they start to learn that neither the game nor Brooks are what they seem to be. The friends soon find themselves in over their heads as each twist leads to another unexpected turn over the course of one chaotic night.

Worth Watching?
While unlikely to ever be regarded as a classic side-splittingly hilarious comedy kingpin, Game Night is a refreshing and original mainstream experience, which could have been so much better had it not descended into preposterousness in its final third.

It feels like many moons since a comedy of this ilk wasn’t filled with unnecessary profanities, lewd jokes and loud-mouthed side characters, but thankfully Game Night largely avoids these comedic pitfalls and just focuses itself on telling a good story with a large collection of jokes that work on their own merits.

Lara Croft is the fiercely independent daughter of an eccentric adventurer who vanished when she was scarcely a teen. Now 21 and without any real focus or purpose, Lara navigates the chaotic streets of trendy East London as a bike courier. Determined to forge her own path, she leaves everything she knows behind in search of her dad’s last-known destination: a fabled tomb on a mythical island that might be somewhere off the coast of Japan.

A young Russian intelligence officer is assigned to seduce a first-tour CIA agent who handles the CIA’s most sensitive penetration of Russian intelligence. The two young officers collide in a charged atmosphere of trade-craft, deception and, inevitably, forbidden passion that threatens not just their lives but the lives of others as well.