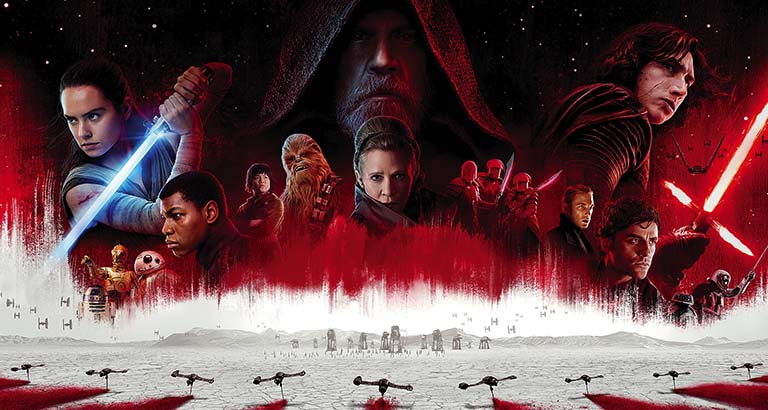 The Plot:
Rey (Daisy Ridley) develops her newly discovered abilities with the guidance of Luke Skywalker (Mark Hamill), who is unsettled by the strength of her powers. Meanwhile, the Resistance prepares for battle with the First Order.

Worth Watching?
After the excellent Rogue One and the early positive critic reviews that this movie received, it was expected to be outstanding. However, the pervading feeling after a viewing was disappointment. The plot is poor, important questions are unanswered or ignored, the humour misplaced and immersion-breaking, and it simply does not feel like an authentic continuation of the existing Star Wars universe based on characters established over more than 40 years.

Technically, it is a masterpiece: the special effects are fantastic. Visually, it is a stunning recreation and advancement of the original Star Wars trilogy (Episodes IV-VI). Most of the actors, particularly Hamill, produce a fine performance and John Williams’ score is as fantastic as you’d expect, too. Sadly, these aren’t enough for a Vader-esque redemption.