Games Review - A Way Out, Yakuza 6, Owlboy and Ni no Kuni II 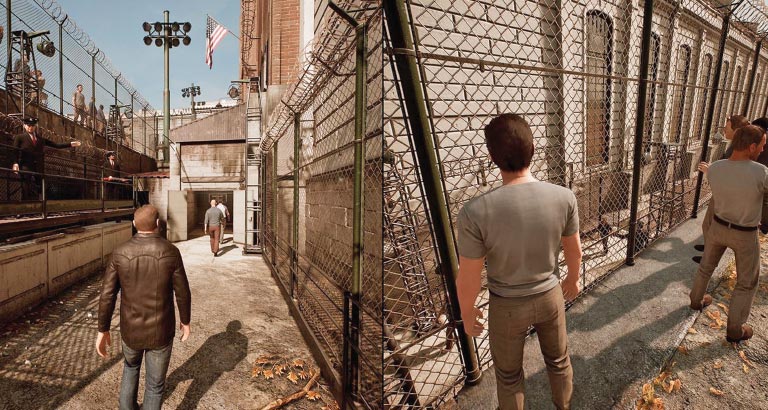 What is it?
A Way Out is a co-op only game uniquely tailored for two players to work together no matter the situation. Through a compelling narrative, Leo and Vincent embark on an emotional adventure where they will live some memorable action moments that they will face together, including car chases, stealth passages, melee fights, shootouts and more.

Gameplay
The game is only played in either online or local split screen co-op between two players with no single player mode. As such, it requires strict teamwork and timing that will often leave you on the floor laughing as much as it will have you exhilarated by the sharp, snappy mechanics. Even though it’s focused on its story sequences, A Way Out is decidedly not a ‘walking simulator’-style adventure – in fact, it’s more like a collection of largely enjoyable minigames.

Graphics
A Way Out is extremely cinematic, and it ebbs and flows like a movie, despite a runtime about three times longer than your average theatre experience. You will spend a lot of its roughly six hours with your controller down, watching cutscenes, but they are beautiful to look at, with the gritty 1970s locale perfectly rendered. Furthermore, many of the action scenes are cut perfectly in one take, whilst the screen is constantly split so you can see what your partner is doing.

Yakuza 6: The Song of Life
Yakuza 6 is an action-adventure game set in an open world environment and played from a third-person perspective. It is similar to that of other Yakuza titles with exploration mixed with arcade-style, over-the-top combat. Kazuma Kiryu returns as the main and only playable character and the game features locations of Kamurocho and Hiroshima.

Owlboy
Owlboy is a vertical platform adventure set in the sky, where the islands of the world have been spread apart after a great calamity. You play as Otus, among the last of the Owls, a renowned race that has produced many of the world’s great wonders.