Movies Reviews | Ready Player One, Rampage, Life of the Party 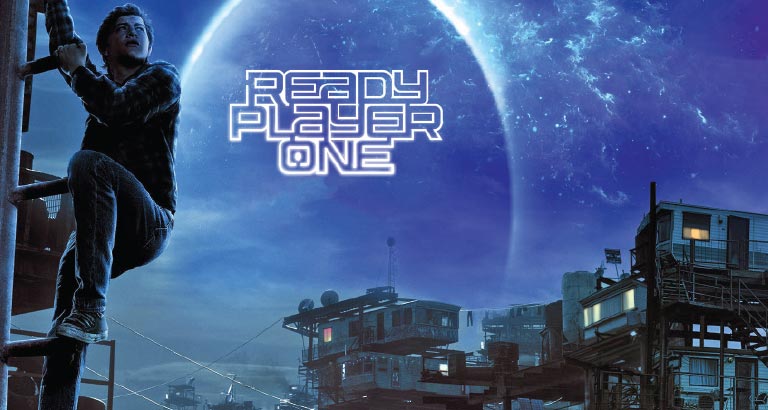 The Plot
In the year 2045, the real world is a harsh place. The only time Wade Watts (Tye Sheridan) truly feels alive is when he escapes to the OASIS, an immersive virtual universe where most of humanity spends their days. In the OASIS, you can go anywhere, do anything, be anyone – the only limits are your own imagination. The OASIS was created by the brilliant and eccentric James Halliday (Mark Rylance), who left his immense fortune and total control of the OASIS to the winner of a three-part contest he designed to find a worthy heir. When Wade conquers the first challenge of the reality-bending treasure hunt, he and his friends are hurled into a fantastical universe of discovery and danger to save the OASIS.

Worth Watching?
The most wonderful and remarkable part of the film is its visual effects. It captures the feeling of being in a video game, not knowing where the line between real and virtual is, although the film will ultimately tell you where it stands on that distinction, too.

It’s chock-full of little Easter eggs, with something for everyone to recognise. Spielberg has managed to balance the sugar-rush of nostalgia with an un-cynical thrill ride, and it very much captures the magic of some of his earlier films.

Life of the Party
When her husband suddenly dumps her, long-time dedicated housewife Deanna (Melissa McCarthy) turns regret into reset by going back to college – landing in the same class and school as her daughter (Gillian Jacobs), who’s not entirely sold on the idea. Plunging headlong into the campus experience, the increasingly outspoken Deanna – now Dee Rock – embraces freedom, fun, and frat boys on her own terms, finding her true self in a senior year no one ever expected.

Rampage
Primatologist Davis Okoye (Dwayne Johnson) shares an unshakable bond with George, the extraordinarily intelligent gorilla who has been in his care since birth. But a rogue genetic experiment gone awry transforms this gentle ape into a raging monster. As these newly created monsters tear across North America, destroying everything in their path, Okoye teams with a discredited genetic engineer to secure an antidote.