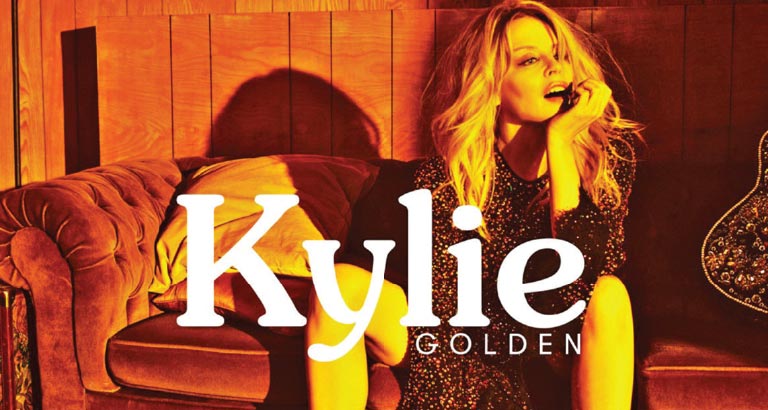 Kylie Minogue – Golden
Verdict: A nice change of style for the icon.

What’s the story?
After a long career full of many course corrections and detours, it seemed like Kylie Minogue was locked into being a shiny, glittery dance pop icon for life. A label change and some personal turmoil in the form of a soul-shattering break-up sent Minogue looking for something new musically. When planning her first album for BMG, a label rep asked if she had ever thought of recording country music in Nashville and she jumped at the chance. For 2018’s Golden, Minogue went to Music City, got to work writing songs with some seasoned pros, and ended up co-writing all the songs on the record.

Worth a listen?
It’s heartbreaking and uplifting in turn as Kylie makes sense of where her heart has taken her, set to the tune of fiddles, guitars and woodsy backing vocals along with the more traditional synths, drum machines, and club beats one usually hears on a Minogue album. She and her team of musicians, writers and producers straddle the line between twang and glitter on just about every song; sometimes, it leans more in favour of line dancing, sometimes the glitter ball takes over, especially on the shimmering Raining Glitter. Sometimes, like on Live a Little or the very hooky single Dancing, it’s the best of both worlds. It’s an interesting mix that puts her in line with much of what’s happening in mainstream country.

Daniel Avery – Song for Alpha
There’s no shortage of steady, hypnotic beats here, but this album seems more abstract and hazy compared to the electro-influenced club singles included on Avery’s previous effort Drone Logic. Tracks such as Stereo L and Slow Fade are mid-tempo acid-ambient baths, weaving scintillating webs of cerebral beats and swirling fuzz. It might take more listens to connect with Alpha than with Drone Logic, but it’s just as powerful and fascinating.

Johnny Cash – Forever Words
In 2016, a new wrinkle was introduced to Cash’s posthumous legacy when a collection of his poems and lyrics, previously unknown, was published in a book titled Forever Words: The Unknown Poems. Now 16 of the pieces from that book have been set to music by a variety of musicians. While Cash’s lyrical voice is strong in these recordings, each artist wrote and arranged their own music for the songs, and as a consequence this runs all over the stylistic map. Overall, it has some brilliant moments and is an often-moving tribute to Cash’s gifts as a writer, but, as a listening experience, it’s unfortunately inconsistent.

Mind Over Mirrors – Bellowing Sun
The album is an intricately arranged suite filled with minimalist drum patterns, kaleidoscopic synth sequences, and transcendent yet earthly vocals. There’s a decreased presence of distorted harmony compared to previous MOM releases, with fiddle playing more thoroughly integrated into the mix. One of the album’s exhilarating highlights, Zeitgebers, is driven by an up-tempo beat which makes the piece feel like a brisk train ride through the countryside. Vermillion Pink is more drawn out and a whole lot trippier.