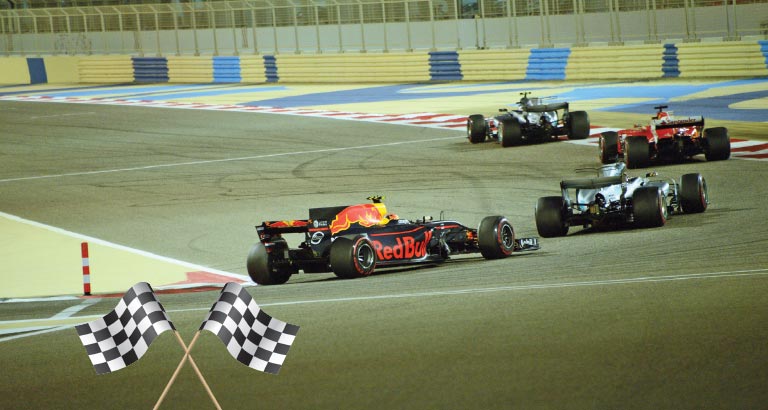 The 2018 FIA Formula 1 World Championship is set to be an epic season.

The new campaign will feature 21 Grands Prix held all across the globe, in five continents.

Bahrain is the second race in the season with Sebastian Vettel having taken the early lead in Australia, beating Lewis Hamilton after a pit stop when the Brit had led for most of the race.

Reigning champion Hamilton, of Mercedes, and chief rival Vettel, of Ferrari, are both vying for a fifth drivers’ world title. Should either of them win, they would join only Michael Schumacher and Juan Manuel Fangio as drivers who have achieved that feat.

Mercedes could also become the only team, other than Ferrari, to win at least five straight constructors’ world titles. Mercedes are currently among four teams who have won four in a row, and they now have a chance to continue their magnificent run and try to catch Ferrari’s record of six straight. 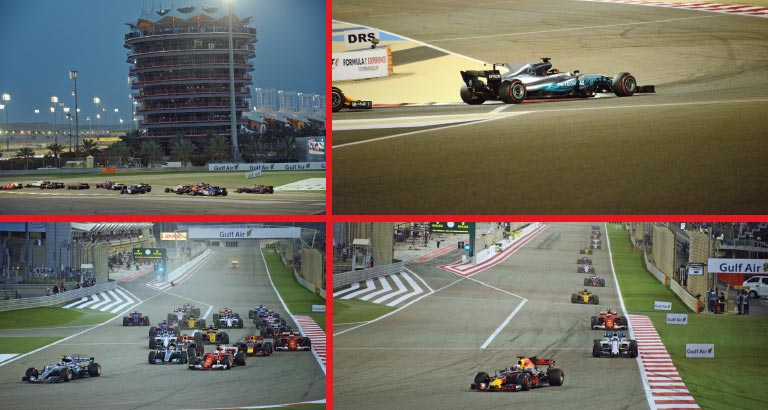 Formula 1 has implemented several changes for the new season.

The Bahrain Grand Prix now flags off at 6.10pm on Sunday, April 8, 10 minutes later than its regular start time.
There are also chances for fans to get an even closer experience to all the racing.

The introduction of ‘Grid Kids’ will see up-and-coming local drivers playing a major role in the pre-race build up, whilst the new Formula 1 Pirelli Hot Laps programme will be launched at the Bahrain Grand Prix. This will offer a few lucky fans the chance to be driven round the track by an F1 driver. In addition, fans will have the opportunity to join the ‘Truck Tour’ experience, parading around the circuit in open-top buses during the race weekend.

McLaren has a new engine partner in Renault and there are several driver changes, including Charles Leclerc, the reigning Formula 2 champion, now driving for Sauber, and fellow-rookie Brendon Hartley driving for Toro Rosso.

Amongst the new technical regulations, the use of a halo cockpit protection device will be the most obvious modification to the car, providing an additional safety feature for the drivers in case of an accident.
Aside from Formula 1, there will be plenty of racing in the two support series, namely the FIA Formula 2 Championship and the Porsche GT3 Cup Challenge Middle East.

Formula 2 is widely accepted to be the chief feeder series to Formula 1. It will be holding the opening round of its 2018 season at the Bahrain Grand Prix. The Porsche GT3 Cup is the biggest and most popular one-make motor racing championship in the entire region. It has been the number one choice of the Arab world’s most promising circuit racing drivers to broaden their racing experience in a professionally run series. The series will be holding its sixth and final round of its 2017-2018 campaign over the big race weekend.

Tickets to this year’s Bahrain Grand Prix can be purchased at the BIC stand at City Centre Bahrain. They can also be bought online at www.bahraingp.com or by calling the BIC Hotline on 17 450-000.