A Bit of Bahrain in Bollywood 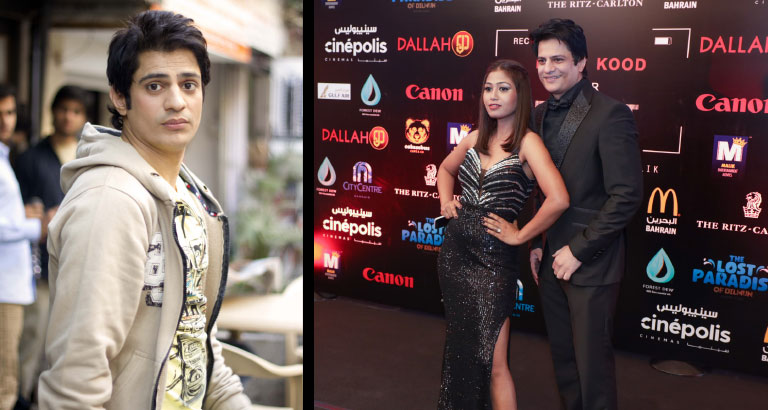 The Bahrain film scene has achieved a major milestone as the first Bollywood production to be majority-filmed in the country has been released. Khel Kood Aur Bhoot (‘Fun, Frolic and Ghost’) is the work of Adnan Malik, a former journalist-turned-filmmaker who took a leap of faith to make the movie. We sat down with him to find out more about his gamble, the film and the future on the back of its success.

Congratulations on the release of your film, Adnan! Could you tell our readers how you came to be a filmmaker?
I wanted to get away from the realism of news agency journalism and public relations, which were equally daunting. I firmly believe that anything you can see in your mind’s eye you can achieve, so I quit, had faith in God and in my dreams, packed my bags, and took the flight to my ancestral homeland - India.

How do you feel about completing the project?
It’s a dream for any creative person to see their work play out on the big screen. Due to unforeseen events such as the pandemic, I used to joke with friends that my movie might have the tagline ‘never in the cinema near you.’ Eventually, the film was completed in three blocks of 20 days, so approximately two months.

When I released it on India’s largest streaming platform – MXPlayer – on May 13, it was incredible as it gave my movie the visibility I had hoped for. It also rewarded me with an audience of millions. The only tiny drawback was that platform did not have any Bahraini or Arabian Gulf presence for that matter. With constant requests to release in Bahrain, the only option I saw was either to release in cinemas or tie up with other platforms like Netflix or Amazon which had a regional presence. Luckily, cinema chains came on board to release my movie.

I’m especially proud that the movie picked up an ‘honourable mention’ in the 2019 edition of the Columbus International Film and Animation Festival – the oldest American film festival.

What compelled you to produce your movie? Is filmmaking something you have always been interested in?
I was told during my acting training that on a daily basis, at least 6,000 or more people come to Mumbai with dreams of making it in the film industry. With such a huge influx and large pool of talent, the chances for success are fairly slim. I was fortunate to have my family’s support to pursue my dream and also my journalism background and living outside India gave me out-of-the-box thinking. Producing my own movie gave me the artistic and creative freedom to do as I desired. 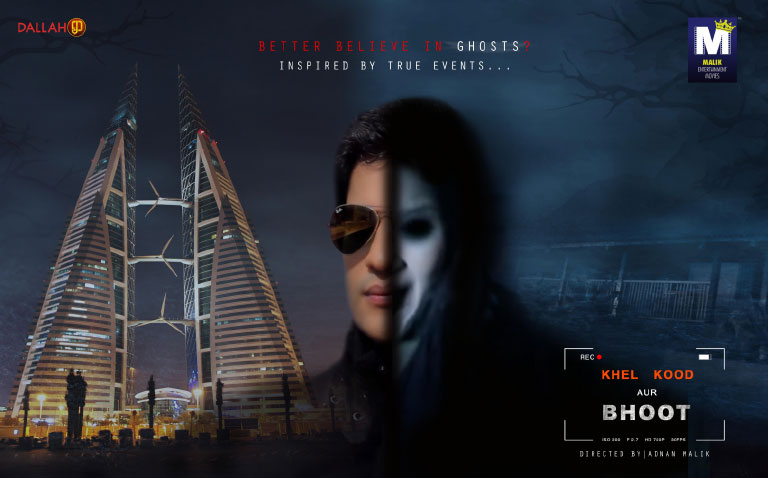 What can you tell us about the movie, the cast and production team?
Khel Kood Aur Boot is a story inspired by the true events of six friends who embark on a documentary-film-making adventure to figure out whether ghosts exist or not. Their interviews with the common people lead them to a supposedly haunted house in the suburbs near Mumbai, where they come face-to-face with the frightening truth. I had the concept for several years in my head and I partly narrated the story to my acting class in Mumbai and it freaked them out! I do owe credit for the title to my mum, though!

Finding a break in Bollywood can be very tough in light of the competition and talent available. From the beginning, the idea was to give new talent a chance, and find new and unknown faces for the movie. I believe horror movies have a better impact on the audience when they see unfamiliar actors. The easiest character to cast was myself as I felt I could portray the non-resident Indian with ease. All others were selected either through auditions or by bumping into them in the street and asking!

Some of the support cast are based in Bahrain, including my sister Almas, who is a doctor at King Hamad Hospital’s emergency ward.

What was the main inspiration behind the story?
It’s inspired by some paranormal experiences that occurred during my teenage days with friends in Bahrain. This story is based on those occurrences and, of course, dramatically sprinkled with some Bollywood masala – the usual songs and dances to add commercial value.

Approximately 85 percent of the movie was shot in Bahrain. What compelled you to pick Bahrain as the primary location?
Bahrain is my homeland and every citizen is a representative of their own country, and we need to look at how we can align ourselves with His Majesty King Hamad’s vision for the Kingdom. I’ve always wanted to do something for my country and also something that my parents and family, in general, would be proud of.

Movies are a great medium for promoting a destination and the fact that it’s the first movie shot here is a unique selling point for us. Bahrain has a rich history and culture and, of course, a huge Indian population. Bollywood movies and series have been shot in neighbouring Gulf countries but never here, so I thought it was time to fix that. 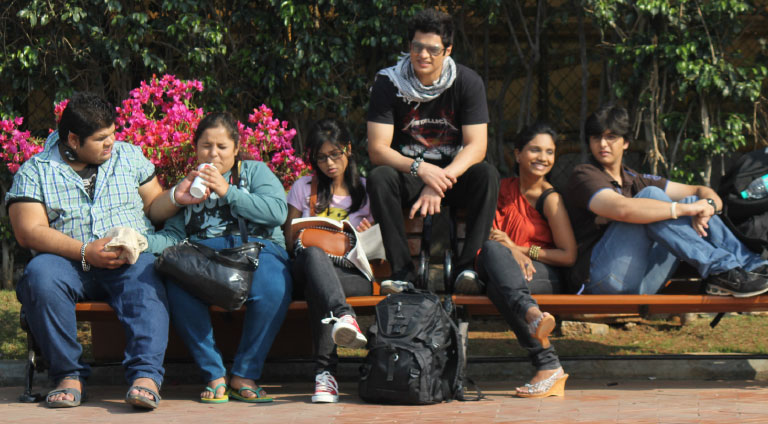 A lot of the visual style and storytelling is very classic Bollywood. How, to you, does this differ from traditional Western/Hollywood filmmaking?
Filmmaking is a technological enterprise and personally speaking, Hollywood is way ahead in terms of technology and originality in scripting and filming.  A lot of what is used in the West eventually trickles down to the East, inspiring filmmakers around the world to do the same.

Also, both Hollywood and Bollywood employ different methods of doing business and they both make very different movies. The main distinctions revolve around how both make films that are spread across genre, special effects, budget, the market and audience, and last but not the least, the cast.

Yes, Bollywood has a lot to catch up to do with Hollywood, but with the market opening up for new directors, a leapfrog in technology for filmmakers from the subcontinent, and fresh talent emerging, Indian cinema will pass with flying colours.

I will add that Bollywood is a force to reckon with now.  The Indian film industry cannot be ignored anymore. It is growing exponentially both in terms of revenue generation and profits. It has not only managed to attract global audiences, filmmakers, and actors but also Western production houses such as Disney, Warner Bros., 21st Century Fox, etc., to name a few, who are reaping the rewards of their investments.

The films has a fun end-credits sequence with bloopers, what are some of the more fun on-set anecdotes you can recall?
There are many incidents as it was a great team to work with. However, there were also some scary incidents that we laughed about later like when I had to literally rescue my 250-pound co-actor in a swimming pool scene. He didn’t know how to swim, but he said he could as he didn’t want to be left out of the scene. I had to drag him kicking, screaming and clawing out of there.

What are your plans for the future? Is there a sequel in mind?
Yes. A sequel is in the works and in fact is in the treatment stage at the moment! Furthermore, I’m planning to bring the first Bollywood acting workshop to Bahrain in October with a renowned Bollywood cinematographer. For those who would like to learn to act in front of a camera, this would be an ideal learning opportunity. Some of the workshop participants could be chosen for the sequel.