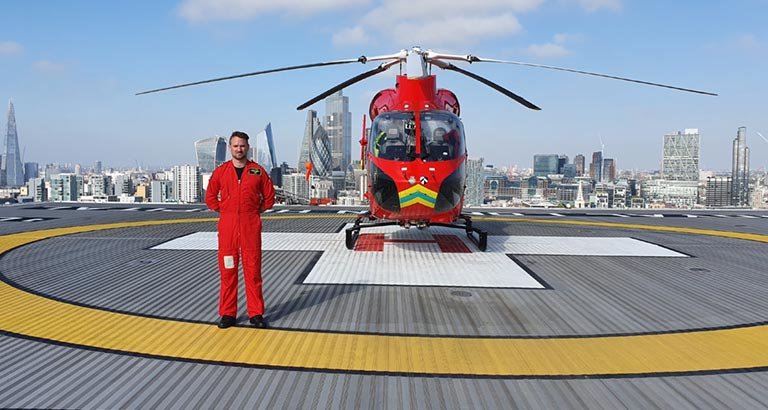 Sam Thompson is a distinguished serviceman, with experience in the Royal Air Force (RAF) and the London Air Ambulance. He spoke to Bahrain This Month about his new job in the Kingdom and gave us an insight into his training alongside some of the UK’s most prominent royals.

Please can you tell us about yourself and how you came to Bahrain?
I work for the Ministry of Interior as an advisor for the police helicopter unit. They actually headhunted me and invited me over to develop and improve some of the aspects of safety and training with the aviation unit. I took them up on the offer, learnt a little bit about Bahrain beforehand and it’s been an absolute pleasure since.

You were a helicopter pilot in the RAF for 11 years. Can you briefly share the highlights of that assignment?
I do remember certain things such as survival training and counter-interrogation training, which involved being shouted at when extremely cold, wet and having been starved of food for several days. This is standard intense military training which at the time I’m sure I felt were particularly unpleasant, but now as I’m older and with slightly rose-tinted spectacles, I feel very proud to have persevered through that.

I’ve had the privilege and honour to work with some very interesting and professional people. I’ve led a squadron fly past, at which His Royal Highness Prince Michael of Kent was there to see the ceremony and it was a privilege being asked to do that considering it was my last flight in the RAF.

You worked alongside some very famous British Royals for a spell, can you tell us more about that?
Indeed! I have some strange parallels with Prince William actually. We were rather surprised during helicopter training in 2008 to be told that we’d have a special guest, or rather a special colleague, who would be joining us to go through his helicopter training. He was doing a slightly bespoke course, a little bit different to the rest of us, but we graduated as one unit. We had the privilege of being accompanied by William, his father Prince Charles and Camilla to the ceremony, and because of their attendance it was made extremely special and it is a career high which will stick in my mind forever. 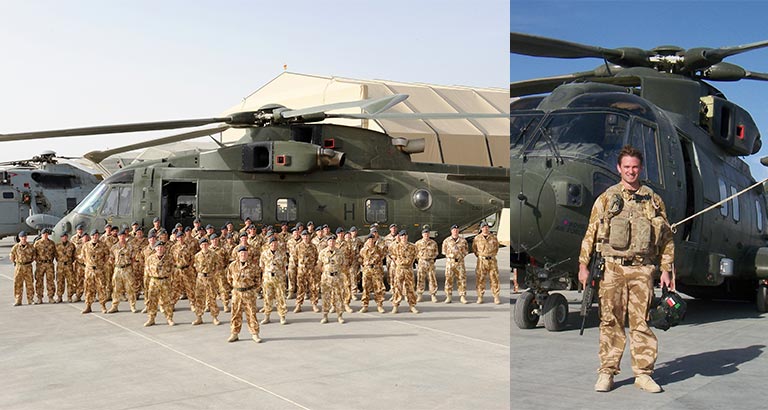 I thought that would be the last I’d see of him in the RAF. However, he did go on to serve in the search and rescue unit, and then quite bizarrely, we ended up leaving the air force at a similar time. I went to fly with the London Air Ambulance, and him being the Duke of Cambridge, he went to fly on the unit based in that county. There was one particular day where I was working on top of the Royal London Hospital in Whitechapel, which is the major trauma centre for London. We saw another helicopter coming in, which was not too unusual, so I didn’t think much of it until Prince William stepped out!

I did have some contact with Prince Harry too. He was in the army, not the air force, but was also a helicopter pilot. I bumped into him on an exercise in Salisbury Plain where he was training in an Apache.

What do you enjoy most about living and working in Bahrain?
I didn’t know too much about Bahrain before I came to work here. What I found incredible is the hospitality and warmth of the Bahraini people I’ve worked with. The weather of course is incredible compared to the UK – my wife particular likes to make the most of it with sunbathing!

Can you please share your thoughts about Her Majesty’s Platinum Jubilee celebrations and what it means to you personally as an ex-serviceman?
The Royal Family have an incredibly close connection to the military in the UK, with all branches and regiments having the royal title. I have a commissioning scroll signed by her personally, which I’m very proud of. The Queen served in the RAF during World War II and all of the princes have served in the arm forces, so I am privileged to share parallels with those. I think they continue to do a really good job and I offer my warmest congratulations.