An Affinity with the UK 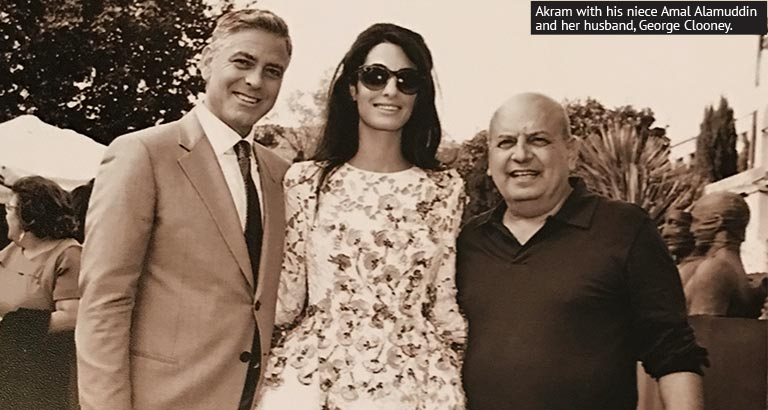 Akram Miknas is amongst the most successful businessmen in the Middle East. The Bahraini national runs one of the most successful advertising agencies in the region, Promoseven Holdings, and has a number of other business interests around the globe. He spoke to Bahrain This Month about his affinity with the UK.

You have extremely close relations with the UK. Can you tell us how much the UK has been part of both you and your family’s lives?
The UK has been hugely important for me! I will never forget my first visit to London where I took a cab from Heathrow to a small apartment next to Paddington Station. The first thing I wanted to do was go up to Buckingham Palace and wait in line to see Her Majesty Queen Elizabeth II. She came out onto the balcony to wave at us and I’ve never seen so much joy among a crowd; everyone was overjoyed to see her.

The UK has been my second home ever since my family escaped Lebanon during the civil war there. They decided on London as a rescue and since then I have bought multiple properties there. I studied for a while in Scotland too to learn more about exhibitions and then in 1982 my advertising business needed a production house, which I started in London as it truly is the most international city in the world.

Even to this day, my sister still lives in London, as does my niece Amal Clooney and her husband George. They all have British citizenship and are very proud to be so.

I have only met the Queen once since, when she was decorating a family member with an award, and I was amazed by her incredible strength and presence.

What are your thoughts about the current state of business between Bahrain and Britain?
I think business ties are still strong because Bahrain is considered an important financial hub in the Middle East, while London is the hub of the world. I have personally invested in the British School of Bahrain and have another British-curriculum school called Quest which I am very proud of.

You are renowned as the founder of one of the biggest advertising companies in the Middle East. Do you have a particular British-based ad campaign you are particularly proud of?
Definitely! The best campaign I ever did was for HSBC Bank. It was a beautiful campaign because it featured an Arab traveller on his camel with a British guide. The story of the ad is that the traveller says: “Without you, I’d be lost”, and the guide says: “Without the bank, I wouldn’t be here!”

We also did work for British Airways in and I still have many close friends and contacts from the work we did with them.

What is your favourite British brand?
This is an easy one! It has to be Jaguar. I love their cars; I collect E-Types and currently have four. It’s the most beautiful car in the world, a marriage of impeccable design and engineering, coupled with the perfect match of inner and outer beauty.

Do you have any words for Queen Elizabeth II on the occasion of her Platinum Jubilee?
From my very first day in the UK, I have always loved the Queen and the royal family. What she has done for the country and the people of the UK in terms of stability, vision and understanding democracy and working within it is incredible. She’s an example for all of humanity and the world is a much safer place with her in it.