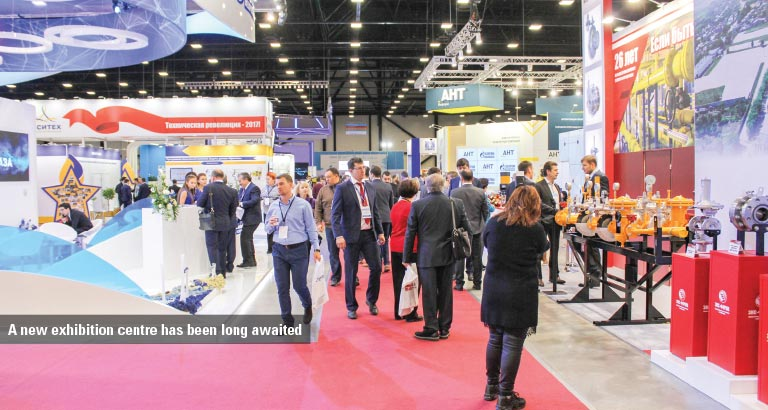 In a difficult regional market, Bahrain is doing its best to diversify the economy with tourism seen as an increasingly attractive and important income generation stream.

Latest available figures, for the first quarter of 2019, show the Kingdom welcomed 3.2 million visitors, up 3.1 per cent on the same period in 2018 which, itself, saw a six-per-cent increase on 2017. Bahrain Tourism and Exhibitions Authority (BTEA) aims to grow this number to 15 million over the next three to four years.

It’s a goal that HE Zayed Al Zayani, Minister of Industry, Commerce and Tourism, is confident can be achieved through the government working in partnership with the private sector. And this is already in process with the increase credited, at least in part, to various government initiatives such as the relaxation of entry visa rules a few years ago coupled with investment in infrastructure and encouragement of business travel.

The ‘Bahrain Ours. Yours.’ campaign was launched by Bahrain Tourism and Exhibitions Authority (BTEA) in 2016 with the goals of: supporting investment in tourism infrastructure; protecting and increasing tourist arrivals (KSA and regionally); launching Bahrain Tourism internationally; unifying Bahrain’s tourism and hospitality sector under a single proposition; and increasing foreign direct investment in tourism.

Developments that will have a huge impact include the expansions of both the airport and the Saudi causeway and the construction of the long awaited new national exhibition centre. 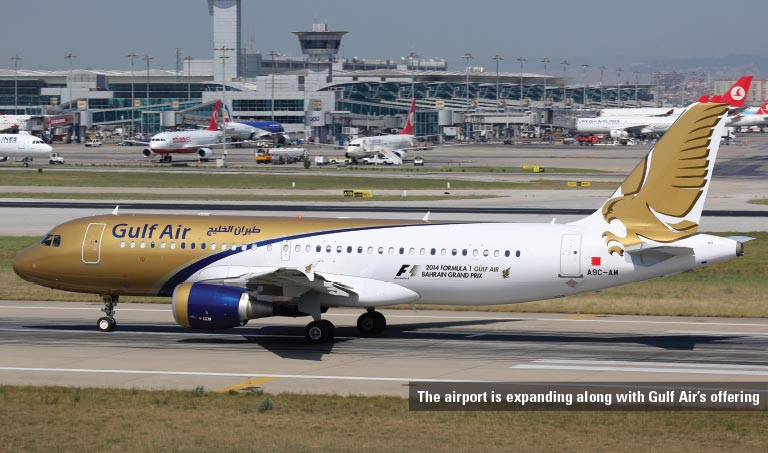 Earlier this year it was reported that work on the airport was 80-per-cent complete with opening scheduled for the third quarter of 2019. The USD1.1 billion project will see a new passenger terminal which will take the facility’s capacity to 14 million travellers per year. The development is timely in light of a surge in passenger numbers last year to 9 million.

And, according to Telecommunications Minister, HE Kamal Ahmed, a second airport could be on the cards. He recently told reporters that even the new airport is expected to reach its capacity limit by 2030. If the government’s economic growth plans hit their targets, he hopes a new airport could be ready by 2034.

With passenger traffic on the King Fahd Causeway hitting an all-time high earlier this year, plans are in process for the new USD4 billion King Hamad Causeway which will run alongside the existing road and will take both vehicle and rail traffic.

The contract for the long-awaited new Convention and Exhibition Centre Expo City project, next to Bahrain International Circuit in Sakhir, was awarded in May, at a cost of USD208 million. Work is expected to get underway in the coming months. With 10 halls and a built area of 149,000sq/m, it will dwarf the existing exhibition centre and is key to BTEA’s efforts to establish the Kingdom as a prominent meetings, incentives, conferences, exhibitions (MICE) tourism destination.

In the private sector, the Ritz-Carlton, Bahrain has also just announced the opening of a major new events space, The Arena, which will host weddings, conferences and more.

In its bid to attract greater numbers of visitors from outside the GCC, a number of new BTEA Tourism Offices have been launched in recent years. 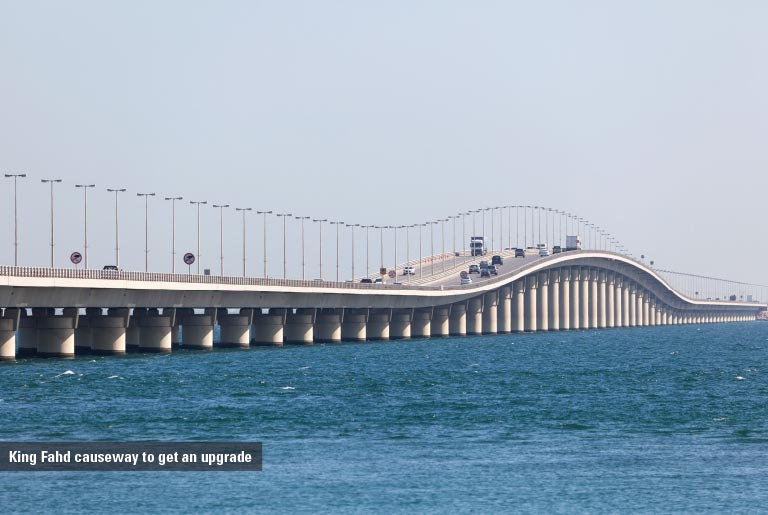 In June it was announced that the representative office in Germany witnessed an increase in the sales of travel agencies by 59 per cent and a 17 per cent increase in the number of tourist trips in comparison to the same period last year.

In India travel agency sales were up 690 per cent and total arrivals rose by 32 per cent. And the Russian office reported an increase of 728 per cent from travel agencies, with trips up by 107 per cent and arrivals up 101 per cent compared to the same period last year.

In May, BTEA CEO, Shaikh Khaled bin Humood Al Khalifa, revealed that more than 10,000 visitors from Russia had been attracted in the previous six months through a charter programme with Coral Travel – which operates charter flights from Moscow. Total expenditure attracted, at that time, was more than BD7 million.

Another BTEA initiative to promote Bahrain as an ideal exotic weddings destination has been backed up by a series of roadshows and event participations which has borne fruit in the form of several ‘mega-weddings’ from the Indian sub-continent with more planned for the coming months. These events typically boast upwards of 500 guests and the festivities last three or four days representing a huge boost to the local economy.

Venues such as Sofitel Bahrain Zallaq Thalassa Sea & Spa, the Ritz-Carlton, Bahrain and the Four Seasons Hotel Bahrain Bay are regularly booked out for the wedding parties and the venues work closely with BTEA which helps ease the whole process by liaising on issues such as visas, flights with national carrier, Gulf Air, and activity programmes to showcase Bahrain’s rich heritage.

On the hotel front, the Kingdom’s four- and five-star properties have seen a rise in occupancy rates on last year – 53 per cent in the five-star sector and 46 per cent for the four- stars, compared with 50 per cent and 42 per cent, respectively. 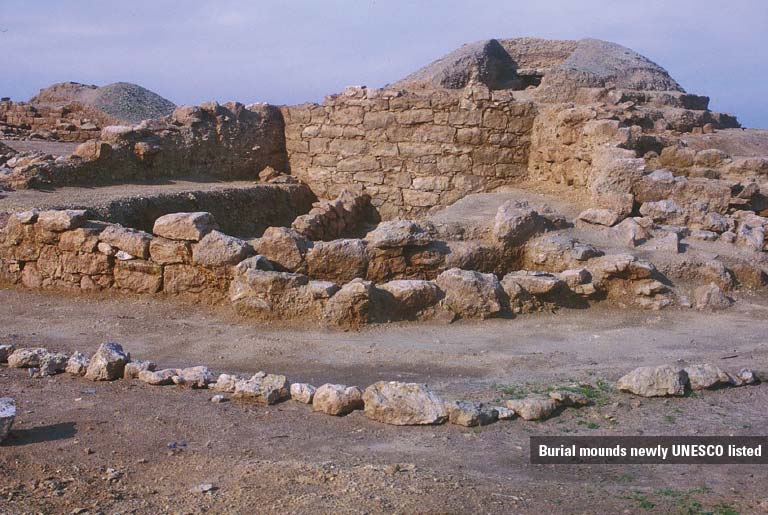 This has led to a return of cautious optimism and Sheikh Khaled has revealed that there are 22 new hotels scheduled to open over the course of the next four years, to meet the demands of Bahrain’s growing tourism sector. The operators include Hilton Worldwide, The Address Hotels & Resorts and Shangri-La. Refurbishments across the existing stock are also ongoing, such as that at Al Areen Palace and Spa which will relaunch under the Raffles brand after a comprehensive facelift.

In another development targeting the sector, the world’s first underwater theme park was launched off the coast of Amwaj Islands. Just opened to the public, once completed it will cover an area of around 100,000sq/m. Attractions include the centrepiece, a submerged Boeing 747, as well as a replica Bahraini merchant’s house and artificial reefs, all aimed to attract marine life and make the site a draw for divers and ocean enthusiasts.

Of course, all this activity is not only good for the economy, it is also beneficial to the local population. Up to 1,000 jobs were on offer at the Tourism and Services Career Expo which took place in July. The event was organised by the Labour and Social Development Ministry and positions were available across a range of fields with the 55 participating exhibitors as well as with the ministry itself.

All in all, the future for Bahrain’s tourism sector looks positive with HE Zayed Al Zayani telling meed.com: “We have the fundamentals to be an international tourist destination, from the weather to the location, culture, history and modernity. The people of Bahrain have always been welcoming throughout time. We have always had good feedback from people that visit or live in Bahrain, so we have the right ingredients.”