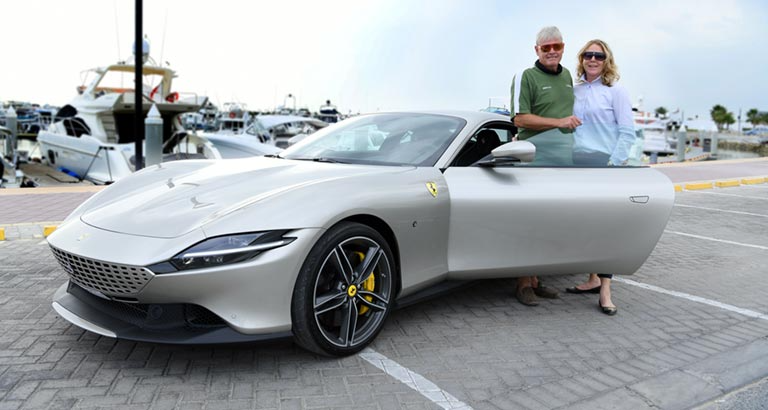 Bahrain This Month’s former motoring correspondent and a resident of the Kingdom for more than 40 years, Dick Potter, discusses his new venture back in the UK and reminisces on his time spent on our beautiful island.

When Dick Potter and his wife, Shirley, left the desert behind for a new life in the historic city of York, they took with them decades of memories made in Bahrain.

They are now the proud owners of the Perky Peacock, a café located in one of the oldest buildings in York. Barker Tower was built in the 14th Century, originally for the purpose of collecting a toll from visitors entering the city, and sits on the banks of the River Ouse. In a famous story, Florence Nightingale once waited there for a ferry to take her across the water.

Dick said: “It was with great sadness that we decided to leave Bahrain. We had made a lot of friends there during the course of our lives and we knew we wouldn’t be seeing them for a while. Bahrain is such a cultural society with Arabic, Indian, European, American and many more blending together in every aspect of society. The UK is multicultural too of course, but it is perhaps not as pervasive.

“We left with trepidation as we hadn’t run a café before, so it was a step into the unknown, but thankfully it’s worked out thanks to some great staff and customers.

“Having the café means you are naturally very sociable, as you are constantly building relationships with your clientele. Being on the river is an added dimension; we have a licence for beverages outside and there is an atmosphere like nothing I’ve ever experienced before. York is absolutely steeped in history and I encourage any readers to visit and breathe it in, take a walk around the city walls, visit the Minster, or any of the other countless historic sites.”

The couple live just outside York in a farm, alongside their cats which were also relocated from Bahrain. Their furry friends love their new home more than their owners, as they can now walk around the fields freely in cooler weather rather than limiting their ventures in the Bahrain heat. 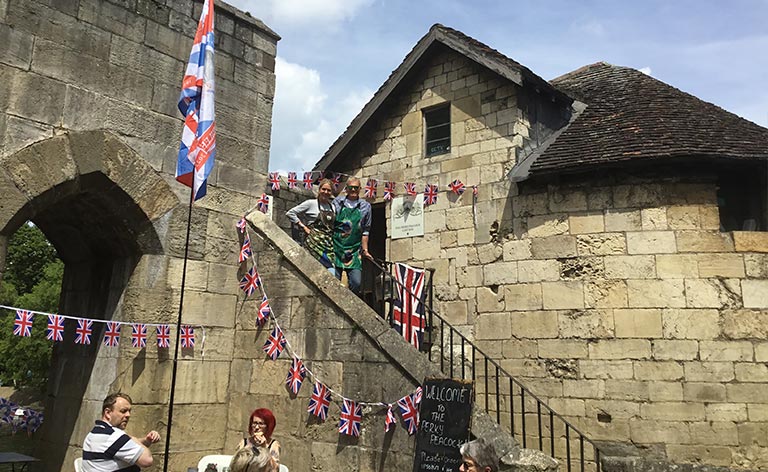 Speaking of exploring, this is one area which Dick is able to enjoy to a greater extent than possible in a tiny country such as Bahrain. A petrolhead he will always remain, as he shipped his beloved Ferrari 430 back to England with him.

He said: “To be able to take the car out on country roads and stop at a pub for lunch and a coffee is wonderful. The petrol prices aren’t though!

“What we love about being in England is being close to my father again. Funnily enough, we even like the weather, even though it’s rainy and cold far more often than we’re used to. Variety is the spice of life and we do get that with seasons.

“Admittedly, the one thing we do miss above all is the boating. It’s just not something you can really do to the same extent in the UK. It used to be wonderful having everyone gathered round on cruises where you could socialise easily.

“However, since we are on a river, I do want to get a smaller boat so we can enjoy being out on the water again. After spending 40 years surrounded by it, you do grow a natural affinity for it.”

Currently, the Potters are looking forward to the Jubilee celebrations this month. They will decorate their tower with Union Jack bunting, have special themed cakes and will play music outside on the river front.