Covid-19 - A Timeline Of Developments Across The Education Sector 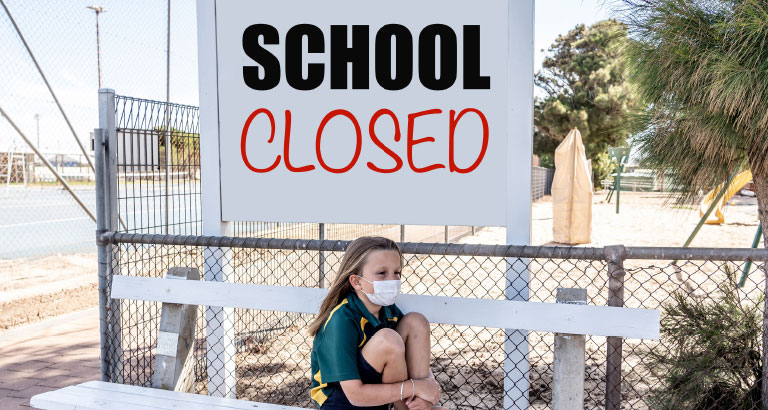 It is now more than three months since schools and other educational institutions were forced to close their doors due to the global coronavirus pandemic. Here we set out a timeline of how the situation has developed and, over the following pages, we learn how some of the country’s schools and colleges are coping and preparing for the future.

February 21 – Bahrain records its first case of coronavirus in a school bus driver returning from Iran.

Early March – Bahrain’s Ministry of Education (MOE) joins forces with the regional unit of the world’s dominant cloud services platform, Amazon Web Services (AWS), to power the Learning Portal for students all over Bahrain. It consists of many educational services that allow students to view lessons, activities, loaded educational materials and solve assignments as well as participate in discussion sessions between them (students) and teachers.

March 5 –       Schools are told to remain closed for another two weeks.

March 10 –     A proposal to extend school closures until the end of the academic year is rejected by Council of Representatives.

March 14 –     Lawmaker, Adel Al Asoomi, calls for private schools to cut their fees by 65 per cent.

March 17 –     Bahrain TV to broadcast eight hours of lessons according to Bahraini officials.

March 25 –     With schools still shut, Government suggests grades could be calculated based on assignments and previous semester results. No decision yet taken on whether exams will be allowed to go ahead.

March 29 –     Government reports more than 140,000 students in Bahrain are studying online. Both public and private educational institutes are offering lessons online and through broadcast channels. The government’s education portal is being used by 146,498 students and 18,000-plus teachers. A total of 75,715 parents have also accessed the resource.

March 30 –     Education Ministry Resources and Services Under-Secretary, Dr Mohammed Mubarak Juma, announces that students will be graded according to portfolio assessments. No conventional tests being conducted.

April 3 –         It was announced that public school students will also be graded for their remote working by uploading their activities into a ‘student portfolio’. The Minister added that students unable to access remote learning have been identified and their parents spoken with to ensure the educational process continues across the various platforms.

April 8 –         A top-level meeting is called to discuss the issue of school fees after parents launch a number of petitions demanding the fees be reduced since their children have been studying remotely at home.

April 15 –       Assistant Undersecretary for Planning and Information at the Education Ministry, Nawal Al-Khater, updates figures for the government’s own unique education portal eduNet, during the suspension of classes.
According to Google Analytics, a total of 477,012 unique users had entered eduNet between March 14 and April 14. This portal, which was launched in 2015, contains 408,000 digital materials, including 151,000 activities, 60,000 discussions, 74,000 lessons and 124,000 enrichment materials prepared by teachers between February 23 and April 14.

April 21 –       The Supreme Council for Women begins delivering remote educational support services for the children of the health and medical staff who at the front-line in combating COVID-19.

April 29 –       More than 1,600 teachers and education ministry staff are benefiting from 10 distance-training programmes to develop their technological and creative skills.

May 7 –          Seventy-three of Bahrain›s 76 private schools agree to reduce, postpone or reschedule fees.

May 11 –        The Ministry of Education announces that it has provided 1,162 online lessons in the second semester through the application of Microsoft Teams. Daily student participation has reached 32,000.

May 18 –        The Kingdom’s Education Ministry joins forces with Microsoft to accelerate its E-learning strategy and ease the transition to remote education in the Kingdom. The effort has given public schools free access to Office 365, including Microsoft Teams for students, teachers and faculty to connect, engage and learn.

May 20 –        The Ministry of Education sends a circular to private schools which did not complete assessment procedures, instructing them to implement the formula applied at public schools.

At the time of writing there had been a total of 9,962 confirmed cases of COVID-19 in Bahrain, of which 5,295 have recovered and 15 have died. The rest remain under treatment. There are no readily available statistics for the number of children who have tested positive, but the figures are thought to be low with the majority of cases recorded within the working population.