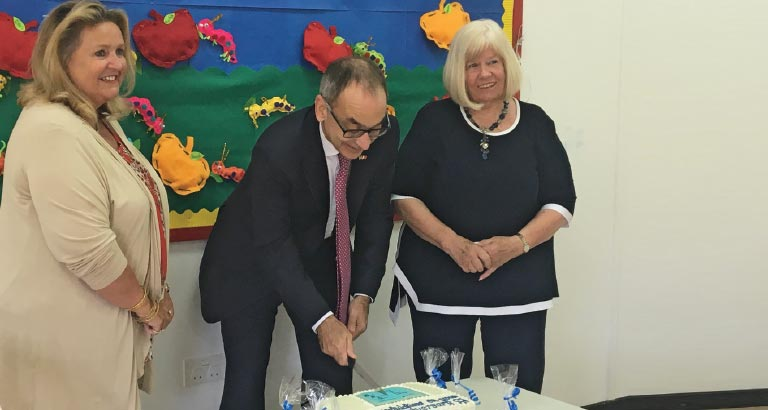 For more than 10 years, the British Preparatory School (BPS) has been one of the top contenders for early education on the island.

The school provides young learners with an educational environment that makes them feel secure and stimulates their minds to facilitate learning. It aims to help every child reach his or her full potential. At its helm is Sandy Whitford, MBE, a teacher with tremendous experience in the field of early learning.

She taught in the UK, Oman and Abu Dhabi before joining Bahrain’s St Christopher’s School in 1980, where she was head teacher for 20 years. Armed with years of teaching experience, she opened the British Preparatory School in 2008 and is primarily responsible for the reputation it enjoys.

Today, the BPS has expanded to three villas and two large portacabins, and has 180 students, aged between 18 months and six years. The institution prepares children for future learning by building firm foundations, confidence and self-esteem, as well as grooming them for entry into the larger British curriculum schools.

It is well-known for its ESL (English as a Second Language) programmes (for non-native speakers) and has a high number of students being accepted by the British School of Bahrain and St Christopher’s School, which also recommend BPS when they do not have available space. BPS has continued to grow this year with two forms of entry in all year groups.

In June last year, the establishment celebrated its 10th anniversary with His Excellency Simon Martin, British Ambassador, in attendance. He was highly impressed with the diction of the children during a musical presentation which was followed by him cutting the anniversary cake.

Sandy has facilitated teaching courses through the Ministry of Education for Bahraini teachers and, in 2014, was made a Member of the Order of the British Empire (MBE) for services to education and the British community in Bahrain.