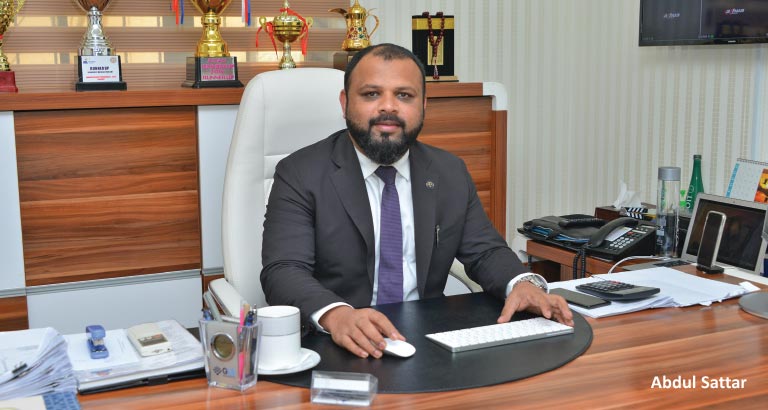 CEO and managing director of the President Group,
Abdul Sattar, chats with Behnaz Sanjana about the direction his business is taking.

It was only three years ago that we ventured into the hospitality industry.”

The President Group is a renowned name within the island’s accommodation sector. The company partnered in acquiring its first commercial property, President Heights in Juffair in early 2011. It was a difficult time for Bahrain then, but Sattar, a tenacious and focused expatriate entrepreneur, held on. With the hope for smoother times to return, his firm’s portfolio grew from that single property in residential Hoora, to several well-known hotels and apartment residences. Today, the group manages six family-oriented furnished apartment properties in Juffair as well as one three-star and two four-star hotels on the island.

“The company was mainly into high-end furnished apartments,” says Sattar, who hails from Mangalore, India. “It was only three years ago that we ventured into the hospitality industry. Manama Tower in Hoora was our first, and our latest acquisition is the Gulf Suites Hotel in Amwaj.”

Sattar has been in Bahrain since 1998 and worked with a renowned hotel chain for 11 years. He says: “After gaining extensive experience, I decided to branch out on my own. My aim was to provide decent and convenient short- or long-term lodging facilities for families.”

The four-star Gulf Suites Hotel is the organisation’s flagship property, with 173 apartments in various configurations – from one-bedroom studios to four-bedroom suites. “Amwaj is a well-developed, upscale area. It has great potential to grow further and has everything for residents and tourists alike,” says Sattar. “Being close to the airport, we are patronised by corporates from around the GCC, families from Saudi Arabia, and we are also one of the preferred accommodations for airline crew. European business travellers who require conveniently located, long-term lodging also favour us.” 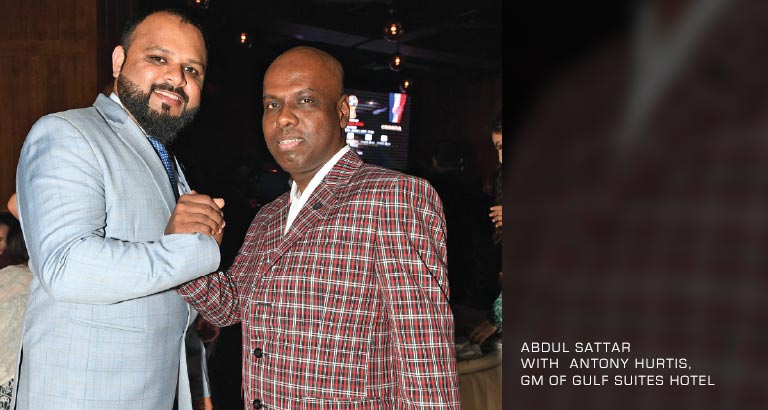 The hotel has a fair range of dining options, and has recently added an Irish Pub, Guinness Sports Lounge, to the list. “It’s been only a few weeks since we opened our doors to the public, but we’ve seen tremendous success. Our massive screens are a major attraction for sports enthusiasts, who enjoy the games with a sound system that gives a live, stadium effect. We also have gaming stations, which are a great hit with the multinational populace of Amwaj,” Sattar says.

A unique concept, Rainforest Lounge, is set to open shortly at the hotel. The management has gone all-out to ensure the ambience gives a forest feel. Sattar elaborates: “The décor will sport trees, jungle vegetation and even make-believe animals. There will be a family section and a separate party section, as well as a live band. The international cuisine will focus on meaty delicacies that will echo the theme. With innovative dishes on the menu (like Anaconda Pasta), it will amuse and delight guests. Specialist chefs have been flown in so that guests savour the authentic tastes of their chosen dishes.”

The President Group is bullish on yet another four-star in Amwaj, as well as assets in Juffair and Seef. The big plan is to consistently expand its hospitality portfolio to be the top name in Bahrain. “Although we have been offered the franchise of well-known brands, we have consciously decided to have our own homegrown signature style,” explains Sattar. “The group has refrained from having many partners, so as to ensure that we can give the best service to guests, without any compromise. It’s easy being the same as all the others; but we want to provide the wow factor. For instance, Gulf Suites Hotel prides itself for being a four-star establishment that provides many five-star amenities and operating standards.”

Sattar is grateful to Bahrain for being the easiest place in the region to do business. “All the ministries and authorities I have ever dealt with are so supportive, so I have never felt like an outsider. I have always been treated equally, and having spent half my life here, it feels like home,” he says.