Here for the People 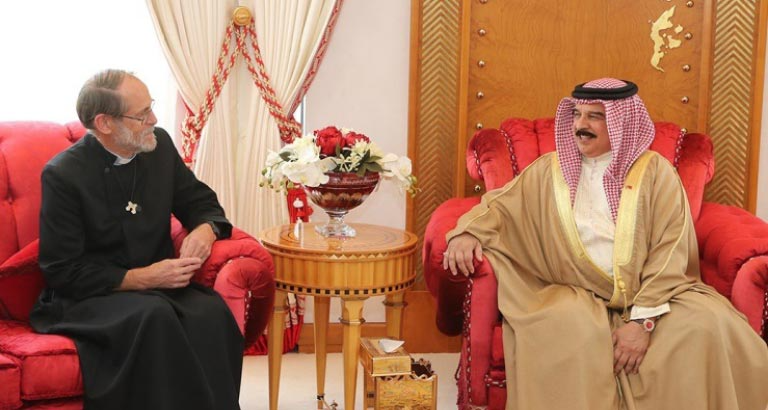 The Very Reverend Christopher Butt served as Dean of St Christopher’s Cathedral from 2009 until his retirement in 2019. He has returned to Bahrain for a brief period to help with the transition of the next Dean, and we couldn’t miss this chance to speak with one of the most important facilitators of strengthening cultural, religious and historical ties between the Kingdom of Bahrain and the UK.

When did the Church of England first establish a presence in the region?
The cathedral was built in 1953. Therefore, it’s almost a parallel of the time of the Queen’s coronation. At the time it wasn’t actually a cathedral but became so in 1986, which also meant it became the seat of the Bishop. It still remains an Anglican Church, part of the Diocese of Cyprus and the Gulf.

As an Anglican Church, what are the connections with the UK both, historic and modern?
The Anglican Church initiative came initially from English people who were here in Bahrain, largely serving in government-related posts wanting a place of Anglican worship. That sowed the seeds, although it’s important to note that the ‘Anglican’ Church is not just English, it’s a worldwide communion. That is reflected by the whole range of different nationalities which make up our congregation. I feel that the English language crosses all sorts of boundaries and brings together nations and particularly nations of the Commonwealth.

What are the main duties of a priest at St Christopher’s?
The main duty is to provide regular worship. There is a daily service providing pastoral care to all who come under our ambit. Even if the diary for the day is not full, you will always find on any particular day that there are people who come just to talk or are in need in some sort of way, and we of course help in any way we can.

During your time here, what did you enjoy most about living and working in Bahrain?
I think what stands out first and foremost is the generosity and the hospitality that we received here from the royal family and the wider Bahraini community. I also highly appreciated interacting with the sheer mix of people, from those that are well-off to those that are struggling, from local businessmen to migrant labourers because they are all part of our community and we must respond equally to them. 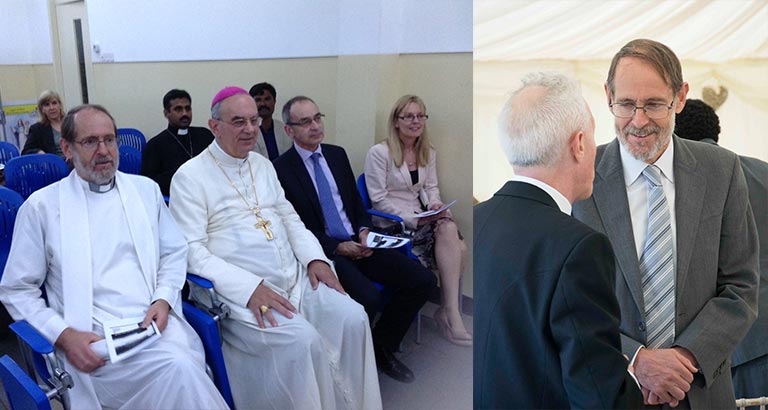 Can you tell us about your own celebrations for the Platinum Jubilee?
We’re obviously sharing the occasion with the community, so we will be at various celebrations. The big one at the Cathedral is the Commonwealth Songs of Praise event which we are hosting, and this is very deliberately ‘Commonwealth’ and not ‘British’ because of the cosmopolitan nature of our community. When I read the list of nationalities represented, it really is quite exciting to see who will be here. We’ve got representation from Pakistan, India, Kenya, Sri Lanka, Nigeria, South Africa, the UK and more.

Can you share your thoughts about the Platinum Jubilee itself and what it means to you personally since the Queen is the head of the Church of England?
One of the themes of our Commonwealth event will be to feature songs from several of Her Majesty’s Christmas broadcasts, which over the years have reflected her own deep, personal faith. I also believe her position, or role, of service comes across very powerfully in these songs.

One of the readings we will have is her vow that she made to the people of the Commonwealth in a broadcast from South Africa on her 21st birthday. Then, she was a young woman realising that she had a lifetime ahead of her dedicated to the service of God, of her people and to the people of the Commonwealth. And I think she’s just a marvellous example to everyone, a much better example than our political leaders I have to say.