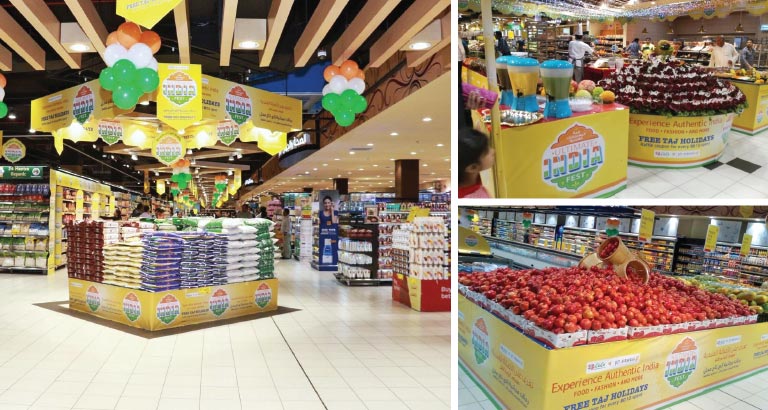 Lulu Hypermarket has thus far seen 11 years of success since the chain’s first introduction to the Kingdom in 2007. Now with six local branches, many shoppers choose Lulu Hypermarket due to the wide range of products offered at the best prices, one of many guarantees the chain stands for as well as its top-quality service.

Lulu values customer satisfaction, an undisputable fact that echoes “The Customer Comes First” service philosophy that the group incorporates. Chairman and managing director, Yusuffali MA, has ensured that this philosophy is at the core of his 150-branch network which includes Lulu Hypermarkets, supermarkets, department stores and malls; these stretch from Malaysia and India, through the Middle East, to the United Kingdom and US with the sheer size of the operation offering economies of scale from which customers reap the benefit.

Loyal Lulu shoppers are well-versed with the spectacular deals that are regularly available. And, in celebration of the upcoming Indian Independence Day, Lulu has the island covered with a range of great offers and promotions. Shoppers can expect a sizeable range of irresistible deals on products that hail from India – foodstuff, fruit, vegetables and meat.

In addition to grocery items, Lulu also has your back in terms of clothing offers so you can celebrate not just traditionally, but also fashionably. Promising a big Half-Payback Offer on salwar kameez and sarees, Lulu wants you to look your best as you engage in the special day celebrations

A company spokesman says: “We have a team dedicated to our fashion department, who ensure that our garments division is on-trend with the latest fashion and top-quality textiles.” He further added that due to the popularity of Bollywood films and high-fashion trends, Indian fashion is enjoying being under the spotlight, and therefore Lulu is joining in the excitement by showcasing seasonal Indian styles.

Lulu also recognises that no Indian celebration is complete without the famous Indian mithai, sweets which are appreciated and spoken about not only by Indian nationals, but worldwide. Adding to the festive atmosphere will be the display and sale of scrumptious traditional sweets – Kaju Katli, pista roll, Jalebi and Motichoor Laddo, to name a few. If you haven’t yet relished Lulu’s Namkeen or savoury snacks, make sure you try them out – you won’t be disappointed.

Director, Juzer Rupawala, says: “As the Indian community in Bahrain gets set to celebrate the 72nd anniversary of Indian independence, Lulu Hypermarket will lead the way with celebrations in all stores.” So that all can appreciate India’s growth and abundant assortment of goods, he also promises maximised promotions.