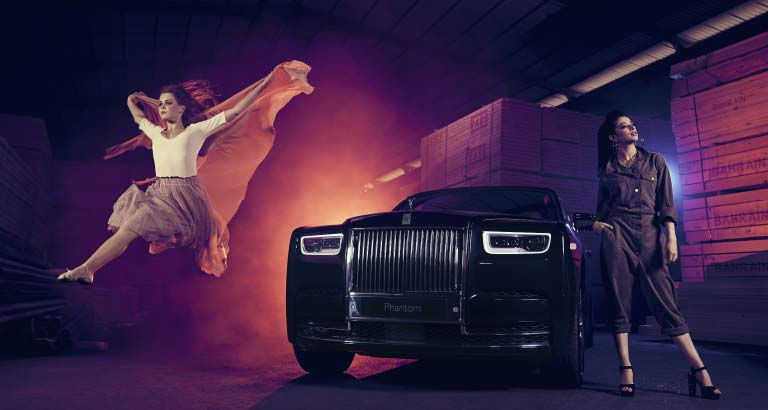 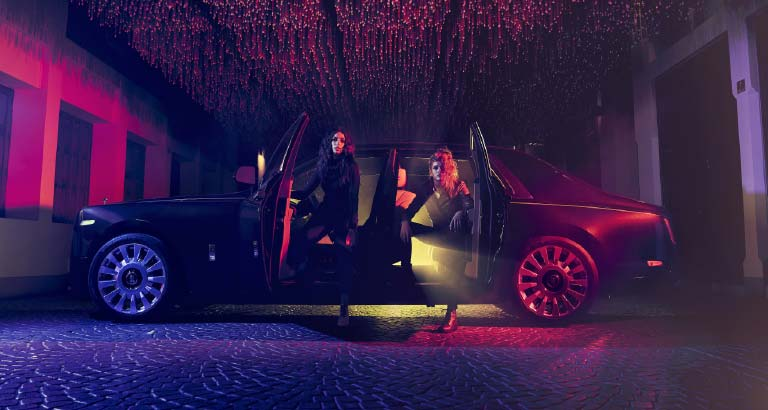 With the region’s biggest jewellery event just around the corner, we’re taking a look at pure, unadulterated luxury from cars to holidays to that all-important bling. What better place to start than a chat with Bahrain-based snapper Matt Wardle, who was chosen to shoot that apex of luxury – the Rolls-Royce Phantom VIII?

The classic appeal of ‘the best car in the world’, is undoubted. It has graced some of the most formative moments of the 20th and 21st centuries with an assuring, silent and sophisticated presence.

It is the motor car that proudly counts many of the world’s most influential and revered individuals among its wealthy collectors. 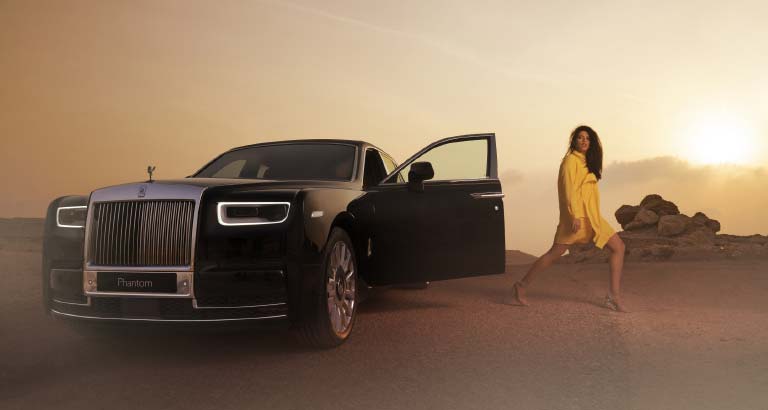 Matt, one of the Kingdom’s most acclaimed and well-known photographers, was invited to create Phantom Photography inspired by Rolls-Royce’s ‘Rules Rewritten’ campaign.

Designed to show the Phantom’s broad appeal to a generation who are firmly in the driving seat of their own destiny, Matt’s images captured the limitless opportunities for luxury and adventure this iconic motor car offers.

He says: “When Rolls-Royce Motor Cars Bahrain approached me to shoot the Phantom, I had real mixed emotions.

“Rolls-Royce is without doubt the most prestigious luxury car brand in the world. How to do justice to a car that’s built on one of the greatest heritage stories ever?

“I’ve shot cars and bikes a fair amount as I’m a full-on petrol head, so I guess this would be right up there with one of the best. Who wouldn’t love to shoot a Phantom?”

Explaining the story behind the pictures, he says: “The brief from Rolls-Royce was brilliant. Based on the concept of ‘rules re-written’ we wanted to show the Rolls as a car that rocked the status quo and carved its own path.

“The overarching concept is ‘work, rest, play’. The story features a central character and three states of the Phantom. The first is the journey, in this case the desert scene is the alternative path that our character is taking to work. 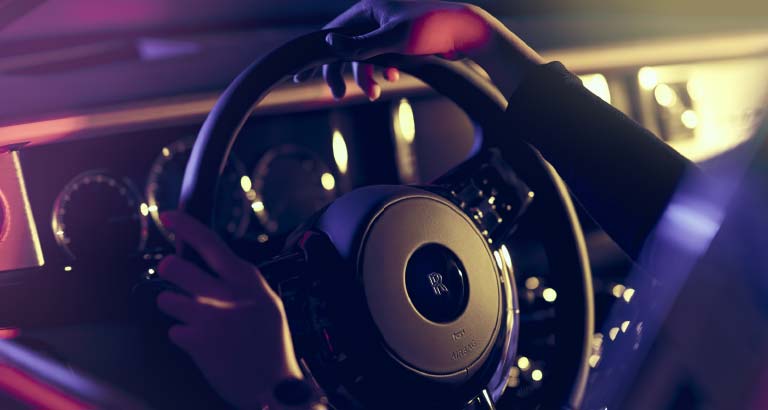 “Second is rest. This really is a nod to the Rolls-Royce spirit of ecstasy, the ballerina ads a lightness to powerful and driven women.

“Finally, we have play – shot in the souk and showing our central character and her friend lighting up the night with the Phantom.”

And the fact that the images have a strong cinematic bent is no coincidence. Matt continues: “I’m a big Ridley Scott fan with Bladerunner being one of the most ground-breaking and influential films that’s inspired me, for most of my career. I love the narrative and visual approach. It’s pure genius. The film noir aspect really drove the aesthetic that I wanted to recreate. Also, Bladerunner is set in November 2019... the perfect homage!”

The pictures feature a woman firmly in the driving seat and Matt says this was very much part of the story he wanted to create. “Absolutely. She’s a reflection of the spirit. Powerful, in-control of her own destiny. Driven and determined. It’s a trait I see in the women around me, especially the Bahrainis.”

As the dominant symbol of wealth and achievement, no other vehicle has come close to matching the impact the Rolls-Royce Phantom continues to have on the world.

Stepping through the famous coach doors into the Phantom is an event in itself, and a particular thrill for owners who choose to get behind the wheel themselves instead of being driven.

The interior is crafted from a mix of precious and contemporary materials, with every switch made from metal, glass or wrapped in leather. 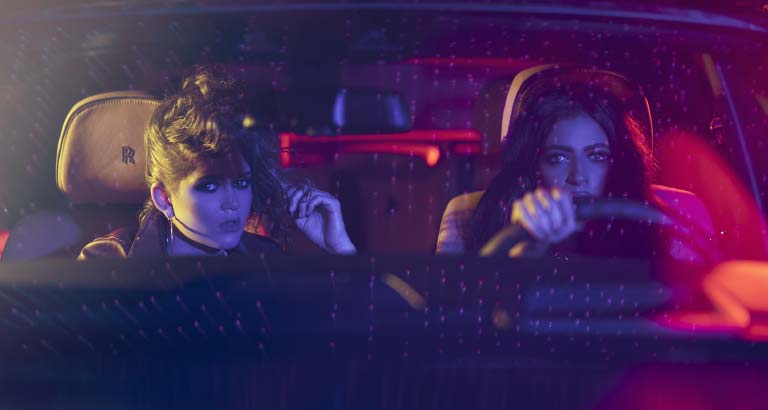 Hailed as a new concept in luxury, ‘The Gallery’ is an onboard artistic feature wholly unique to the Rolls-Royce Phantom. A first for any vehicle of any size, style of stature, ‘The Gallery’ allows for three-dimensional artworks to be installed in the dashboard behind a frame of glass.

Serving as the ultimate act of self-expression, the artistic possibilities of the ‘The Gallery’ along with the ‘self-drive appeal’ of the Phantom make this Rolls-Royce the premier choice for drivers looking to transcend the traditional and make their mark on the world in bespoke, luxurious style.

Rashid Z Al Zayani, who is Marketing Manager for the brand at dealership Euro Motors, says: “Matt’s fantastic photographs have captured an exciting new way of looking at the Rolls-Royce Phantom. They speak directly to a modern, youthful and dynamic audience who truly appreciate the motor car’s ‘self-drive appeal’.

“The Phantom is an iconic motor car that has been at the pinnacle of automotive luxury for generations. With these beautiful photos a new audience of owners is invited to step behind the wheel and discover the true definition of excellence with a Rolls-Royce Phantom.”

Matt concludes: “I’d also like to add that none of this would have been possible without my brilliant team, Maram, Fida, Hady and Mo. Plus the models from mattyB and my amazing client who gave me total creative freedom.”