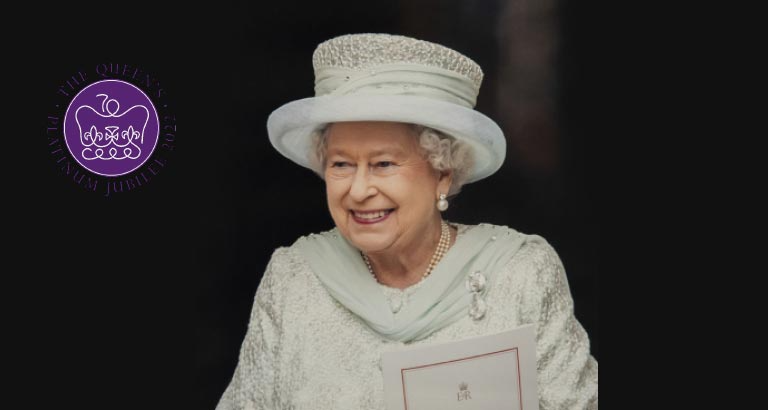 Celebrating the Platinum Jubilee of Her Majesty Queen Elizabeth II and the historic relationship between Bahrain and the United Kingdom.

On February 6, 2022 Her Majesty Queen Elizabeth ll became the first British Monarch to celebrate a Platinum Jubilee, marking 70 years of service to the people of the UK. To celebrate this unprecedented anniversary, several events were planned across the UK to mark this momentous occasion.

On this milestone anniversary, we look back at some iconic photographs of HM Queen Elizabeth ll, who has always maintained close diplomatic ties with the Kingdom of Bahrain. 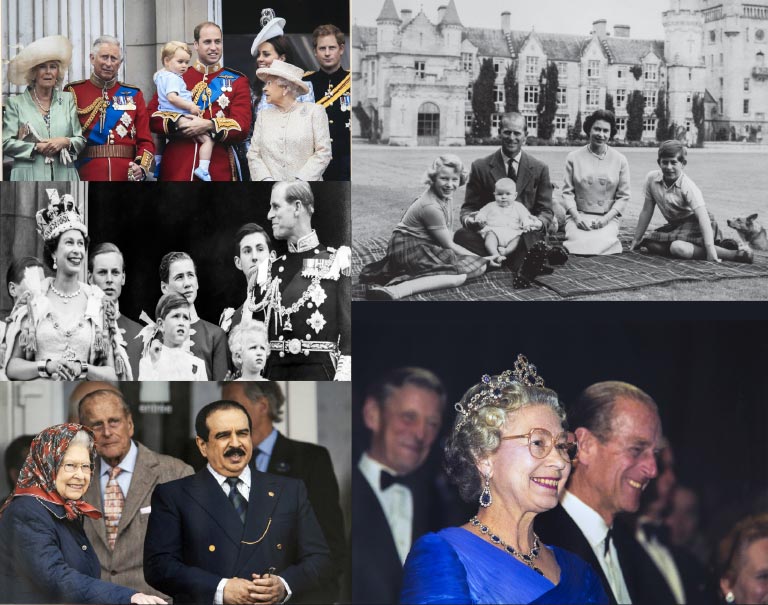 Notably, in 1979, Her Majesty Queen Elizabeth II was welcomed by the late Shaikh Isa bin Salman Al Khalifa, the then Amir of Bahrain when she disembarked from the Royal Yacht Britannia on her visit to Bahrain with the Duke of Edinburgh during her six-nation Tour of the Gulf States, the first ever by a female Head of State. 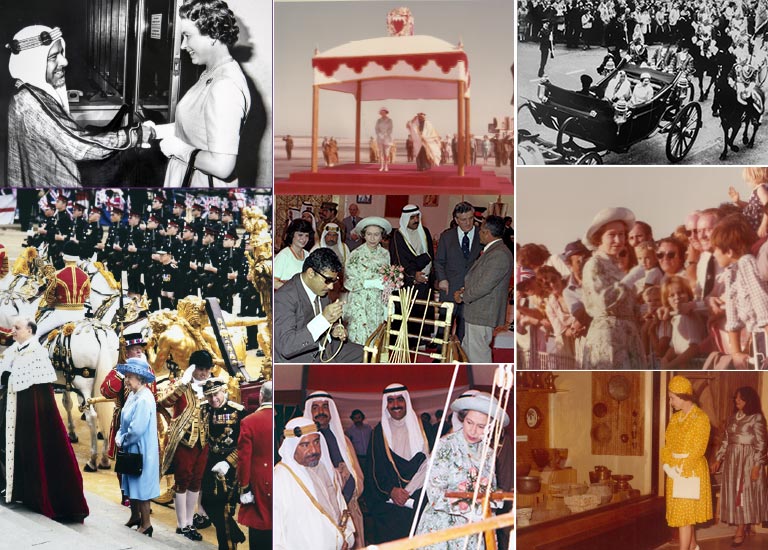 HM also visited an exhibition of local crafts at Budaiya Park, and went on a tour of the Bahrain Museum in Muharraq. During the tour Her Majesty met with crowds and high-level officials. Given the close ties between the two nations, the late Amir Shaikh Isa bin Salman Al Khalifa paid a state visit to the UK in 1984.