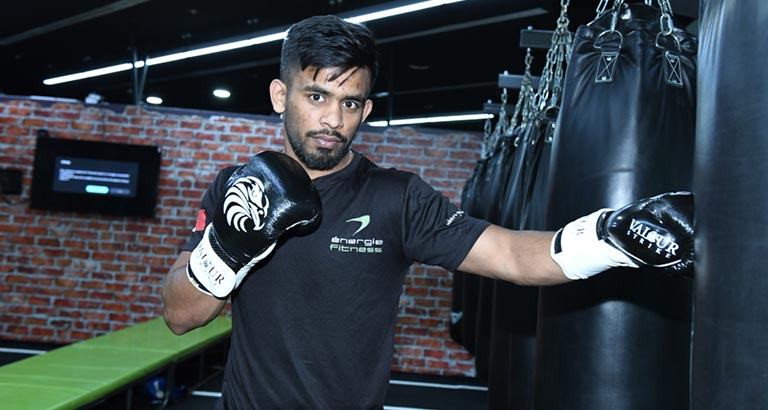 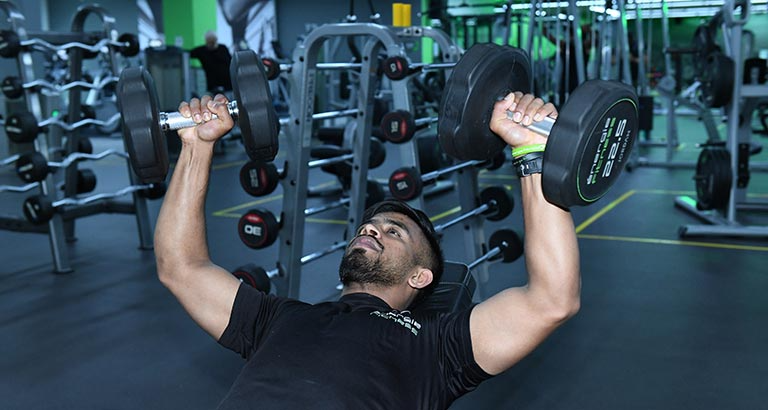 Being an athlete is no easy feat. Those that are determined enough to venture into the field and ‘make it’ must possess several qualities that, quite literally, enable them to go from strength to strength. They have to be disciplined, motivated, goal-oriented and have a passion for sports while being physically, mentally and emotionally strong.

This month, we had the pleasure of meeting one such individual – a committed young member of the National Boxing Team and trainer at Energie Fitness, Ariz Khan. He tells Farah Baig about being discovered, his achievements to date and his awe-inspiring goals.

Ariz has achieved a lot in the fighting arena and fitness industry over the last 12 years, but his passion for boxing started when he was just a young boy. “I was just nine or ten-years-old when I’d watch my brother come home from boxing training. He’d have messed up clothes and be tired but he was clearly extremely happy, so I was naturally curious. ‘What could it be that makes him so happy?’ I’d think to myself,” he reminisces.

Clearly fascinated by the idea, the young Ariz expressed his interest in being a part of the next training camp, and so, his beloved late father brought him all the gear he needed for what would lay the foundation for Ariz’s career as an athlete. “He’s the one that supported me and got me started,” he says.

“By 2015, I had received a silver medal in the national championship which drew the attention of the Indian National team,” says Ariz, who Is originally from the Indian state, Chattisgarh. “So, I moved to Bombay in 2015 where I trained with the national team. There was a total of 40 fighters including myself, 15 coaches, two doctors and several teams, and we’d have three training sessions a day – it was intense, but it was a fantastic experience.” 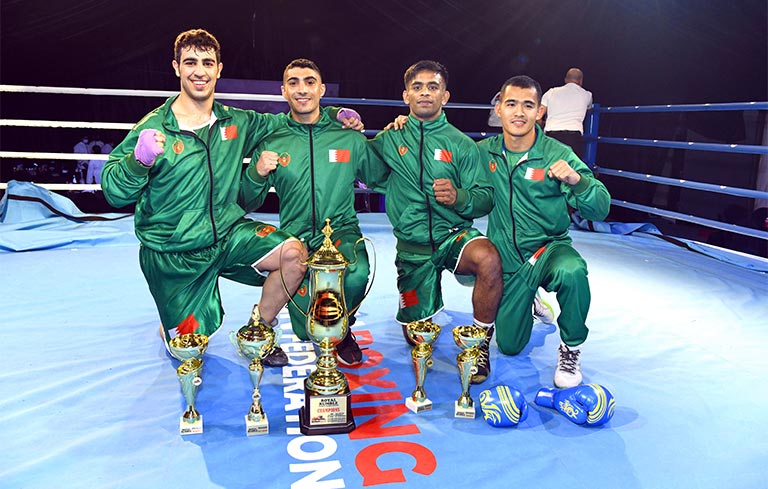 While attending international fights in 2018, Ariz visited the Kingdom of Bahrain where he represented India in a World Championship – a turning point in his life. “It was then that I’d met Ahmed Mirza, the owner of Energie Fitness. He contacted me when I returned to India asking me if I’d be interested in moving to and being employed in Bahrain, and the rest is history,” he says.

Ariz has now lived in Bahrain for the last three years and has continued to train avid gym-goers and fitness enthusiasts at Energie Fitness in Juffair. “I honestly believe that people in Bahrain are crazy about fitness and love sporting activities. In fact, I was the first employee at Energie Fitness and have seen the guy that joined on the first day come in nearly every single day up until now,” he says.

A year following his move to the island, Ariz began posting his training videos online which soon caught the attention of the Head Coach of Bahrain’s national boxing team, Tony Davis. “He reached out to me and asked me if I would like to join the national team, and we had a conversation about my accomplishments as a member of the Indian National team, at international fights and championships,” he states.

“Tony has a lot of experience, is a 3-star International Boxing Association Coach and Technical Development Manager. Training with him has been an invaluable experience and I am extremely grateful for all his guidance,” he says. “He has helped me make tremendous improvements to my tactics and techniques, he’s taught me how to defend and attack and imparted some classic boxer tactics.”

Considering the fact that fighters are faced with an opponent that is literally throwing punches means they have to think fast and have skills that surpass their opponent. “Being a fighter involves more than strength, it’s learning to think quick and Tony’s guidance has helped tremendously to further develop my skills,” he says.

Ariz has been a part of the national team since 2020 and looks forward to continuing to be a contributing part of it. His goal is to continue training with the team and represent the Kingdom of Bahrain at the Olympics in 2024. “I believe that sports and fitness in Bahrain is going to continue to develop tremendously under the guidance of HH Shaikh Nasser bin Hamad Al Khalifa and HH Shaikh Khalid bin Hamad Al Khalifa. They are constantly supporting athletes, promoting sporting events and encouraging a healthy lifestyle among the public too,” he says.

Over the years, Ariz has gained tremendous sporting experience and accumulated several illustrious sporting accomplishments. “The last fight at the Royal Rumble held at Bahrain Rugby Football Club was really special to me along with the Brave Fight. The Royal Rumble was really a big change for me and motivated me to work even harder,” he says.

In just over a decade, Ariz has gone from being a curious young boy to an accomplished fighter who boils his success down to consistency. “Training, training, training. Even in 2020, whether we were going through a lockdown or gyms were closed, I always trained. I’m extremely active, lead a healthy lifestyle and even go to bed early on a Thursday so I can wake up at 4.30 am on Friday and go Dragon boating,” he says. “That’s what it all comes down to – training.”

When asked what his advice for people wishing to get into boxing would be, he graciously concludes: “Just join a gym with the right equipment and train. Just start. Don’t overthink it or be nervous, just give it a try. The boxing community is very welcoming regardless of your fitness levels.”