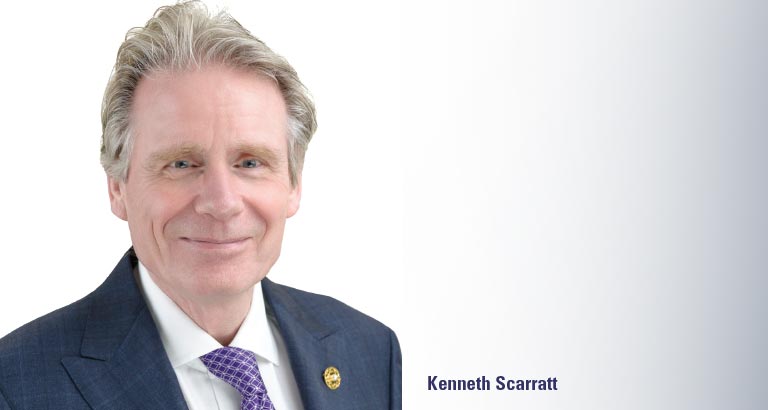 Bahrain This Month sheds light on Danat, the pioneering authority on precious gems in Bahrain, through its CEO, Kenneth Scarratt.

Kenneth has had a career in the pearls and gemstones research field since 1973. He has worked at the prestigious Gemological Institute of America (GIA), published several articles and research papers, delivered numerous lectures and co-authored books on the subject. He now lends his expertise to the Bahrain Institute for Pearls & Gemstones, also known as Danat.

Explaining the fundamentals of the institution, he says: “At the instigation of His Royal Highness Crown Prince Shaikh Salman bin Hamad Al Khalifa, Danat was established in July 2017 by the Bahrain Mumtalakat Holding Company. Danat aims to become the world’s preferred institute for gemstones and natural pearl third party verification services and plays a vital role in ensuring, protecting and enhancing public trust in pearls, gemstones and jewellery. Its services cover three main areas – the issuance of verification and authentication reports; continuous research and analysis of pearls and gemstones; and the provision of ongoing training programmes for young researchers and scientists.”

According to Kenneth, as the jewellery industry is forecasted to grow at a rate of five to six per cent annually, with global sales exceeding USD270 billion by 2020, Danat expects its business to increase by 20 per cent year-on-year over the first five years, growing both local and international clientele. The organisation aims to establish itself as the window into international markets, serving both local and international clients and bolstering the reputation of the Kingdom as a leading centre for gemstone expertise.

As CEO, his role is to guide the institute towards excellence in all its functions. He says: “Danat represents Bahrain in the global gem and jewellery industry and it must present a message that encompasses the highest in ethical standards, a scientific knowledge that is second to none, and a passion for service that is unequalled. We must listen, study and act to ensure the very best image for the Kingdom.”

Due to the growth of the jewellery trade and as part of its commitment to develop the indigenous industry and human capital, Danat’s training programme introduces the new generation of Bahraini graduates to gemmology, teaching them the use of classic gemmological analytical instruments and about the various aspects and treatment of precious stones.

The general public will see the organisation’s presence at Jewellery Arabia this month.

“Danat’s participation at the event is twofold, both as an exhibitor and a sponsor,” says Kenneth. “Our exhibition space will be at Al Fanar Hall in the Bahrain International Exhibition and Convention Centre, where an exclusive display of gemstones, demonstrations of the scientific processes, educational lectures and a VIP lounge will be hosted.

“Danat not only caters for end customers who want to authenticate and verify their gemstones during the exhibition, but also to merchants, traders and enthusiasts, in line with its mission. Our presence at Jewellery Arabia will give people a snapshot of the outcomes of our pioneering institute.”

As someone who has personally examined many of the most precious stones in the world, including the British Crown Jewels, he says that there are several that have left a lasting impression on his mind. “Gemstones and pearls allow individuals like me to indulge in a passion that not only recognises the beauty and rarity of these wonderful gifts of nature, but unlike most, we can and do delve deeper and deeper into their physics and chemistry, allowing us to truly appreciate all that nature provides,” he says.