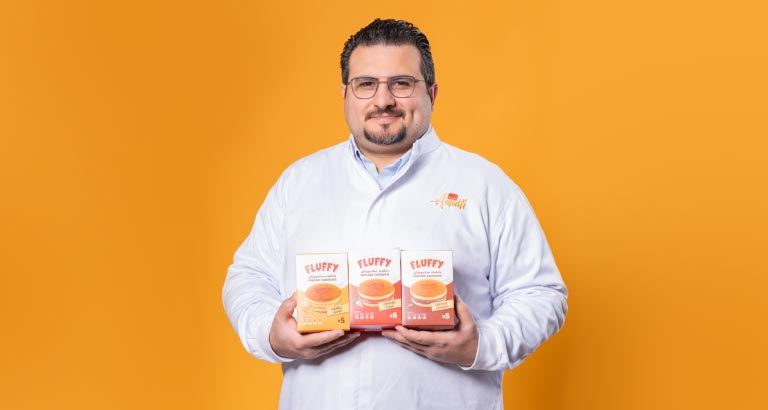 Wassim Farhoud is the brainchild behind Amalfi Foods, a new factory based in Bahrain which produces delectable ready-to-eat pancake sandwiches which are sold in shops and supermarkets across the GCC. We spoke to the Managing Director to find out more about how AmCham has helped his business grow.

The Kingdom of Bahrain’s food production industry has been growing steadily over the past decade with newcomers invigorating and modernising the approach to producing food. One such company is the innovative Amalfi Foods, a boutique factory which started out as an idea in 2008. It was not until 2016 that the idea developed into a full-fledged business which was then launched to great success in June 2020.

Mr. Farhoud, an American who has been in Bahrain since high school, knows more than most about the relationship between the two countries and is now finding success selling an American staple food as part of a Bahraini brand.

He says: “After high school I wanted to start a business, but launching a factory is not feasible without experience and finance. Therefore, I started out with a magazine called Gulf Auto Guide and organised the Bahrain International Motor Show.

“Following this, I started an events business which became the Motiv8 media company, from which Amalfi Foods also developed.” 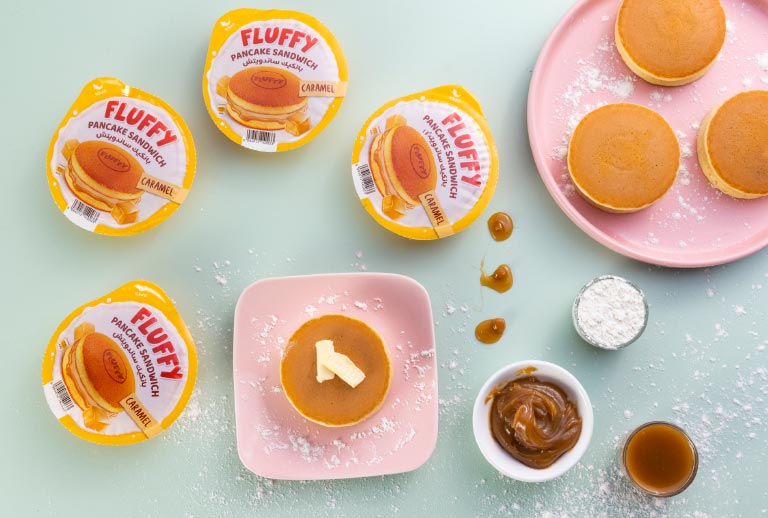 Amalfi Foods, which is inspired and modelled after Japanese baked confectionery goods, has grown to specialise in the production of baked goods and confectionary. Their ‘Fluffy’ pancakes are growing to be wildly popular due to the convenience they offer and fun brand presence. The ready-to-eat pancakes are available plain in stacks of four, or as a sandwich in three flavours.

The company is proud to have developed delicious products that are loved by the community using some of the best ingredients available on the market. Over time the company has perfected its model to offer products at an affordable price point without having to compromise on the quality.

Mr. Farhoud believes that AmCham provides good networking opportunities and that the institution clarifies many rules and regulations that are important for businesses such as Amalfi Foods to grow in the region. “I’ve been a member of AmCham for two years, and believe it’s a great platform to build on. It organises multiple tours and events every year, where we gain lots of insight about the current market so it’s a great facilitator,” he says.

“Our aim is to export products to the United States starting in 2023 and benefit from the free trade agreement. Let’s not forget Bahrain either, which provides a solid foundation for people such as myself to build their own business with freedom, and to tap into regional markets,” he concludes.