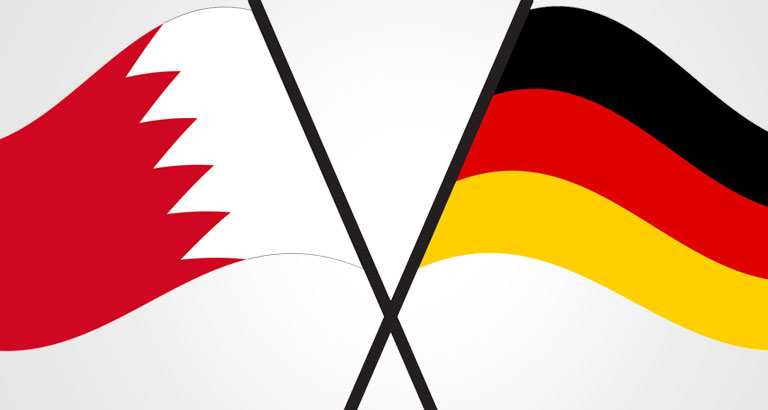 On the occasion of the Golden Jubilee of diplomatic relations between Germany and Bahrain, we speak to German and Bahraini citizens who have helped bolster these ties. 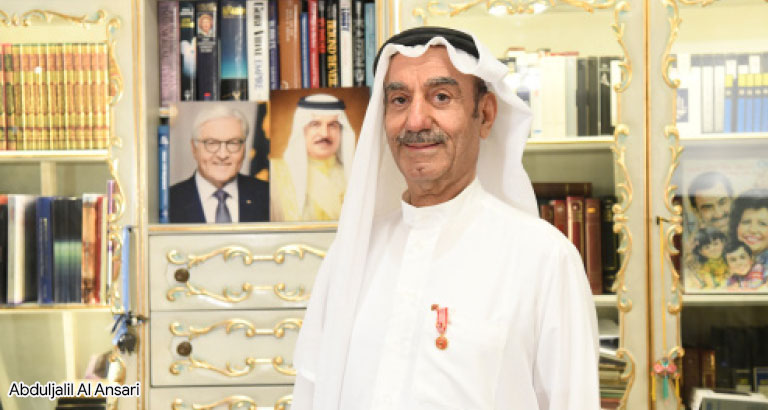 Abduljalil Al Ansari – Founder of the Bahraini-German Friendship Society and the first Bahraini to receive the German Medal of Merit – First Class.

“My relationship with Germany began with my first trip to Cologne in 1965, where I attended an international exhibition where my personal and business relationships started.

I think it’s very important for people to understand culture, from any visitors from Bahrain to Germany or vice-versa, whether it’s music, people, sights or more. As for commercial interest, I believe that German business relationships are important to us because not only are their goods and services reliable, but they are of exceptional quality.

I am very proud to see the relationship which I believe I started in the 1960s when there were no diplomatic relations or embassies. It was up to me, my friends and colleagues to inform people about Germany, and I asked Bahrain and Saudi Arabian authorities to import products from there.” 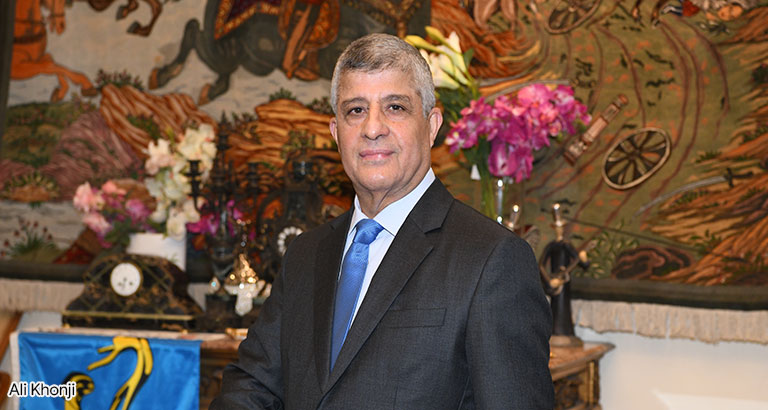 Ali Khonji – A member of one of the oldest merchant business families in Bahrain, which started in 1898.
“Our company was honoured to build the new German Embassy chancellery building which was handed over in 2011 and inaugurated by then-Ambassador, His Excellency Hubert Lang. We are extremely proud to have offered our services to the German government and we hope to continue this for years to come.

I believe there needs to be an International German School in Bahrain, which will boost the economic, cultural and educational relationship between the Kingdom of Bahrain and Germany in future.” 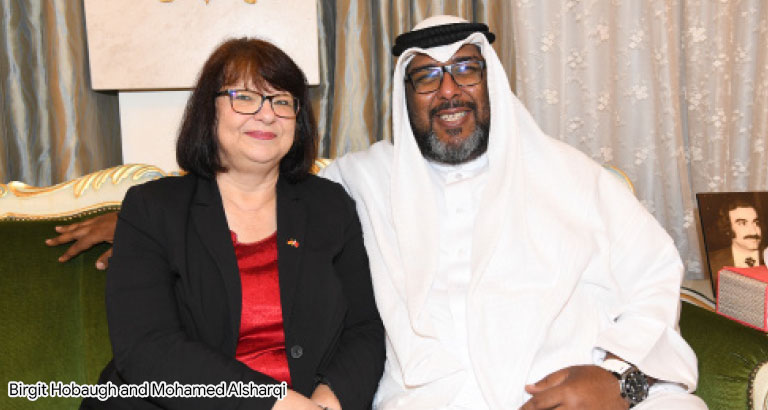 Birgit Hobaugh and Mohamed Alsharqi – Bahraini German International Services
Birgit: “I came here more than 20 years ago, when it was a totally different world than it is today! I was made extremely welcome since my first day and it has felt like home. I still tell everybody who will listen how lovely a place it is.

Mohammed and I opened up a company offering many services, in areas including travel and medical, between Bahrain and Germany. We have a lot of tourists coming to Bahrain, and I have found that as an official tour guide, Germans love Bahrain as I do! It’s great to show them all the important sites and history that we have, it’s real and traditional, which I don’t think is found as much in other Arab countries.”

Mohamed: “When I invited Birgit to Bahrain for the first time, I was delighted that she loved the country and decided to stay. She has really adapted to the culture and gone deep into the Bahraini life, even though she couldn’t speak the language at first.

I’m particularly interested in motorsports so I am proud to be the first Bahraini to start an official travel agency for motorsports between the two countries, offering up to seven tours a year for motorcyclists from Bahrain and the GCC. 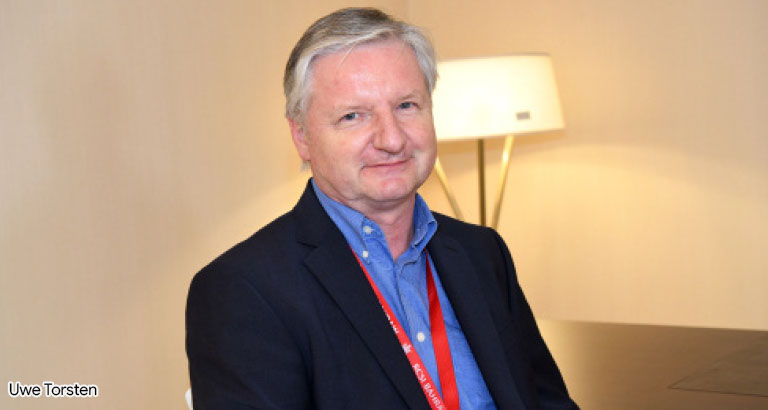 Uwe Torsten - RCSI Bahrain Professor and Head of Department of Obstetrics and Gynecology
“Prior to moving to Bahrain, I’d worked in Berlin for 24 years. The first time I visited was in 2019 when I worked as a part time consultant at The King Hamad University Hospital (KHUH). However, being an academic, I applied to RCSI. I believe Germany has a great reputation in Arab countries, and so I could proceed from where I left off in Berlin.
There are a lot of healthcare manufacturers in Germany, especially in the south of the country. When in the operating theatre in Bahrain, I realised that we have a lot of German equipment from brands such as Siemens and Ecolab which are of a very high-standard and appreciated here in Bahrain.

I’m interested in archaeology and geological issues so when I arrived here, I immediately looked into the 5000-year-old history of Bahrain and the Dilmun culture and was very interested when I made a comparision to what was in Europe, Egypt and elsewhere. It’s astonishing.” 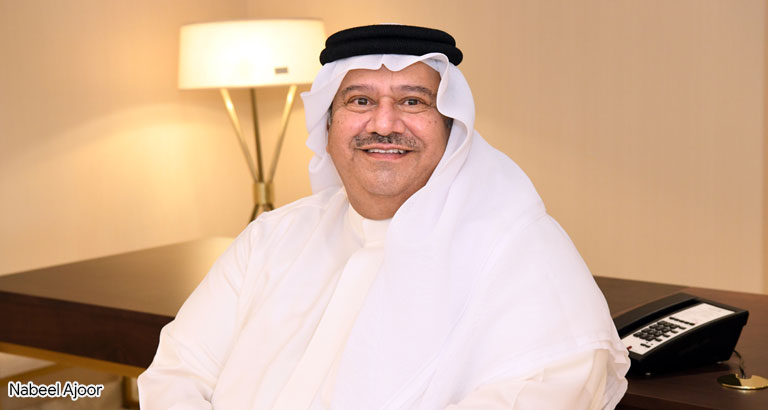 Nabeel Ajoor – Bahraini businessman and Member of Bahrain-German Business Society
“We have a family business which deals in textiles, furniture and property. We have a very old connection with Germany, starting with my father who had gone to Frankfurt following the war to get his eyes operated on. Since then, we would visit Germany often, which I have driven around extensively exploring Hannover, Hamburg and Stuttgart.

Germany has always been associated with quality in Bahrain, with my mother trusting their products too. We had imported very special curtains for the Bahrain Defence Force Hospital from Hamburg, aside from technical products and fabric for our furnishings business.

I have released two books, including one which highlights the heritage of Bahrain and inspires nostalgia. German people have always been friendly so I often host members of the German community at my house so they may experience the Bahraini culture.” 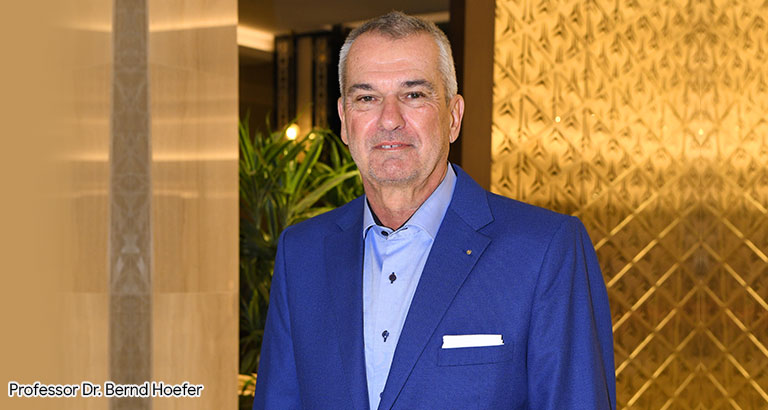 Professor Dr. Bernd Hoefer - Chairman & CEO of A9C Capital WLL
“I’m a German businessman who has been based in Bahrain for over 15 years. For the first two years I worked for a very senior member of the Royal family following which I set up my company. In 2020, I co-founded a technology spin-off of the German Aerospace Centre in Germany. I am also the Chairman of the German Business Roundtable Bahrain.

I have a scientific background, but am an economist having worked all my career at the interface between economy and technology. I’ve worked closely together with literally each and every space agency including NASA, JAXA, ISRO, ROSCOMOS and the European Space Agency.

I believe that Bahrain and Germany have the potential to collaborate in the formation of technology-led industry in the Kingdom. I also don’t see any reason why Bahrain shouldn’t strive to become an automative manufacturing country, notably for electric cars. Bahrain has aluminium, top-notch logistics facilities, connectivity to the entire world, FTAs in place and other ingredients for great success.” 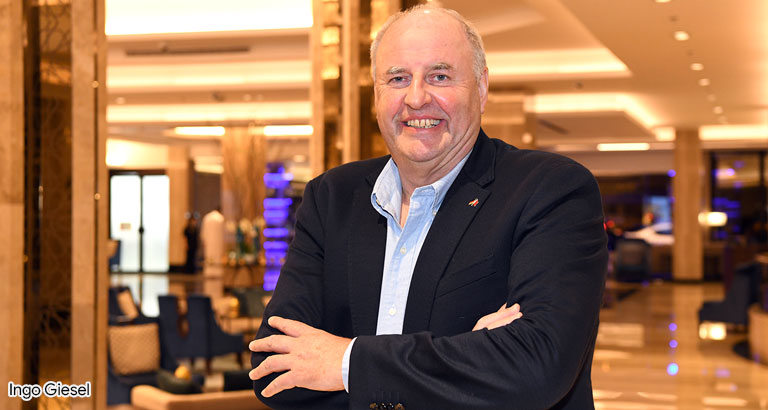 Ingo Giesel - Director of Operations, Shelf Drilling (Global SantaFe Services - LLC)
“I work in KSA for a drilling contractor company that supplies drilling rigs for major oil companies. My wife and I have lived in seven different countries – Indonesia, Vietnam, Norway, The Netherlands, Scotland, the UAE and Egypt.

After living in Egypt for three years, we moved to Bahrain where we have now lived for the last 11 years. Bahrain also has an advantage of having a great variety of restaurants which my wife and I dine at to enjoy some good food.

Considering that we’ve lived in so many other countries, we really enjoy living in Bahrain as it is safe and there’s plenty to enjoy. I also enjoy working in a cultural environment, as presented by the region, and I believe everyone should have this experience.

When thinking of German brands, one of the most important one that’s comes to my mind is DHL since it is a major logistics provider and logistics in the current market is a problem because of ongoing issues. The other one would be Lufthansa which is the official carrier and keeps a connection between the people in Bahrain and Germany. Others that come to mind are Porsche, Mercedes and BMW.”