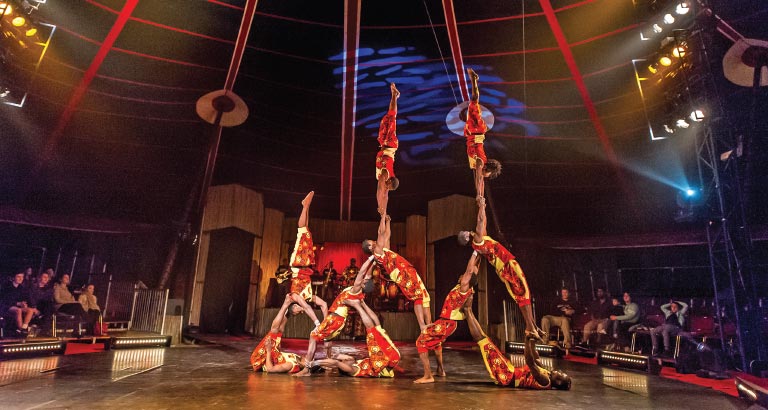 Though, for many, the main event is most definitely on the racetrack, for others the Grand Prix weekend is all about the entertainment. And, once again, Bahrain International Circuit does not disappoint, with a great range of acts, activities and fun for kids and adults alike.

As always, the Bahrain International Circuit has lined up some big-name entertainment to keep race goers happy over the weekend.

Carlos Santana brings his Divination Tour to the circuit on Friday night, April 6. Ten-time Grammy-award-winner Santana is a legendary voice in world music and his ground-breaking Afro-Latin-blues-rock fusion transcends musical genres and generational, cultural and geographical boundaries. As a result, he has sold more than 100 million records and reached more than 100 million fans at concerts worldwide.

This will be Carlos Santana’s first-ever performance in Bahrain, where he will be performing passion-infused songs from over four decades of his career, including his hits from Woodstock to Supernatural and beyond.

Come find out why Rolling Stone calls Santana “one of rock’s true virtuosos and guiding lights” and has awarded him number 15 on its list of the ‘100 Greatest Guitarists of All Time.

American singer-songwriter Benjamin Booker will take to the stage on the Saturday night of the race weekend, April 7. Booker is one of music’s rising stars. The 28-year-old’s style has been described as “a raw brand of blues/boogie/soul” and as “bright, furious, explosive garage rock”.

Booker has produced two critically acclaimed studio albums. The first was a self-titled record released in 2014 and it was followed by Witness last year.

His concert at the Grand Prix will mark his debut appearance in the Kingdom.

Consisting of brothers Howard and Guy Lawrence, Grammy-nominated Disclosure have collaborated with the likes of Mary J Blige, Sam Smith, The Weeknd, Lorde and Eliza Doolittle, to name a few.

Aside from their Grammy nominations, Disclosure have also been nominated for multiple Brit Awards, MTV Video Music Awards and International Dance Music Awards, including in 2016 when they won Best Full Length Studio Recording for their album Caracal. They will close the show on Saturday, April 7, with a DJ set. All those with tickets to the Bahrain Grand Prix weekend will be able to attend the concerts at no extra charge.

For adrenaline junkies there is a trio of extreme rides to choose from, including a Reverse Bungee, a SCAD (Suspended Catch Air Device) Freefall and a Sky Coaster – strap in and prepare to be terrified.

Both kids and grown-ups alike will delight in the show by Cirque Africa – Hakuna Matata – which is running all day for spectators to enjoy.

A huge range of strolling players will entertain the crowds including:

This is a funny, eye-catching musical performance, with 22 different chromatically tuned bulb horns firmly attached all over the performer’s body to produce an extensive repertoire of rock, pop, jazz, folkloric, Latino and blues. His music is a mixture of various classic evergreen tunes, combined with balance, juggling, dance, slapstick and a loop-station for a bass ukulele.

Morf is a complete vocal-looper who uses nothing but his voice and an array of effect/loop units to create full songs live on the spot. Providing an interactive and fully enjoyable show for audiences of all ages, Morf aims to show what the human voice is fully capable of.

Funny Faces presents interactive walkabout acts that include mysterious, fantastic and witty creatures. Their vibrant colours and bubbly characters have made thousands happy. Funny Faces love to mingle with the crowds, take selfies and share their bubbly personalities.

Mr Hoy has been performing his funny walkabout characters all over the world for the past decade. With roots firmly in the mime clown tradition, he uses theatre, physical comedy and contemporary clown skills to engage his audience.

Joyful, stripy-turquoise and courageous: that is what Stribe Tribe Dream Circus is all about. Indulge in the wild nature of the dance as well as in the various types of juggling performed in unconventional and extraordinary choreographies. Hula hoops, acrobats and hypnotising buugengs are awaiting for you.

A mixture of historical juggling and other acrobatic pieces using colourful flags and staffs. The performers wear beautiful, bright costumes while throwing and tossing flags, exchanging them with their counterparts while capturing the audience’s imagination.