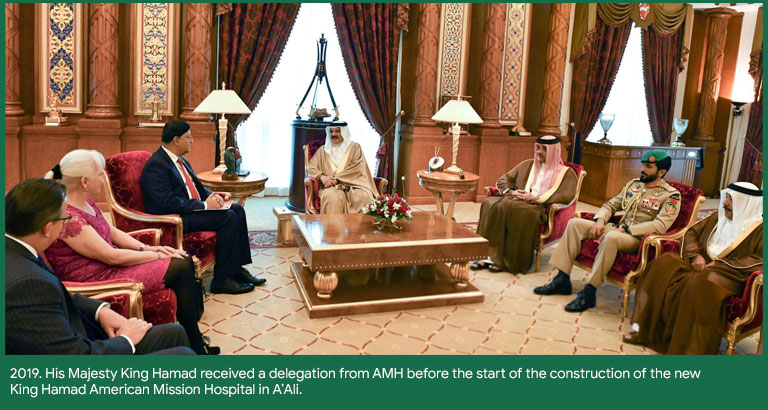 The American Mission Hospital will celebrate 120 years of its service on January 26, 2023. Here is the third and final segment of their rich history.

In the first 40 years of the American Mission Hospital’s existence, it weathered the storms of the Spanish Flu, the fall of the Ottoman Empire and two world wars. However, in the recent 40 years, it had to deal with astounding medical and technological changes and international healthcare regulatory systems, not to mention the COVID-19 Pandemic, to which it lost one of its physicians.

By the 1980s, free government healthcare services had become stronger in Bahrain and the American Mission Hospital had to face a decrease in patient numbers.  The early 2000s also saw many new private hospitals open up, bringing in new upheavals. All the while, the need for the latest and the most sophisticated medical technology demanded funds which this not-for-profit organisation could not easily afford. But, thanks to the support of the benevolent rulers of this beautiful country and to some fundraising activities, the hospital not only survived but thrived.

With resilience, it kept providing healthcare on the principles of ‘grace, compassion and love’, which it proudly announces in its mission statement. During all its work, it did not stop its community outreach projects, offering free medical help to the old, the underprivileged, and the differently abled.

Through the opening of a new pediatric treatment unit, an imaging centre for radiology, a large new hospital building in Saar, two more clinics in Amwaj and Riffa, a huge accommodation block for staff in the Gudaibiya-Hoora area and a Developmental Unit for Children with Special Needs, the hospital’s resolve and adaptability can be seen as noteworthy.

As it now celebrates 120 years in January 2023, with the opening of its new state of the art King Hamad American Mission Hospital in A’Ali, by bringing in world class collaborations and innovations, it says it will not waver in offering the best patient experience possible. 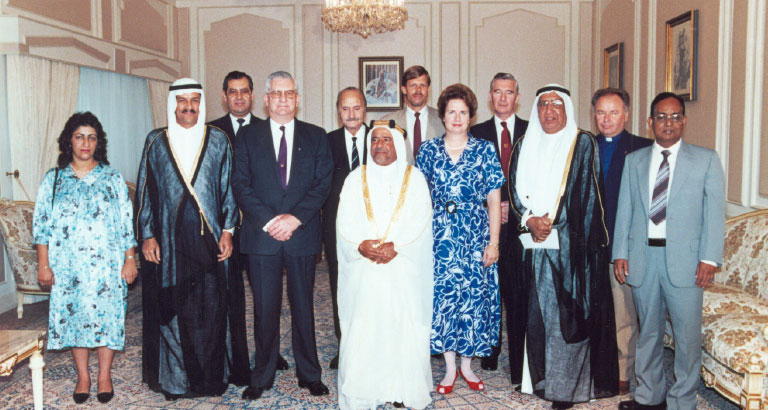 1988. The then ruler of Bahrain, the late Amir Shaikh Isa bin Salman Al Khalifa, seen with the hospital leadership. Beside the late Amir, in front, is Donald F Hepburn, the Honorary Chairman of the hospital’s Board of Directors, who was then the CEO of Bapco. 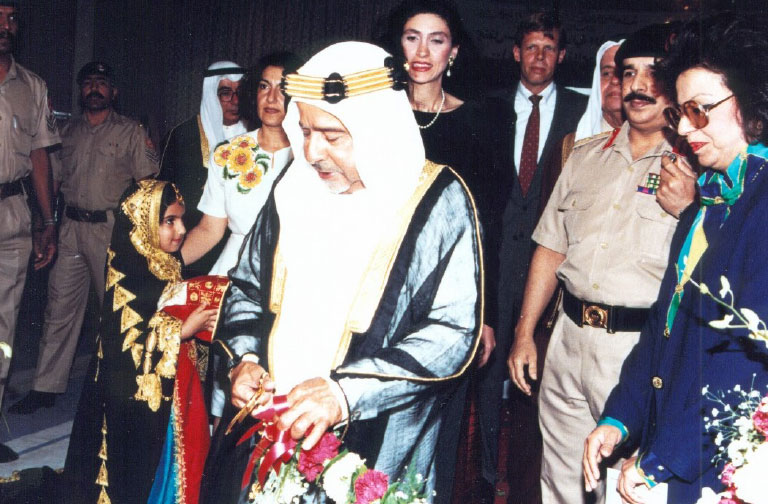 1992. Shaikh Isa, the ruler of Bahrain, opening an Art Exhibition marking 100 years of medical service by the American Mission. It was in 1882 that Samuel Zwemer started a dispensary in Manama souq, that later grew into a hospital. 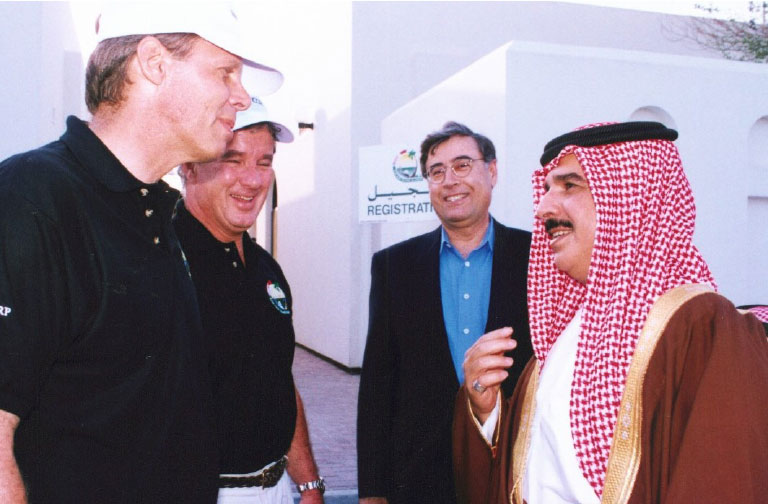 1997. His Majesty King Hamad – then the Crown Prince - with Paul Armerding (left), the Chief Medical Officer of the hospital, at the 1st AMH-AAB Annual Charity Golf Tournament. This annual fund raiser was held for the 23rd year in October 2022. 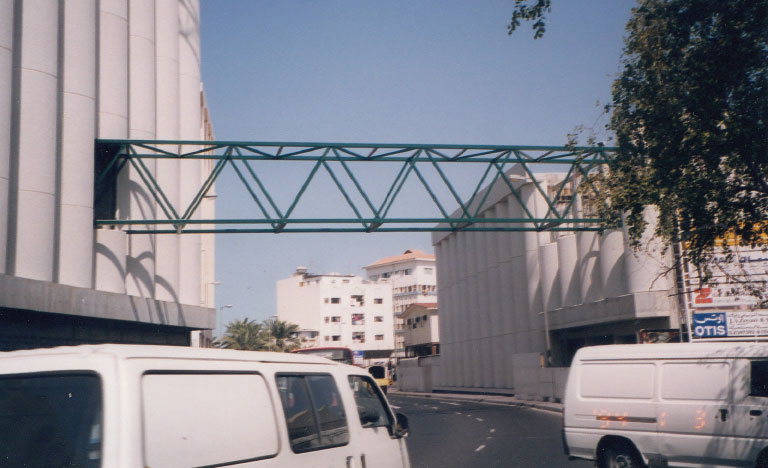 2000. The American Mission Hospital over bridge being built over the busy Isa Al Kabeer road in Manama, to connect two building blocks.

2003. 100 years of hospital service. 110 years of medical service. An invitation to Centenary Celebrations of the hospital. 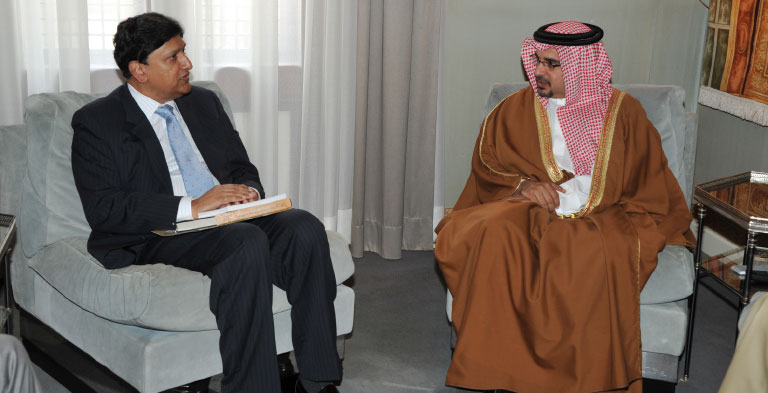 2015. His Majesty King Hamad bin Isa Al Khalifa receiving the Board of Directors of the hospital.

2018. His Excellency Justin Siberell, US Ambassador to Bahrain, being shown a painting depicting historic US-Bahrain relations through the healthcare organisation’s service in healthcare.

2019. A new building for staff accommodation was built on Zubara Avenue, in the Gudaibiya-Hoora area.

2022. King Hamad American Mission Hospital, A’Ali, getting ready for its inauguration in January 2023, when the hospital celebrates 120 years of service. 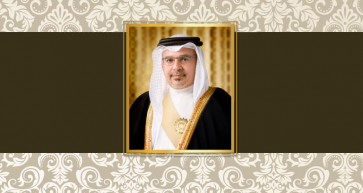 Led by A Visionary