Looking to the Future | Ignace Bauwens 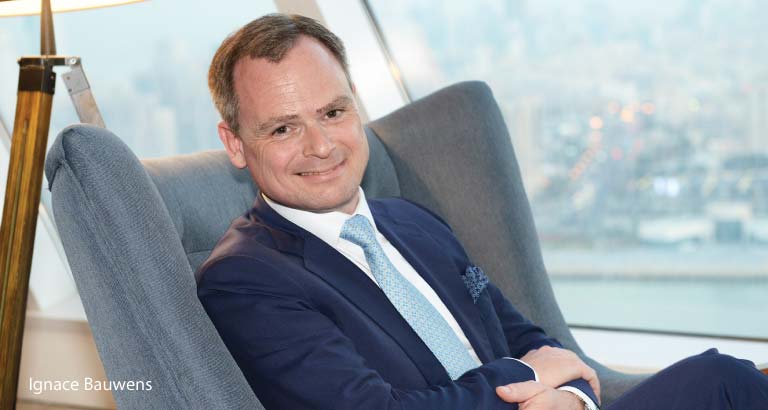 Ignace Bauwens shares his insights about the hospitality industry in the region, how it has evolved worldwide, and what his hotel group is doing to accommodate the future.

“In the last two years, we have opened four hotels in Bahrain – the Ramada Manama City Centre, Ramada Hotels and Suites Amwaj Islands, Wyndham Garden Manama in Juffair [the world’s biggest Wyndham, Garden, and the very first in the Middle East with 441 rooms], and the latest entrant, Wyndham Grand Manama,” he says. “With six hotels in all, and a total room inventory of 1,191 we’re the largest global operator in Bahrain.”

Despite international and regional challenges in the last decade, Ignace is optimistic about Bahrain’s future vis-à-vis the hospitality and tourism sectors. He believes the region has great potential that can be tapped into with some smart planning and mutual effort. He says: “Today, we are quite dependent on leisure tourism, which amounts to 75 per cent of Bahrain’s hospitality business. To avert this risk, we need to focus on bringing in more business travellers, as well as attract people beyond Saudi Arabia and the GCC.

“The next step is developing the MICE [meetings, incentives, conventions and events] business. I’m happy to note that Bahrain has major plans in expanding this sector in the coming years, starting with investing in expansion of the airport to increase its capacity and offer improved connectivity.” He states the necessity of introducing budget airlines to open up possibilities for people to travel more, as has happened in Europe.

His third pointer is forging a solid partnership between the private and public sectors for common goals to be defined, fine-tuned and eventually achieved.

“We must also keep in mind that global travel is changing,” he says. “We need to shift and adapt to suit emerging markets like India and the Far East. Today’s millennials travel spontaneously, more frequently, and for shorter periods. Affordability, clean, functional rooms, Wi-Fi connectivity, grab-and-go breakfast are what they want. Our mid-scale brands like Wyndham Garden and Ramada or economy brands like Days Inn, come into play here for their international appeal, safety and cleanliness. This is why our midscale lifestyle brand, TRYP by Wyndham, is doing so well in the UAE.”

Talking about the newly opened Wyndham Grand Manama, Ignace says: “We are not an upper upscale name with 500 hotels in the world. We are very specific in the selection of our destinations and properties. The fully halal-compliant Wyndham Grand Manama is an architecturally superior structure, which perfectly fits the brand. We are welcoming guests daily, and are already hosting large events and conferences. Advance bookings for our double-heighted ballroom on the top floor, with fantastic views of the island, are already confirmed before its opening in March.”

The group has ambitious plans for the future. “As a leading operator of hotels worldwide, we will be happy to join forces with the authorities to get the hospitality sector booming again,” says Ignace. “Going by basic economics, we need to increase the demand over supply for us to succeed.” He also thinks that the group’s MICE brand, Dolce Hotels and Resorts, would be a perfect fit with a new convention centre in Bahrain, adding: “We have a Wyndham Garden opening in Dammam and Ajman later this year.”

Ignace believes that for a hotel to be successful, it needs to have a soul, one that is made up by its people. “Whether it’s a mid- or top-scale property, I cannot emphasise the importance of investing in people enough,” he says. “We must hire people with the right attitude and teach them the skills, not the other way around. In a 24x7 industry, things are bound to go wrong. From the valet, room attendant to the manager, how the staff handles difficult situations makes up a guest’s experience.”