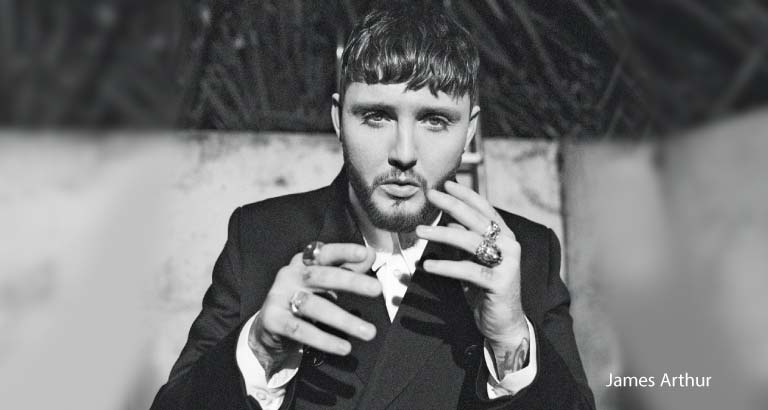 As he prepares to visit Bahrain BTM had a quick chat with chart-topper James Arthur to find out what to expect.

You spent part of your youth in Bahrain, do you have fond memories of the island?
I really do! I had such a lovely experience in Bahrain when I was growing up and I’ve been so excited to go back ever since.

Are there any friends still here that you’re hoping to catch up with?
A few people I do yes. But it was so long ago now and I haven’t seen them since, so would be great to catch up with them now.

Since your X Factor triumph, you’ve gone on to become one of the most successful X Factor winners of all time, to what do you attribute your success – what is it about your sound that people love?
Ah that’s very kind. To be honest, I don’t have the answer to that. I just like to create music that people can relate too. I also like to be different and push the boundaries a bit.

Who are your influences and how does this show in your music?
I have so many musical influences it’s hard to just narrow it down to one. I take influence from all genres; country, hip-hop, gospel and rock. When I perform on stage
I like to show elements of it all. But me and my band really rock out and have a good time on stage.

You were recently named New Artist of the Year at the American Music Awards – congratulations, a huge achievement. How did it feel? Were you surprised?
It was amazing. For any British artist to have some kind of recognition in the US is an amazing achievement and very rewarding.

What’s in store for the future? Do you have new music in the pipeline?
I’m currently in the studio now working on my new album [released later this year]. It’s a different sound to my previous work but I like to experiment, so I hope people will like it!

What can your Bahrain fans expect? Do you have any message for them?
I cannot wait to perform for you Bahrain. That place always holds a special place in my heart and I’m excited to finally be back!

Fast Facts
Born: March 2, 1988
From: Middlesbrough, North Yorkshire, UK
Won: Ninth series of UK’s X Factor in 2012 with 53.7 per cent of the vote.
Charts: First single Impossible debuted at number one in the UK charts and went on to sell 2.5 million copies worldwide.
Awards: American Music Awards New Artist of the Year, 2017.
Book: Back to the Boy released in 2017 is his autobiography which talks of early struggles.
Charity: Impossible, a cover of the Shontelle song, was a charity single raising cash for Together for Short Lives.
Ambassador: Represents UK mental health charity SANE.