All Change at the Chamber - Sameer Nass 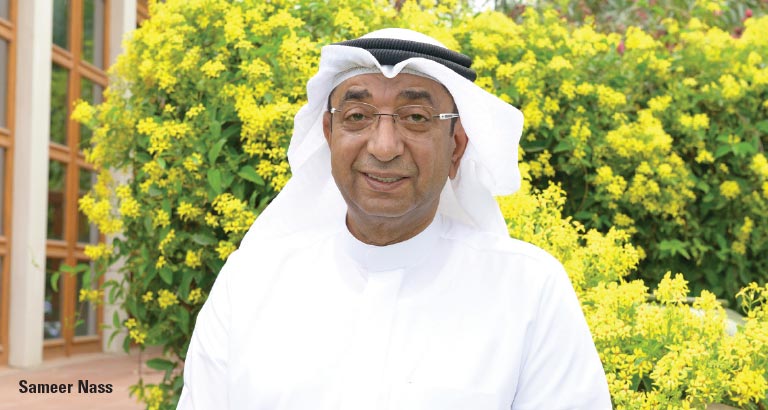 After a hard-fought election that excited unprecedented interest, Sameer Nass is the new chairman of Bahrain Chamber of Commerce and Industry (BCCI). George Middleton caught up with him for an exclusive chat about the campaign and his plans for the future.

Chairman of the Nass Group, Sameer Nass, has been involved with BCCI since he graduated from college in the US back in 1980. Over the years, he has served on both committees and the board of directors.

Initially reluctant to run in the recent election, he says: “There was a lot of pressure from some prominent businessmen who felt that the chamber required people who would create change and bring in corrective measures. There was a lot of dissatisfaction with the performance and the standard of representation for the business community had been diminished. Its role had been weakened in front of the authority makers and registered bodies.”

Once he had made the decision to run, Sameer discovered many people wanted to join him and each one had to go through a psychometric test to assess their strengths and value to the campaign. From that process was formed the Tojjar 18 bloc – the largest group ever to fight a BCCI election.

The chosen 15 members then underwent a process of questioning to find out their views and ambitions – what they wanted to offer the voters. The campaign headquarters walls were plastered with these views on sheets of A4 paper; and from these separate views, the campaign policies were formed.

Sameer believes the fierceness of this year’s competition was partly down to his bloc offering hope for change and new blood and also the alteration in the law in 2012, which made it compulsory for every Bahraini registered company to become a member of the BCCI. “The membership went from 8,000 to 36,000, in one go,” says Sameer. “That’s a huge jump. So, how to reach these people was another challenge. Our research showed that 85 to 89 per cent of the voters were SMEs. So, our concentration was on the mass, we ended up going to the markets, the souqs and the workshops and we got close to those communities and the different sectors and sects.

“Also, we worked on social media, the medium of communication had changed, social media was a huge factor. At the same time, we listened to the people in creating the programme for the next four years.”

Of significant plans for the future, Sameer has a list, the first of which is a modification of the law which currently gives the Minister of Industry, Commerce and Tourism the final say, and potential veto, on BCCI board decisions.

He also wants to see executive and management restructuring within the chamber and the creation of an app for members, which will allow them to update their own information and give access to wide ranging data from both Bahrain and across the global chamber of commerce network.

Additionally, there are plans for an online portal, through an international global operator, to promote Bahraini businesses and products both in the Kingdom and across the region.

“The global market is becoming younger and their shopping habit is online. This can be a powerful tool to increase sales. With this portal we will increase the population base of market exposure from 1.4 million in Bahrain to 45 million across the region, and that’s the first stage. We also want to target the Asian and wider Middle Eastern markets – the ultimate goal is to market to a population of a billion!

“The next stage of this will be to create a virtual reality platform, which is under development, and will be called the Souq engined by Amazon. It will be something amazing and the business community will be elated.”

Sameer and his colleagues feel it is important that the chamber and business community are represented within the executive and legislative body. He says: “We want our opinions to be taken seriously, we want to take part in the formation of policies and strategies for the country, to take the economy forward and, at the same time, to be on the lookout for any legislative changes or charges that might create more burden on the business community.”

He claims that, as the government moves towards becoming a regulator rather than an operator, there will be more opportunities for business but he adds that a change in the economic model is needed at government level and says many of the ministries are greatly overstaffed, thus putting a drain on the economy.

After just three hours in his own company office since his election, Sameer recognises that he has a huge task ahead of him.