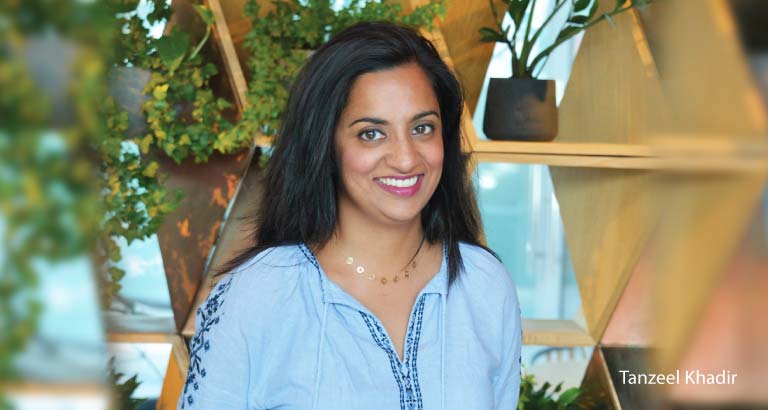 Behnaz Sanjana chats with Tanzeel Khadir, whose Facebook initiative captures a kaleidoscope of one hundred lives on the island.

Born and raised in Australia, this is Tanzeel Khadir’s second stint in Bahrain. “When we got the opportunity to return to Bahrain around four years ago, I got a lot of questions, like if I would be allowed to drive or wear what I wished to in Bahrain,” says Tanzeel. “People outside this region have stereotypical ideas about what life is like here. In the West, people expect you to assimilate with their culture. What I have found in Bahrain is that every culture has the opportunity to live as it would back home, to a large extent. This is a special thing to be celebrated.”

This prompted her to initiate 100 Bahrain Stories, a page on Facebook featuring short write-ups on one hundred different people from varied walks of life on the island. “My initial readers were from Australia and they loved it,” she says. “It served as an eye-opener for what life is like in Bahrain, demystifying the typecast that this society is sometimes set in.”

Her first few stories were very brief, but once she saw interest growing, she started to include more details, adding: “I don’t go over 600 words, so people can read an engaging summary of someone’s life in around two minutes.”

When asked why she doesn’t include any names in her stories, she explains: “I wanted to maintain a level playing field for all the hundred people, without them being labelled in any way.” She is keen for readers to focus on what is being said, instead of slotting her subjects in some category of their minds.

There’s not one, but a couple of light bulb moments that led to 100 Bahrain Stories. “There was a vendor who once sold me the best mangoes I’ve ever had,” she remembers. “I noticed how jovial and cheerful he was on the streets, in summer. Then at an ice skating rink I met an unlikely skater – a typical, middle-aged gentleman from Islamabad. I wondered what their stories were and wanted to know more.”

Her endeavour started with people she knew, then later she began interviewing people referred to her by a good friend. After chatting with them, she summarises their life’s narrative, and shares it with them to ensure they’re happy with the outcome, before it goes public.

Many of her stories are particularly gripping, leaving the reader’s thoughts rife with imagination. For instance, one lady narrates how it took her seven days to reach Bahrain by ship, and another native nonagenarian speaks endearingly about his trade and how he keeps records of interesting information about the world we live in. Tanzeel says: “The one that changed the readership level is story number 17, of a lady who had lived in Bahrain since the ‘70s. She was packing her bags to go away for good, as we spoke. Her story captures her nostalgia, as she gave me a firsthand account of history.”

The project that this former legal professional started back in December 2015 is nearing completion. “I have met my hundredth subject, and I am very excited to post that story,” she says.

Tanzeel aims to turn 100 Bahrain Stories into a book. “On Facebook, it’s hard to scroll back and see the very first stories I posted,” she says. “Secondly, it will be a celebration of all these one hundred amazing people, and will say something about the diversity in Bahrain.

“I took on this project to give my life a bit of routine, and also to teach my two young girls that it’s important to be involved in something that you truly believe in, outside your duties of career or home. Very often, the stories move me, by the way they’re expressed. This experience will always stay with me, and I hope they will touch the heart of my readers as well.”