A Fire in His Belly 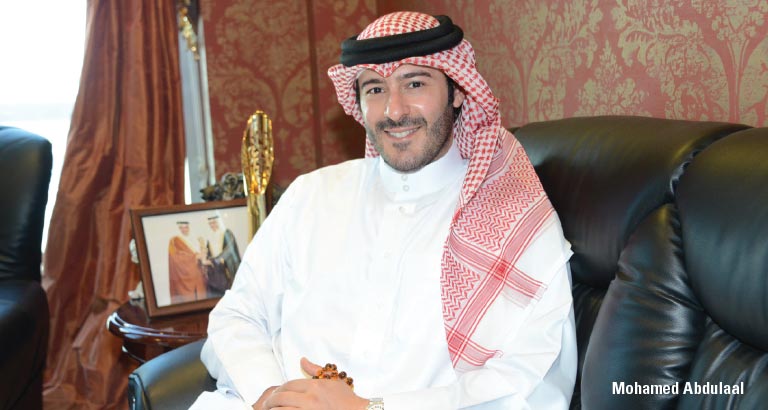 All Food for Food Stuff was Mohamed Abdulaal’s ambitious vision six short years ago. Armed with a single idea, one employee, a delivery van and dogged determination, Mohamed would scour the market for the best fruit and vegetables at 3am every day. Today, as chief executive officer, he heads a full-fledged team of personnel, and his enterprise is renowned in Bahrain’s food supply sector.

The organisation reached a significant high point by bagging the Bahrain Award for Entrepreneurship under the small and medium enterprise category. One of Mohamed’s secrets to success is to break the norms and follow your fervour. “I started out as a medical student,” he says. “But I decided to give up a governmental job and start my own business.”

Hailing from an academically inclined family, his decision was not encouraged at the beginning. He says: “My father is a very successful doctor and wanted me to follow in his footsteps. So, naturally, he was very upset that I went against his wishes, but today he is one of the proudest people of his son.”

Mohamed remembers harbouring a profound passion for food right from the beginning. “I love food and cooking,” he says. “Observing my professor mother’s blind students, I began to truly appreciate food by taste, touch and smell.”

The company now supplies fresh produce, grown in the country and sourced from abroad, to a wide and varied clientele. “We supply to supermarkets, hotels and numerous governmental institutions like the Ministry of Health,” he adds. “Most of the famous restaurants in Bahrain buy their raw vegetarian produce from us.”

People often ask Mohamed how he dared to enter a fully saturated market with fierce competition that has ruled the field for decades. He explains: “The creativity of young entrepreneurs is not limited to a new idea. One can enter an existing field and upgrade the services to offer something different. We are not the cheapest, but our produce is most definitely the best. We select and segregate products to provide our customers with premium packed and cleaned ingredients. This was a trend we started, which has today become an industry standard.”

He was ridiculed by critics for doing things differently, of which he says: “I didn’t pay much attention when people made fun of me for seeking the HACCP (Hazard Analysis Critical Control Point) certification for our systems and processes. Ours is the first such company to have a website, email address and an ISO seal of approval.” And that is probably why All Foods for Food Stuff is held in high regard by the who’s who in the food business.

Mohamed has employed young talent and Bahraini women to take on key management positions, something previously unheard of in his field.  He says: “I believe that young blood can be taken seriously to deliver the job and that women, in order to prove themselves in society, work harder.”

When asked who inspires him, the jet-setting capitalist says it is none other than His Royal Highness Prince Salman bin Hamad Al Khalifa, the Crown Prince, Deputy Supreme Commander and First Deputy Premier of Bahrain. “When a leader of such great standing gives his time to personally acknowledge people from small start-ups, it is remarkable,” he adds. “Bahrain is lucky to have the leadership that is genuinely interested in the success of the people.”

Another person he attributes a major extent of his triumph to is his wife. “She is the only one who stood by me in risk and failure, and urged me to persist when I ever thought of giving up,” he says.

Mohamed’s hard work and talent for ‘being at the right place, at the right time’ will most likely land him where he ultimately wants to be – on the Forbes international list.