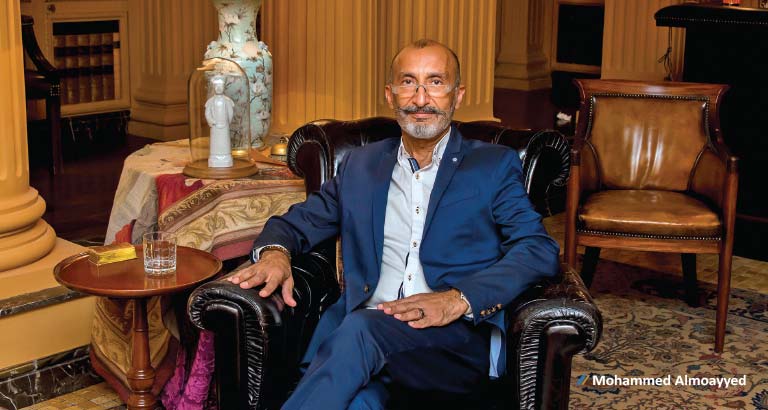 When Deena Kanoo was diagnosed with breast cancer in 2009, the young mum put up a fight so brave that her husband of 25 years, Mohammed, has likened her to the steel roses he has used as the logo of Deena Properties, the company the couple started together.

He says: “When one doctor told her she had only a year to live, she stood strong, I was the one who crumbled. I took my strength from her. We saw another doctor who said ‘I’m not God, but we can try’. We tried a different treatment and she had another three and a half years and, I can honestly say, they were our best years – we were living and making memories.”

Deena tragically lost her battle in 2013, leaving behind a devastated Mohammed and the couple’s three sons, the youngest then just nine years old. 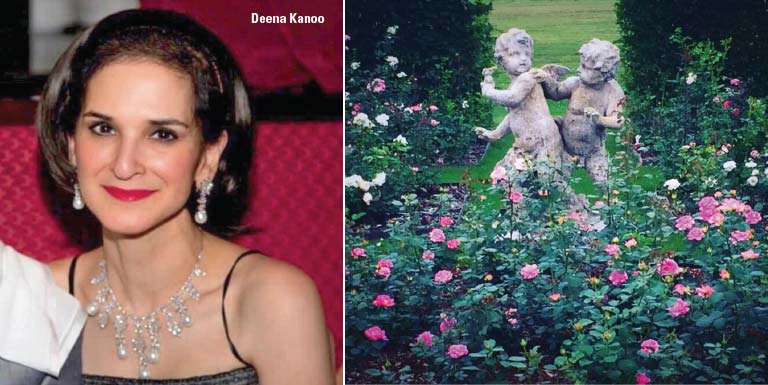 After a period of grieving, Mohammed decided he wanted to put into action a promise he had made to his wife when they were newly married. He explains: “We always loved gardening and, when we were young, I told her ‘One day, I will name a rose for you.’ I wanted to keep my promise and this seemed like the perfect way to have an eternal reminder of Deena and my love for her.”

As well as their base in Bahrain, the family has a chateau in France and Mohammed contacted the French company, Guillot, which has been producing roses since 1829, to set about making his dream a reality. He explains: “It took two years and I was able to choose the size, colour, shape and even fragrance of the rose, which we named Deena de Bussemont, which is the name of our chateau.”

The rose, which was first grown two years ago and was this year featured in the Pépinières Defontaine catalogue, one of Europe’s premier suppliers, is now the centrepiece of the chateau’s rose garden.
And, with commercial availability came another decision. Mohammed together with sons Kanoo, 21, Moayyed, 18, and 14-year-old Qais, sat down as a family to decide what to do with the proceeds from sales of the elegant, pink flower.

“A percentage of the sale goes to the grower, but with the money that was to come to us, we wanted to do something in Deena’s name. In the next village to ours, the French ASEV association runs a home for disadvantaged children – they may be homeless or their parents may be going through hard times or a divorce or something like that. We decided we wanted to help them as a way of giving back. Starting this autumn, our proceeds for each sold rose goes directly to the association. Deena loved children and I think she would have been proud.”

The two older boys are now in the UK at university. Qais is still at home. And Mohammed says: “This has been great for us as a family. My sons were initially almost afraid to talk about their mother – they didn’t want to make me sad. This has been a way to get us all talking about her and remembering her. And it’s also a way for her name to be remembered forever.”