A Master of Trade 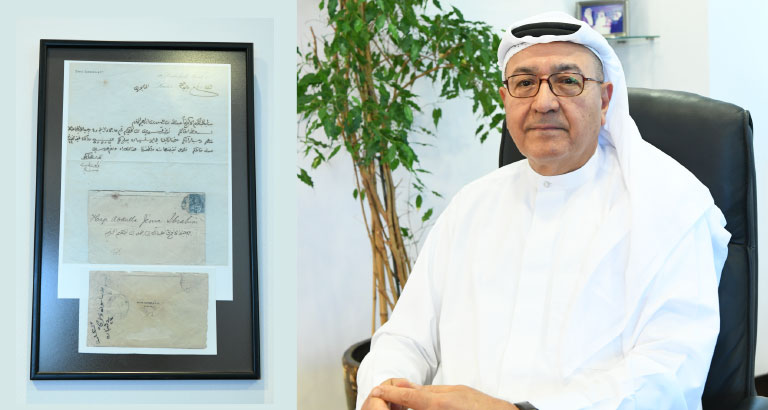 Abdulrahman Juma is one of Bahrain’s most well-regarded businessmen, serving as the Chairman of UNEECO, which is known for providing electrical and electronic engineering solutions in Bahrain, and also as the President of the Bahrain India Society. Bahrain This Month sat down with him to learn more about business relations between Bahrain and India.

Mr. Juma is a proud member of one of Bahrain’s oldest merchant families, who for the last five generations have conducted trade between Bahrain and India. Training as a mechanical engineer and graduating from a university in the UK, he began his career at BAPCO before starting his own company. It was during this time that he forged strong business relations across the globe.

“I engaged with numerous companies across the world,” he says. “Firstly there were Japanese firms, then American, British, Belgian, French and other European businesses. For whatever reason, I totally missed India and that part of the world, and it wasn’t until much later in my career that I was actually approached by Larsen & Toubro, an Indian technology and engineering company, and that’s when it opened my eyes to the incredible opportunities in the country.

“When L&T approached me, I visited them and I found their products to be fantastic and high quality. I set up a small factory with them and now our turnover exceeds BD4 million annually. It’s an incredible success story and although UNEECO also deals with other companies in similar fields such as light fittings and bus ducts, I definitely owe L&T a deep gratitude for being the gateway to the Indian market.”

Over the last four decades, Mr. Juma has been instrumental in contributing to the growth of business and commerce in the Kingdom, pushing government authorities and consultants hard to implement the same level of international standards here.

Arguably, his greatest achievement is promoting cultural relations as the President of the Bahrain India Society. Founded in 2008, its aim is to bring together the two communities to promote culture, friendship and business amongst other facets.

The BIS is now 146 members strong, including individuals and companies, with numbers increasing regularly. The society meets regularly with seminars, both business and social, which continue to attract both Bahraini and Indian nationals to network.

“The Bahrain India Society continues to be a great success in this regard,” Mr. Juma says. “Our main achievement recently has been the launch of the book ‘Gandhi: His Engagement with Islam and the Arab World,’ written by BIS founder Abdulnabi Alshoala. It was first published in Arabic, then later in English, Hindi, Urdu and Malayalam.

“Furthermore, alongside high level meetings with the Economic Development Board, we have helped to set up Indian companies with the American Chamber of Commerce to use Bahrain as a base. We’ve also hosted some very popular cultural functions too, such as a Bollywood theatre production.

“I would like to thank all staff at the Indian embassy, in particular the current Ambassador of India HE Piyush Srivastava, who is one of the most dynamic ambassadors I’ve ever encountered and whose energy reflects on us and makes us work harder.”

As for the future, Mr. Juma believes that the Kingdom is recovering strongly post-pandemic and will continue to forge strong ties with India.

He explains: “I think both manufacturers and consumers have the appetite to resume business as normal. As such, I expect trade between India and Bahrain to increase, especially in the electrical field which I specialise in, and also with food and textile products in particular.”