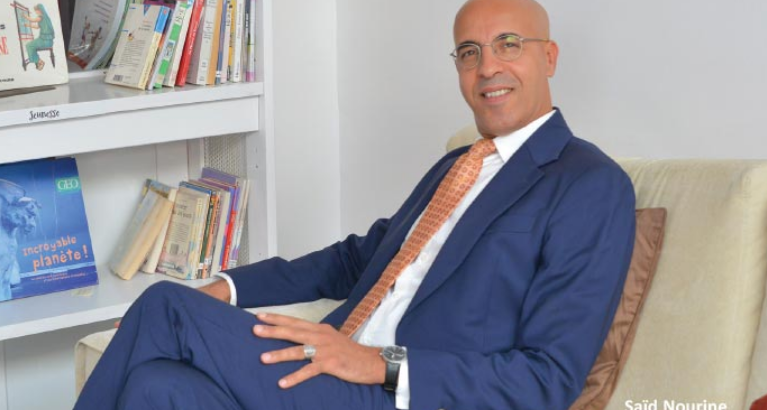 Saïd Nourine, new director at Alliance Française Bahrain, talks to Behnaz Sanjana about his plans for the centre that completes half a century next year.

Saïd Nourine has had vast experience teaching the French language, modern and contemporary literature, and linguistics at the University of Besançon, France. “I was the deputy director and head of French studies at the most famous linguistic institution in France – the Centre for Applied Linguistics,” says Saïd. “This is my first job in the Middle East. My two months here have been very happy. The people of Bahrain are friendly and welcoming.”

Saïd has arrived at the helm of the island’s French bastion at a glorious time. “The Alliance Française was founded in 1969 in Bahrain,” he says. “We celebrate our 50th anniversary in 2019 for which we have many events and galas planned for the months ahead.” The global school network, first founded in the 19th century, is a non-profit language and cultural centre spanning Europe, Africa, the Americas, Asia and Oceania.

Alliance Française Bahrain will host an Open Day to welcome islanders on November 1, from 5pm to 9pm. “We invite everybody to join us and to partake in the activities, games and interactive sessions – free of cost,” says Saïd. “Guests can try their hand at various games to win free French courses. The idea is for people to get to know us better, to see our skills and expertise, and to feel at home with us.”

The centre under Saïd’s leadership is geared to make its presence felt in Bahrain. He says: “We organise a lot of events at our premises in partnership with the cultural department of the Embassy of France. Last month, we hosted Le Café des Images, an event showcasing French cinema based around its native gastronomy. Our guests also enjoyed some French cuisine.

“Going forward, we are looking to host a variety of events, exhibitions and meets where the focus will be on intercultural arts, poetry and social networking. We also have a beautiful amphitheatre that we can use for such functions. The idea is to familiarise others with the French culture, while opening up to other cultures as well.”
Saïd aims to expand the outreach of the institute, beyond the current locations in Isa Town, Jasra and Busaiteen, to be conveniently accessible all over the country. He says: “Whether for students or adults, the reasons to learn French with an institute like Alliance Française are many. We have a range of French courses – from beginner to proficient levels, as well as corporate courses. Our teachers are native French speakers and are certified from recognised French or Canadian universities to teach French as a foreign language. Amongst other examinations, one can take the DELF and DALF tests – French equivalents of the Cambridge English exam, as well as the TEF test at the centre. They are recognised as the gold standard in French language testing and recognised worldwide.”

Alliance Française Bahrain adheres to strict rules and stringent quality processes set by the French governmental authorities. Saïd says: “We are not here with the aim to do business and generate profits, but to genuinely teach our language and culture worldwide. We continue to strive to improve our quality and uphold our impeccable reputation built over the last 50 years.”

On why to learn the lingo, Saïd says: “It is the international language for arts, politics and economics. Top French companies are all over the world, including in Bahrain, so you have an edge over others if you speak it fluently. Its knowledge increases your global employability and makes a difference in your career prospects. Even if you just want to tour the most visited country of the world – France – the language will come in handy. You can explore new opportunities, new perspectives and new prospects with us.”

"We organise a lot of events at our premises in partnership with the cultural department of the Embassy of France.”