A Singer With Substance 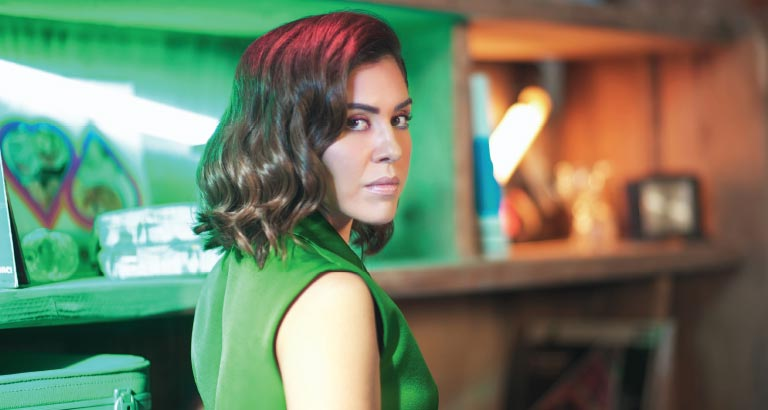 Behnaz Sanjana found herself fangirling over Banah Anabtawi while chatting to the rising star about her musical journey, being signed by Universal Music MENA and the launch of her new single.

I’m going on a media tour which will be followed by some concerts around the region.”

In her latest offering, Shou Bina,  Banah’s rich, soulful voice croons about long-term love that lasts to the very end, despite passion being lost somewhere along the way.  The song was produced by Universal Music, making Banah the first Bahraini and the first female singer in the GCC to be approached by the label.

“I collaborated with my favourite poet and musicians of a high calibre on this project, for which I feel so fortunate,” says the down-to-earth singer. “The topic of the song is handled in a witty, refined way. The influence of Western music I’ve had has been showcased in this Arabic piece. It’s a funky Oriental tune with instruments like the saxophone merged in to the master.”

Shou Bina, her fourth single, has received rave reviews and is popular on radio stations across the region. It reminds audiences of ‘90s music – authentic, without the feel of being digitally produced.

Evolving as a Singer
Growing up, Banah would find herself lost in the voices of Aretha Franklin, Frank Sinatra, Fairuz, Umm Kulthum, Abdel Wahab and the likes. “Of the newer sounds, I like Adele, Amy Winehouse, Carole Samaha and I’m into rock, jazz and blues,” she says.

The influence of diverse music genres makes up her original style. Her initial English cover versions, into some of which she creatively incorporated Arabic lyrics, were extremely well received.  She says: “As a bilingual singer, it was initially hard defining myself as an artist. In my early days in music, doing cover songs with local musicians, merging English and Arabic lyrics and styles helped me set my path. But my focus is on being an original artist now.”

Finding Her Calling
She adds: “Coming from an Arab background, becoming a singer was frowned upon. I was once a banker, then a marketing professional. I even had my own successful advertising agency. But I felt incomplete, and bored.” When she finally gave in to her inner voice, she was already a mother of two girls. “I had just given birth to my younger daughter, but when the universe gives you signs, you take your chances!”

The First Public Performance
In 2017, Banah opened for the Tom Jones concert that was part of the Spring of Culture festival. “I love performing to an audience. My first performance ever was Don’t Know Why by Norah Jones,” she remembers.

Family Support
She says: “My husband’s support is everything, and I am blessed for it. Today my family understands why I do what I do. Maintaining the balance between work and home is difficult; it’s a work in progress. I want my daughters to know that there is no limit in dreaming to make things happen. Music builds character and teaches you a lot. I do hope they are musically inclined!”

Lessons Learnt
“Consistency and a great team are important to get ahead. Also, remember your purpose to get through the tough times, and stay true to yourself.”

Future Plans
“I’m going on a media tour which will be followed by some concerts around the region. I’m working on my next song which will release by the end of the year.”