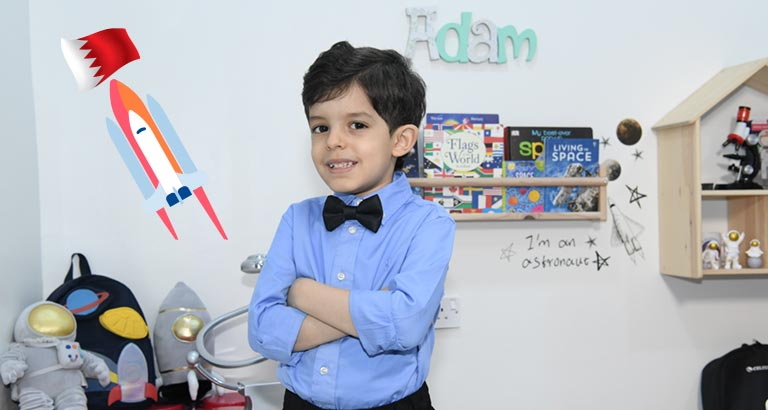 We meet with the spectacularly intelligent, young astronomy enthusiast, Adam Ali Abdulhadi, who recently captured the hearts of citizens across Bahrain.

At just five-years-old, Adam Ali Abdulhadi has captured the hearts of many citizens across the Kingdom of Bahrain. With his deep knowledge of the universe, the young boy creates a lasting impression that leaves adults and children alike in awe.

Adam is full of facts and figures when it comes to the universe and tells every avid listener about blackholes, stars, exoplanets and more. “Adam’s fascination with the universe started a year ago; he would repeatedly draw the Solar System and explain the colours and sizes of the planets,” explains his mother, Reem Hasan Ahmed.
When he was just two-years-old, Adam showed an interest in planes. “I used to take him near the airport to watch planes take off and, in a way, it all might have started with his obsession with fans when he was a baby,” she says.

In fact, HM the King’s Representative for Humanitarian Work and Youth Affairs, His Highness Shaikh Nasser bin Hamad Al Khalifa, recently met with young Adam to discuss his dreams and ambitions. “Adam’s meeting with HH Shaikh Nasser bin Hamad was inspiring. HH showed great support to Adam and encouraged him to continue learning. The atmosphere was very friendly and Adam felt very comfortable to ask questions and discuss the Universe,” she says.

With an ever-growing knowledge of all things astronomy, Adam now has an exciting upcoming project through which he will be filming a special program to explain some space topics to students. “The series of workshops will be arranged by the Ministry of Education’s Talented Students Centre and Bahrain’s National Space Science Agency (NSSA) for talented primary school students,” she says.

His most significant collaboration, to date, is with the Bahrain Youth Astronomical Group and Bahrain Researchers for the Young Astronomer Competition, which was conducted on social media throughout Ramadan. “During the competition, Adam presented 30 different series during the whole month talking about different topics on each day which would be followed by a trivia question and a winner would be picked on each day,” she explains. 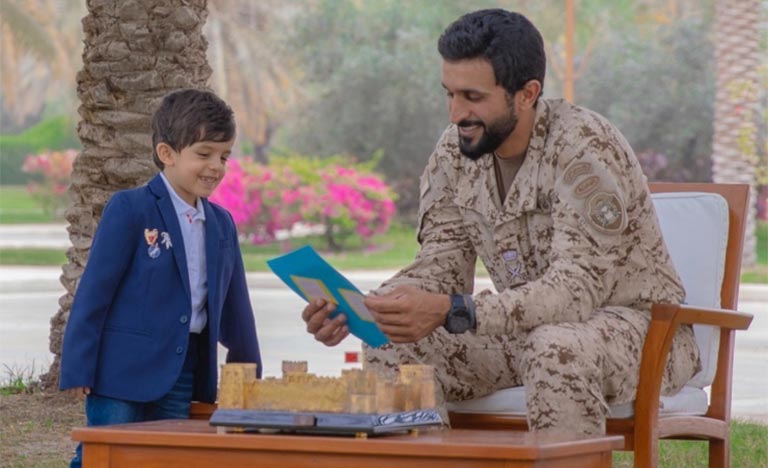 Adam’s popularity grew as he was featured in local newspapers and his following grew on his informative Instagram account which was initially a private account for friends and family. “Adam is keen on learning as much as he can about space which he considers to be among the most important branches of Science these days,” she says.

Adam’s short-terms plans include visiting the Shaikh Mohammed bin Rashed Space Agency in the UAE and coming up with a series of workshops for schools. “I think it is important to connect with a young audience and what better way to do it than through schools? I also hope Adam can eventually do some outdoor stargazing, storytelling and arts and crafts activities as the situation improves,” she says.

Adam has also shown an affinity for Geography and can identify 130 flags aside from locating the countries on the map, with ease! “In the long run… well, it is hard to say at this point; Adam’s interests might change, but I am here to support him either way. If it is to be space science and becoming an astronaut, so shall it be. I just hope we will be able to foster the love for learning he has,” she concluded.