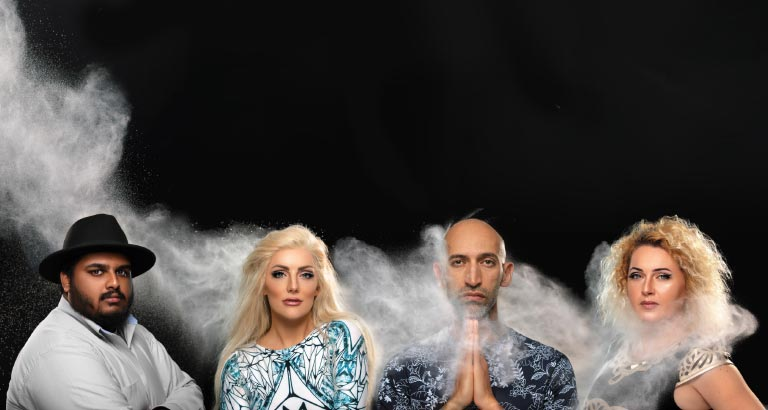 Bahrain This Month talks to members of the newly emerging and only trip hop inspired band in the country – Zenphonics.

Tell us a bit about Zenphonics.
Tamar: Zenphonics formed last November in the living room of my house. For a long time, I had wanted to put together a band with a fresh sound and style. As a fan of trip hop music, I wanted a band that could re-create covers of some of the greatest trip hop songs of all time. I also wanted to create a live electronic sound that was experimental and unique to us, as well as a tribute to the pioneers of trip hop. We’re comprised of Beata, our violinist and second vocalist, Nader, our musical developer and director, Joel on the keys, and I’m lead vocalist and band manager.

How would you describe trip hop music?
Nader: It is best described as an electronic, experimental, downtempo music genre that originated around the early ‘90s in the United Kingdom, especially in Bristol. It was described as “a fusion of hip-hop and electronica until neither genre is recognisable”. It uses a variety of styles, including funk, dub, soul, psychedelia, R&B, hip-hop, house, as well as other forms of electronic music.

Does it sound like hip-hop?
Joel: No, trip hop is not similar to hip-hop, besides some tiny similarities. Common musical aesthetics include a bass-heavy drumbeat, often emulating the slowed down breakbeat samples typical of hip-hop in the ‘90s, giving the genre a more psychedelic feel. Vocals in trip hop are more often female, and feature characteristics of various singing styles including R&B, jazz and rock.

Is it happy or sad music?
Tamar: Trip hop has been known for its melancholy sound, which they attribute to it coming out of the post punk movement. I certainly wouldn’t describe our music as sad; it is exciting from beginning to end. Lyrically, the songs we play live can be romantic, visually descriptive, curious, thought provoking, emotional, other-worldly and dramatic.

What would you like to do more of as a band?
Beata: We’d like to collaborate with more artists and creative types, and build a little underground following. I think we’d definitely like to do more festivals, and we’d like to go to different countries as a band and travel more around the Middle East.

What is your unique selling point as a band?
Tamar: It’s how passionate we are and how hard we work to support each other as a team. Before we even started playing live to an audience, we spent three months in dedicated rehearsals developing our sound. Trip hop songs are more often complicated, and they needed that special attention and care before our debut show at Coda Jazz Lounge.

How did that go?
Beata: Our first show was awesome. People didn’t know what to make of it, but the main thing was everyone enjoyed it. People find it unique, that’s what makes our band special. There’s a song for everyone. 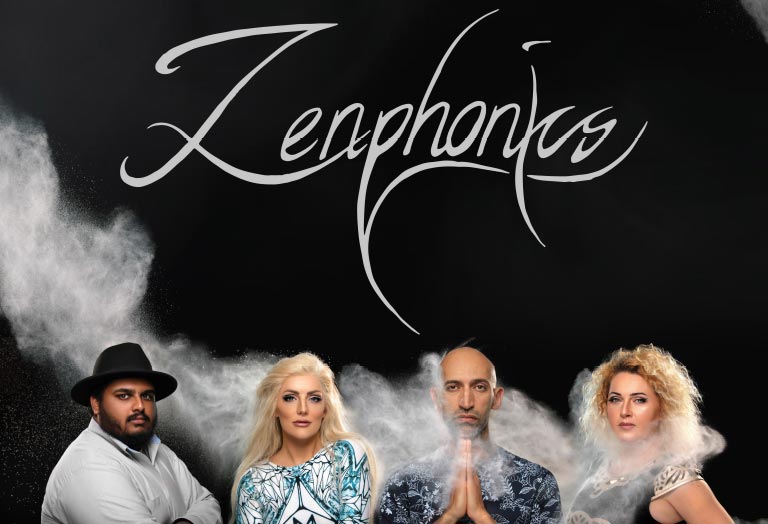 Where can we see Zenphonics?
Beata: You’ll find us in chic and contemporary hot spots around Bahrain. We’ll be at some festivals over summer, and we have a resident spot once a month at Coda Jazz Lounge. Follow us on Instagram and Facebook @Zenphonics