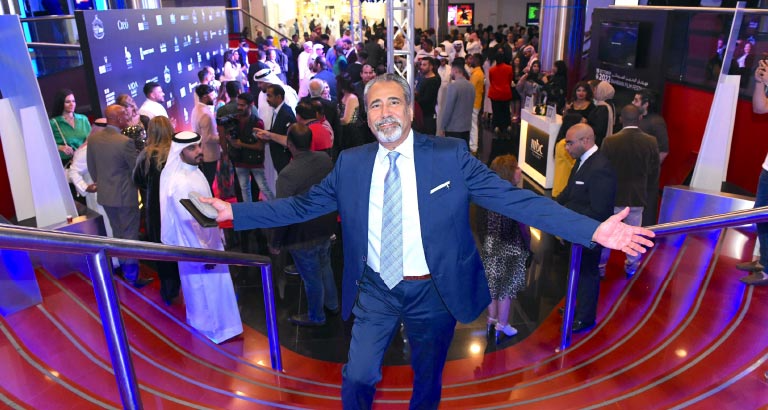 As one of Bahrain’s most talented actors and creative directors, Qahtan Al Qahtani is a hugely influential figure in the Kingdom’s film and television scene. Bahrain This Month sat down with him to discuss his earliest silver screen inspirations, his subsequent career and what advice he’d give to the next generation of budding movie stars.

“Back in the early Sixties, we were among the lucky families in Bahrain to have a television set in our old house in Manama,” he reminisces. “That was my first introduction to that magic box where I actually got hooked to see whatever was on, from Mickey Mouse and Donald Duck to the Western movies. These were broadcast on the only channel at the time, which was Aramco from Saudi Arabia.

“One of my most vivid memories was seeing John Wayne walk into a saloon and order a drink. Obviously, this being on a Saudi channel and dubbed in Arabic, he asked for an ‘orange juice’. Can you imagine?
“I asked my mother where I could get a frothy orange juice just like John Wayne’s, and she very diplomatically answered that it was only available in the West and not in Bahrain!

“Ever since then, I wanted to be one of those cool people on the screen. Even at school we had a radio and I couldn’t wait for those times I could be sat in front of a microphone.”

Mr. Al Qahtani’s performing career began with his graduation from the Higher Institute of Dramatic Arts in Kuwait in 1978, along with five other Bahrainis who were lucky enough to be studying in the same field. A stint as a school teacher teaching photography then followed, before moving to the Ministry of Education to run educational programmes and quiz shows on both, radio and television.

His major breakthrough came in 1984 as he was assigned as Head of Production at Bahrain TV, a position he held until 2000 when he was made an Advisor for Theatrical Affairs at the Ministry of Information Affairs. After six years there, he resigned to become a freelance actor and producer for television, movies and other projects.
He is currently about to join the cast of a new drama series in Abu Dhabi amongst some of the most respected acting talent in the region, with filming set to take place soon. It is the latest in a long line of acting credits that he reflects proudly on.

“As head of production at Bahrain TV, I was in charge of almost everything except the news,” he recalls. “This included big events such as GCC summits, GCC conference football games and basically anything major that was shown live. Not only that, but I pushed to show current affairs and drama programmes because I really felt variety was needed. It was work for 16 hours a day but so worth it.

“The other thing that I really was so proud of was training people at that time. People of all backgrounds were working at Bahrain TV but nobody was qualified as television personnel. I visited so many training institutes around Europe and in the Arab world and sent people to learn more. It’s amazing to see the people I invested in now working as directors, lighting, acting and almost every other facet of production you can think of.”

Something else Mr. Al Qahtani is immensely proud of is his children. His daughter, Zayn, is a renowned artist in the Kingdom and he reflects proudly on her carving her own path in a creative field.

“I always gave my children the choice to choose whatever they wanted to do without any hesitation,” he explains. “When Zayn was in kindergarten, she came out with a drawing of her hand on a piece of paper, and she had coloured in all of the fingers. I looked at it, told her it was lovely and then took it to be framed and hung it on the wall. Every morning she would see it and that’s how the love of art started with her. 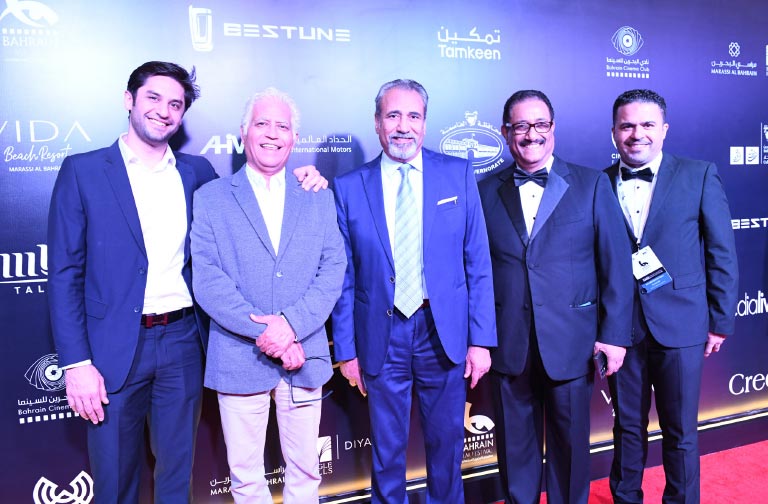 “She graduated as a fashion designer from the Royal University for Women and along the way she had done innumerable paintings and drawings of dresses. It was clear that the influence of fine arts was stronger than fashion itself and soon she started putting her drawings online and customers flocked to buy her paintings both from Bahrain and abroad.
“She has exhibited in the UK, Saudi Arabia and was the curator of an online exhibition in Bahrain. She is now doing a Master’s degree from the Royal School of Art in the UK, which is amazing.

“As I mentioned, I left her free to do whatever she liked, but the only influence I had on her career was to put one drawing on the wall,” he says graciously.
Mr. Al Qahtani also owes a great deal to two other women in his life: his mother Moza and his aunt SakIna.

He recalls: “They both brought me up together after my father died when I was very young. They dedicated their lives to educating me, sending me to university and they were always so proud of me. Both of these incredible women were actually pioneers in education in Bahrain, being headmistresses for schools since the 1940s.

“I am so thankful for those two ladies; they inspired and motivated me throughout my life. Everything I learned was from them and I still learn to this day as I inherited their books and I am still reading through them and appreciating their words!”

Both women have now sadly passed away. However, Mr. Al Qahtani has continued to use their inspiration and dedication to overcome obstacles in his professional life. However, no actor’s career has ever lacked challenges, and he has faced a fair few.

“Television never stops,” he says.
“Continuation is very important. You build up the infrastructure but you have to continue every day with the same effort or you will lose your viewers and audience. Even the talent will find other places to go and you have to stay at the top of your game yourself because everyone is replaceable in this industry.”

Ultimately, though, he believes that the future of Bahrain’s production industry is very bright, with plenty of potential.

“I am fully confident that Bahrain can be a hub in the Gulf as a production country,” he says.
“We have all the facilities that producers look for. We have the sea, we have palm trees everywhere. We have the desert. We have the wonderful mix of modern and traditional life. We have everything! Let’s make use of it.”

As the elder statesmen of the industry in Bahrain, he has a tremendous amount of knowledge to impart on the stars of tomorrow. Motivation and drive, above all, are the most important qualities in his opinion.

“I would firstly say: go and explore the world,” he says. “Go and do everything where you find the freedom to experience and express your talent. Don›t stop where you are. Don›t make excuses. Don›t let anything get in the way of you doing what you want to do.

“The other thing I will say is that if you become a well-known or even quite famous actor… be humble. Don’t ever think you’ve simply ‘made it’. Be nice with people and act like you would around your close friends and family. Acting is not just in front of the camera, but behind it too; you have to use the right language with people. You have to build up a character so people will pay you respect and they will admire you as a director and as a performer.” 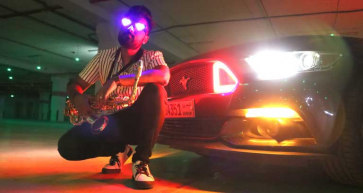