Behind The Scenes with Debbie Stanford-Kristiansen 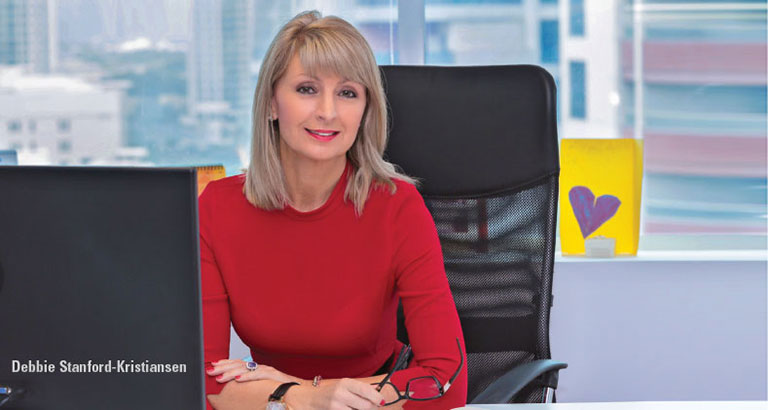 1. Please tell us a little about yourself – how long have you been with the company and what is your previous experience?

From a young age, I have had a passion for cinema and I’ve worked with Novo Cinemas since July 2013. Before my time at Novo, I was based in Bahrain working at Bahrain Exhibition and Convention Authority and had a career in MICE [meetings, incentive, conferences and events] tourism and hospitality but, as both industries focus on guest experiences, it made moving into the entertainment industry a natural progression. There’s a perfect synergy between tourism and film entertainment and the similarities across industries became very apparent.

2. What does your role as CEO entail?

As a leader, it is important to never lose sight of our goals and how to achieve them. The answer is always based on teamwork since it is impossible to run a profitable business alone. I believe that the key to success is understanding how to lead, teach, motivate and encourage your team every step of the way. That is the management style I have consistently adopted and it has always worked for me. While there are many aspects to being a successful CEO, I believe that investing in the most valuable asset – employees – is incredibly important. A mentoring approach helps the team develop within the business, as well as in their own career journey.

3. When did Novo Cinemas launch in Bahrain?

How many screens does it have? Novo opened in Bahrain in 2014 at Seef Mall Muharraq with 14 screens, including an IMAX [digital cinema projection system], the first of its kind in Bahrain, and a seven-star VIP screen.

4. What is Novo’s unique selling point – what makes it stand out from the competition? What products and services does it offer?

Since its inception, Novo Cinemas has been one of the market leaders, opening its doors in 2004, as the first IMAX in the region at the Ibn Battuta Mall Megaplex in Dubai and now in Bahrain too. Since then, the brand has strived to be a pioneer in the cinema space through introducing a range of products and services, including seven-star cinema experiences, healthy food and beverage options, as well as alternative content, such as screenings of El Clásico football, live boxing matches from Las Vegas, and a Bolshoi Ballet series of performances.

We currently have an extensive network of 154 screens and 23,000 seats in 15 locations across the GCC, with five dedicated IMAX screens in the region, including the largest IMAX with laser in the MENA region. 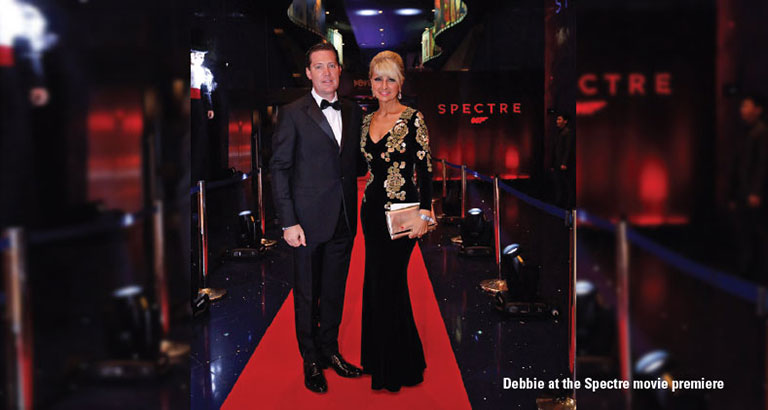 5. What is the company’s focus in the Kingdom for this year? Are there plans of expansion, in terms of services or branches?

We’ve had a very busy 12 months at Novo with exciting developments across several of our locations and more in the pipeline for 2018.

We have seven seven-star locations across our network, with more coming this year. Novo Cinemas’ ongoing expansion will see its numbers grow to over 220 screens in more than 22 locations by 2018. During all of these new endeavours, we’re still happily hosting corporate events at our cinemas – product launches, annual meetings, et cetera – as well as school visits to enjoy the educational catalogue of documentaries available in our IMAX screens.

6. What upcoming new releases can the audience in Bahrain expect for September?

We will be showing all the latest Hollywood and Bollywood blockbusters including sci-fi adventure film Valerian and the City of a Thousand Planets, classic horror remake IT and, in IMAX, actioncomedy Kingsman: The Golden Circle.

7. Apart from work, what are you most passionate about in life?

Aside from work, my family and I are constantly on the move. We go to the movies at least twice a week, go out for dinner as a family, travel and explore new places. We also regularly commute back and forth to Bahrain to catch up with our daughter, Georgia, and the many friends we have there – both Bahraini and expats.

8. What is your all time favourite film?

My favourite movie is La La Land – I have already seen it six times!