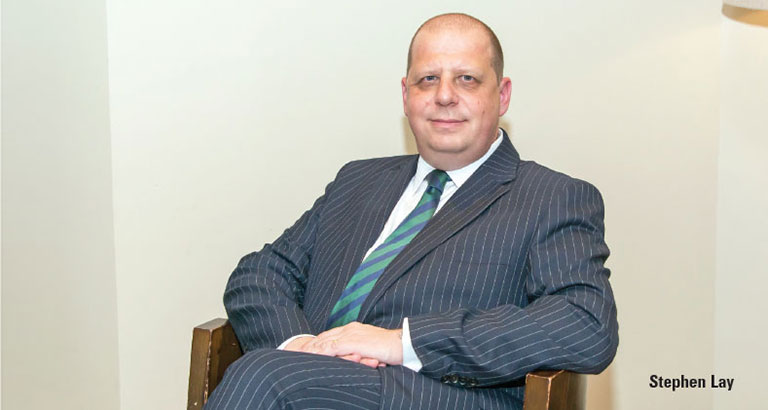 Stephen Lay has taken the reins at Jaguar Land Rover (JLR) Bahrain and he’s determined to implement small changes that will make a big difference. With a background that is predominantly premium, he is no stranger to luxury marques and his vast experience – especially with JLR – is definitely something he’s drawing on.

Stephen is familiar with the region and previously worked in Saudi Arabia as the sales director for BMW. After the birth of his son, he decided to move back to his native UK but, before he left, a chance encounter set him on a new path. A friend offered him a test drive in his swanky new Range Rover Sport.

“I wasn’t really that keen,” Stephen explains. “But it turned out being great and, at that point, I knew I wanted to work with the brand. It wasn’t really based on one test drive, to be fair, I kept his car for a week after that!”

Upon his return to the UK, Stephen took a job with Jaguar Land Rover in Suffolk. He spent the next three years learning more about the brand and working his way up the ranks before relocating to a larger, more prominent facility.

When he got the call from Euro Motors, it was simply an offer he couldn’t refuse. “Bahrain has been my destination of choice in the Middle East for a while so it was the right brand, the right destination. It was everything I was looking for,” he says.

Since taking on his new role, Stephen has wasted no time getting to work and has hired team members from overseas as well as promoting locals. “We just invested in a new management team, promoted Bahrainis from within to roles that didn’t exist before, and we’ve hired new technicians too. It’s all about improvement and making sure we’ve got the right people,” Stephen says.

“I’ve brought a new service manager from the UK – he’s got lots of experience working with VVIPs and so we’re bringing that level of customer service to Bahrain. We are very much aligned when it comes to our thoughts on customer service and how we run our teams and, for me, that is where we need to start.”

Perhaps the biggest change on the agenda is the implementation of the JLR Customer First system. Stephen explains: “Jaguar Land Rover is all about being transparent and easy to do business with, giving customers a much better, more personalised experience. We need to be honest and up front rather than over promising and under delivering. We want to make small, realistic changes, taking the people we have and developing them and making sure our team is the best it can be. I’m really excited about the next 12 months – there’s loads to do and we have exciting new products to launch.”

When it comes to his experience with Euro Motors, Stephen says the support he has received from the management makes all the difference. He explains: “Euro Motors is also going through a period of change. Mr Majid Al Zayani is the new MD and he’s been really supportive in making the changes and driving the business forward.”