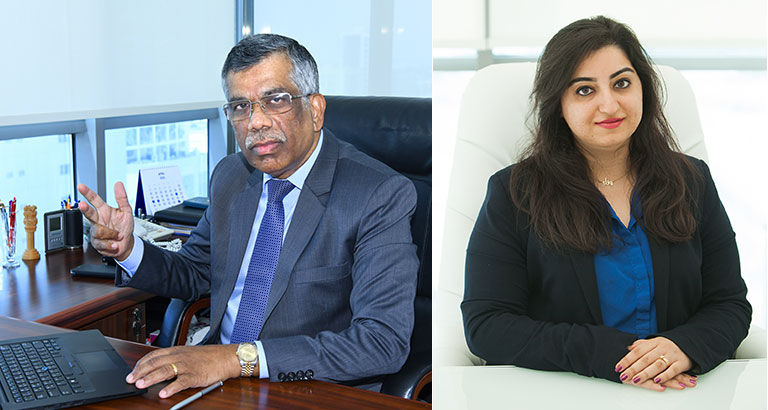 Bahrain’s large expatriate population has long faced an issue with inheritance, in particular accessing funds after the death of their loved ones in the Kingdom. We spoke to Indian Legal Consultant V K Thomas, who has long fought for a change in laws to make this process easier for expats.

V K Thomas has been in Bahrain for 45 years, after initially qualifying and being licensed in India as an Advocate. He now works as a legal consultant specialising in corporate matters, and also coordinates with his Partner Adv. Wafa Al Ansari, a Bahraini Advocate of the Court of Cassation on cases concerning personal affairs namely marriage, divorce, inheritance and more.

He has long since campaigned for Bahrain’s expatriate population, 52.6 per cent of 1.5 million, to access the inheritance funds of their loved ones, should they unfortunately pass away.

Most of the laws that govern the personal matters of non-Muslim expatriates, including this matter, are the same since 1971 when the expatriate proportion was a mere 17.5 per cent. There is an obvious discord between the two, and with the advent of the pandemic, this has been exacerbated.

As per the current systems, in the event of the death of an expatriate, all bank accounts, including any joint accounts, are immediately frozen until such time that a court order is issued by the court in Bahrain. A certificate to confirm the ‘legal heirs’ or a court order issued by the passport-issuing country of the deceased then needs to be produced, which can take between three-to-six months. In addition, four-to-six more are usually lost in waiting for the Bahrain court order to release these funds, on top of other hurdles.

“From a humane perspective, for several expatriates this can mean no access to any funds, sometimes even for funeral proceedings or repatriation of the body,” says Mr Thomas. “To make this worse, there are oftentimes children involved and living expenses of families or even tickets home that cannot be paid for due to a complete lockdown of all family funds.”

Along with his partner Adv. Wafa Al Ansari, who deals with litigation, Mr Thomas has detailed simple steps which could make the process far simpler.

He explains: “Simple steps that could be taken could include: (i) allowing operation of bank accounts with ‘either or survivor’ or ‘nominations’; or (ii) exempt salary or joint accounts from needing a court order; or (iii) limiting the amount of money that can be withdrawn per month until the court order or (iv) allowing wills to be notarised here and allow operation of bank accounts by the executor based on the will without any further process or court order.

“With globalisation and banking systems so well connected, perhaps the time is right now to ease the very painful process of gathering up one’s life after losing an earning member. A change in the law and rules that govern the settlements of estates of non-Muslims in Bahrain is an urgent need of the hour.”

Mr Thomas has highlighted the matter to various authorities and in various seminars and workshops and he even writes a weekly column in a local Indian language newspaper. Until such time as the law is possibly changed, Mr Thomas advises families to have separate bank accounts as opposed to joint accounts. This is the only option available at the moment to have access to cash.

“Whether expatriates or citizens, the money earned in Bahrain is the result of hard work and families depend on it,” he says. “For a country as benevolent and welcoming of expatriates as Bahrain, it seems surprising that residents who spend their lives earning for and adding to the Bahrain ecosystem, should be denied a basic comfort that their loved ones will be given what is rightly theirs on time – without a legal battle.”