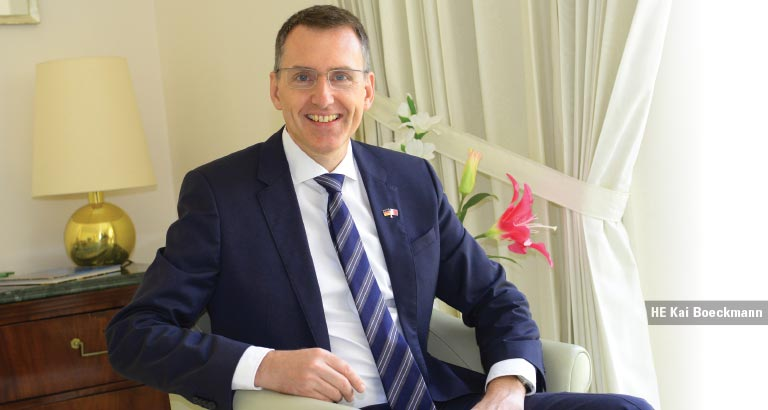 What businesses are members of the German community predominantly engaged in in Bahrain?
The German business community in Bahrain consists of well-established companies leading in the fields of logistics, manufacturing, services and consultancy. Many of them have been here for a long time.

Are there any notable new entrants to the market?
Earlier this year, Armacell, a global leader in flexible foam for the equipment insulation market and a leading provider of engineered foams, launched a new manufacturing facility in the Bahrain International Investment Park. Also, DFS Aviation Services has set up a subsidiary in Bahrain.

Earlier this year you said Bahrain was potentially overlooked by German businesses as an investment proposition and outlined plans to visit German chambers of commerce on your next home visit to promote the island – how did this go?
The Chambers of Commerce in Düsseldorf, Hamburg and Frankfurt, three major centres of commerce and industry, organised meetings for me with the local business community. In all three places, I found a lot of interest to learn more about Bahrain. In Düsseldorf, some in the audience remembered a similar visit by one of my esteemed predecessors, Ambassador HE Dr Hubert Lang, some years ago. The presence of some company representatives with practical experience and of Gulf Air and the Economic Development Board (EDB) in one of the meetings, was also very helpful.

It has previously been reported that Germany has offered to help Bahrain in its push towards solar power, are there any developments to report in this area?
Thanks to the profound shift in Germany from conventional energy to renewables, there is a lot of expertise being developed. The storage of intermittent renewable power is a challenge German companies are taking up very actively. A lively storage industry is eager to offer its expertise to other countries.

Are there any significant German-Bahraini business developments that you can share?
I think thanks to the openness of the EDB, we have succeeded in intensifying the dialogue between the German business community and EDB as representative of Team Bahrain. This is good because both sides can profit from this exchange. The long-standing experience of some of the German companies is the best argument to convince others to engage here. 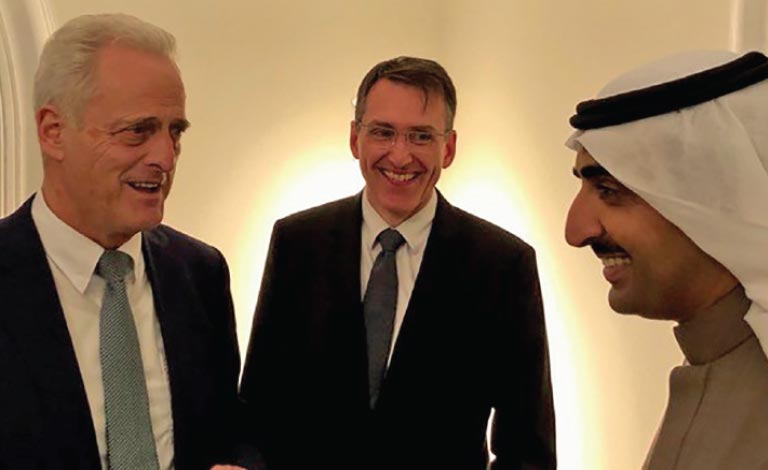 Have there been any significant trade visits over the past year?
We have had a fair share of business delegations in the past year, for example there was a group of entrepreneurs in the area of leather, textiles and shoes and another of German food producers. Also, Dr Peter Ramsauer, the former German Minister of Transport, Building and Urban Development, led a delegation of entrepreneurs in various fields, particularly transport, health and infrastructure. I am confident we will have more trade delegations in the near future.

How is the island’s German community reacting to the increased tensions in the region, is the Embassy experiencing any fearful reactions? And could this be having an effect on willingness to invest in the island?
The German community is very well connected. Many members of the German community have been living here for a long time. I think this contributes to people being generally very calm. Needless to say, for investors, stability is a very important factor when choosing their destination.

Do you know how many Germans are living in Bahrain but travelling across to Saudi for work? Has there been any updated security advice for them in light of the recent attacks on the Saudi oil facilities?
We know that a substantial number of Germans are living in Bahrain and travelling to Saudi Arabia for work. We advise all German citizens to download the app “Sicher Reisen” which provides information whenever the security advice changes.

The UK has called on France and Germany to help patrol Gulf waters, a role which both countries have previously declined. Do you think the current escalation in tensions, particularly in light of tanker seizures, will change this and are negotiations underway?
The situation is evolving and will evolve further until this interview is printed. Germany is supporting efforts to de-escalate the situation because no one stands to gain from a conflict. As we speak, Germany has just strongly condemned the attack of September 14 on two oil facilities in Khurais and Abqaiq. There is no justification for such an attack which heightens tensions and is the very opposite of the de-escalation which we so urgently need in the region.

Are there any high-level government visits (either way) coming up in the next few months?
The upcoming Manama Dialogue 2019 will, of course, be attended by German Government representatives – our Defence Minister Ursula von der Leyen was here last year and met with His Royal Highness the Crown Prince. And HE the Speaker of the Council of Representatives, Fawzia Zainal, has been invited by the President of the German Parliament, the Bundestag, to visit Germany.

You’ve previously spoken of music as a language that transcends borders – are there any cultural exchanges or events coming up in the near future?

Please save the date of October 23 when the Berlin rock pop band Treptow will participate in the Bahrain International Music Festival organised by BACA and perform in the Cultural Hall. And for November we are planning an event to introduce the Beethoven year 2020, marking the 250th birthday of the great German composer. 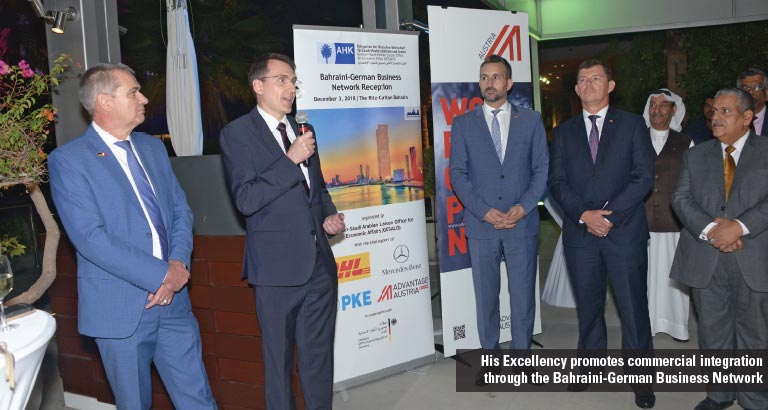 How are you and your wife enjoying your time here?
Time passes so fast! We enormously enjoy the friendliness and openness of the Bahraini people who have made us feel at home so quickly.

What do you like to do in your spare time (if you have any)?
I like to walk and meet people – especially outdoors. Places like Bahrain Fort, Dohat Al Arad, Muharraq, Manama Souq, the Famers’ Market in winter, Zallaq beach or restaurants and shops on Budaya Highway are wonderful to explore. Bahrain is a very safe place where I always meet smiling faces.

What aspects of Bahrain would you particularly recommend to German visitors?
An absolute highlight are the 15 houses of Shaikh Ebrahim Centre. The magic atmosphere in these places filled with art and conserving the memory of the people who lived and worked in them – be it as intellectuals or craftswomen – is something I have not encountered anywhere else.