Ready for the Big Screen! 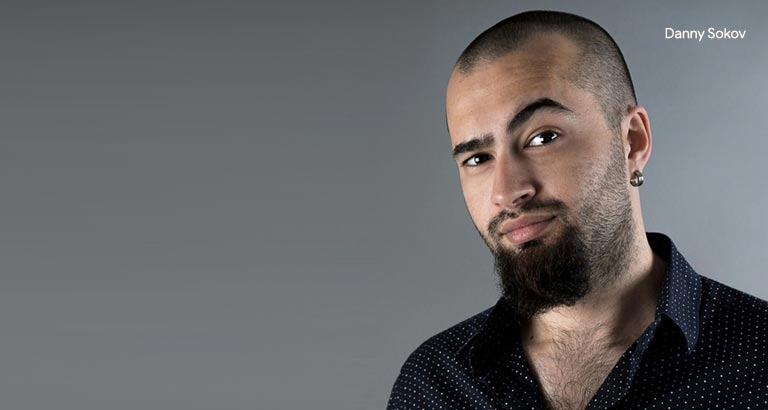 Farah Baig has a chat with Danny Sokov, the filmmaker behind the short film Dajjal which was filmed in Bahrain.

The Kingdom of Bahrain has long been home to a myriad of creatives, each a master of their own craft - be it literature, art, music or filmmaking. However, we believe it takes a stroke of genius and an even more generous helping of creativity to etch a name out for yourself in the film industry. We had a sit down with the prolific filmmaker Danny Sokov, who not only wrote the script for the recently-completed shortfilm Dajjal, but acted in and directed it too.

You’ve been a filmmaker for 10 years now. Could you tell us a little bit about what attracted you to the film industry?
My love for all things film stretches way back to when we first moved to Bahrain in the early 90s. I tend to say that TV was basically my third parent. I learned English thanks to Disney movies, Cartoon Network and MTV.

I studied at the British School, during which time a lot of my expat friends from the UK introduced me to shows like Blackadder, Monty Python, The Young Ones, A Bit of Fry and Laurie, the early Graham Linehan works – all of which still highly influence my writing and humour. The first film that really ignited my desire to be a filmmaker was Terry Gilliam’s The Fisher King. I’ve watched it at least 20 times and even wrote essays about it during my university courses.

That’s quite interesting. What led you to take up a role in the industry?
For a long time I wanted to act, but I had a very trusted mentor advise me to learn what happens behind the camera first. Once I had a taste of film editing, there was really no going back. I first started with editing together these little music videos, where I’d cut scenes out of different films and structure them over a song, making the images convey the lyrics. Then I started doing that with footage I’d capture myself, and it all grew from there.

Even now, though I can handle any role in filmmaking, I consider myself an editor above all, and a screenwriter second. Those were the two areas in which I specialised in university.

Tell us more about your experience in university.

I did Film Studies at the university of Kent in Canterbury, under the tutelage of some incredible filmmakers and mentors. My second year was especially formative thanks to my practical Documentary course under New York avant-garde director Margaret Salmon, as well as my Screenwriting course under BAFTA-nominated director Clio Barnard. She also gave me my first on-set experience during the production of her second BAFTA nominated film, The Selfish Giant. 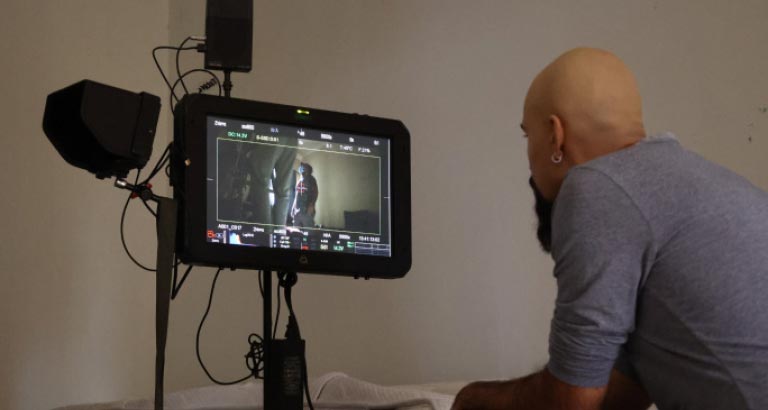 What’s your experience in Bahrain’s media been like so far?
After a five-year stint in London, I came back to Bahrain in 2017 and, in a way, had to start all over again; so, I rebranded and went into corporate and advertising. Adverts, promos, event coverage, documentaries… – I’ve handled a whole variety of projects for clients in a range of sectors.  There was a great niche here for what I could offer. I also took up teaching and ran several filmmaking workshops in collaboration with ProSky.

Aside from that experience, I was hired by Bahrain’s Sharaka Bloc to run their media during the 2018 Chamber of Commerce and Industry elections for the Board of Directors. The campaign was very successful and led to Ahmed Saloom coming back and hiring me for his Parliament run, which he also won by a landslide. Earlier this year, I did the advert for His Majesty’s Endurance Race which aired on Bahrain TV all throughout the event.

Now, what’s the story behind Dajjal? How did you get involved?
The pandemic has been difficult for me, professionally, however I came across an ad that announced the French Embassy and Alliance Francaise were organising a screenwriting workshop, the winner of which would get their film made by Blu Steel films. I couldn’t miss the opportunity. After close to a decade of purely commission-based work, I felt it was the right time to attempt something entirely my own, creatively.

I’d had the idea for this film for over seven years. It went through many detail changes, but the core concept always remained, and was one I’ve always come back to. It started as an idea for a feature film, but when I was made aware of this screenwriting workshop, I told myself that it was “now or never”.

It’s quite exciting that Dajjal has been filmed in Bahrain. Could you tell us more about the shortfilm?
The story is my personal take on the idea of “be careful what you wish for”. The film runs for 11m30 and follows a young Arabic boy, Isa, who is so burdened by his everyday family life that he inadvertently summons a Djinn, and subsequently lives out the consequences of his wishes. It’s the first work of fiction that I’ve directed, as well as was my first time in charge of an entire production team. Everyone was spectacular in their roles, everything ran absolutely smoothly.

The film was officially screened in April to invited guests and friends and family of the cast and crew. We intend to submit the film to a number of renowned international film festivals. 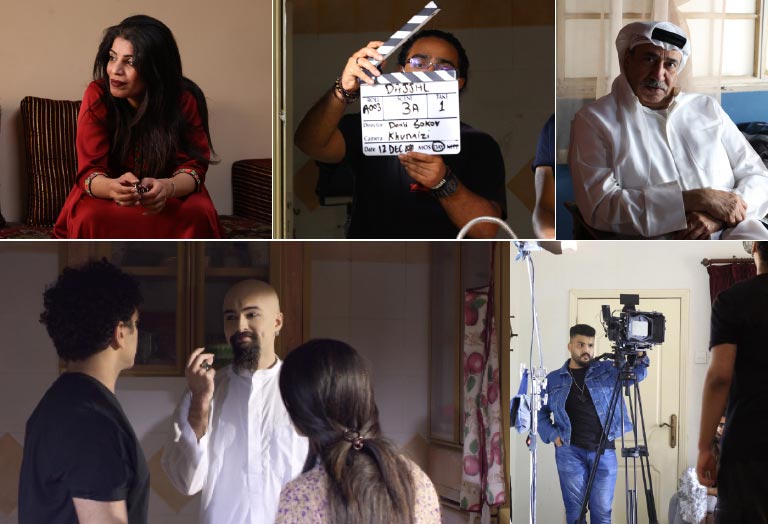 Tell us about the cast and crew.

The lead role of Isa was played by Majd Al Aradi, a great young talent. He’s a theatre kid and this was his first film role. In my mind, he encapsulated the character perfectly, just as I envisioned him. Seasoned Bahraini actress Lamia Al Shuwaikh played the mother, Mariam, and really brought the perfect range of emotions to the different realities we created in the story.

And of course we had Bahraini screen legend Qahtan Al Qahtani playing the father, Yousif. It was a huge privilege to have him be a part of the production. He’s rightfully deserving of his reputation. Some of his scenes were done in one take. His presence, his professionalism, his humour and his humility really shone through during the whole process.

Behind the scenes, the team assembled was also incredible - Ali “Fingerz” Esbai doesn’t switch off for a single second until the shoot is done, DOP Hussain Al Khunaizi was nothing short of a beast and Mohamed Fakhro from Blu Steel films, who served as producer, was there every hour of every day ensuring that everything ran as smooth as possible.

And of course, a huge thank you goes out to Marianne and Emmanuel Mayer, the organisers of the initial screenwriting competition, without whose input none of this would’ve even been possible in the first place.

And finally, you make an appearance in Dajjal too. How did that happen?
A last minute decision led to myself taking on the role of the Djinn. I have an acting background but didn’t plan on acting in the film at all, especially since I don’t speak fluent Arabic. However, this decision led to many fun, creative changes in the script.