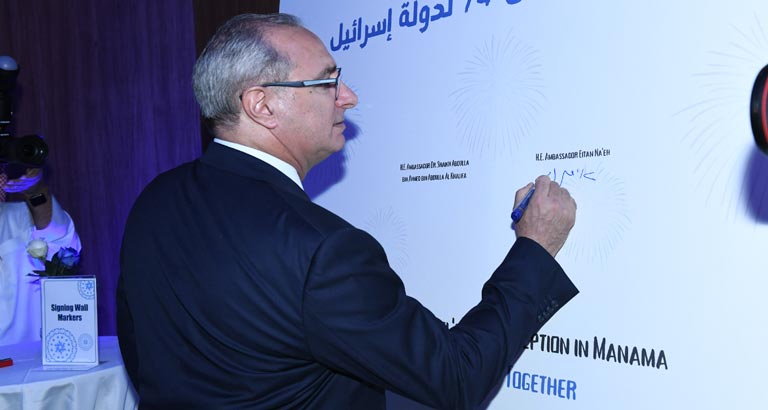 Since the signing of the Abraham Accords in 2020, Bahrain and Israel together with fellow GCC partner, the UAE, have enjoyed diplomatic relations. Bahrain This Month spoke to the Israeli Ambassador to Bahrain, HE Eitan Na’eh, to learn more about his mission to develop closer ties through art, culture and culinary activities.

What is your considered assessment of the contribution of the Abraham Accords to the economic, political and cultural ties between Israel and Bahrain?
I think that both countries can benefit and we have seen investment from both sides in a number of industries, such as technology and pharmaceuticals. Networking that takes place, whether on a business or cultural level, only accelerates this. Israelis find themselves in the Gulf, sitting in restaurants full of Arab people. Barriers are breaking down, as they will continue to, the more they integrate at work and in friendship circles. It’s more about the people-to-people element and that’s why culture is such a beautiful way to express and get connected.

Politically, we had two embassies in Israel and now we have five. So, when something breaks out, you have five Arab ambassadors talking to Israeli officials and vice-versa, to help ease things.

Have flashpoints and tensions between the Israelis and Palestinians (such as the condemnation following the killing and disruption at the funeral of Al Jazeera journalist, Shireen Abu Akleh) called the Abraham Accord between Israel and Bahrain into question - or placed it in jeopardy in any way?
It’s obvious that tensions won't go away in one day, but there is an understanding that the issues are complex and we now have far more options for dialogue to make sure that any major incidents are diffused more easily.

Do Israeli tourists who visit Bahrain feel safe here?
They undoubtedly feel safe! I’d say there have been many who have flown in, with many Bahrain residents visiting Israel in return.

When you reflect upon your time as Ambassador, what have been the high and low points of your period of office in Bahrain?
On a very personal level, it's quite an exciting experience to come here. As an Israeli, we all grew up there. We’ve been through thick and thin to be able to come here, have the best independence reception and receive such a warm reception in Bahrain and the UAE. To be able to invite high-level diplomats to dinner is just amazing. There honestly have been no low points.

If you had your time over again and you weren't a diplomat, what career path do you think would've chosen?
I don’t know how to answer this, as really it’s all I wanted to be since I was 16! I was inspired by the Israel-Egypt Peace Treaty signed in 1979 and I’ve been living the dream since. It really had an effect on the fact we need to write a different story and that was quite profound. I love history and I love politics.

Israeli food entrepreneur Doron Sasson and actor Tzachi Halevy also joined the Ambassador in a recent visit to Bahrain to talk about the importance of focusing on areas of mutual interest devoid of controversy. 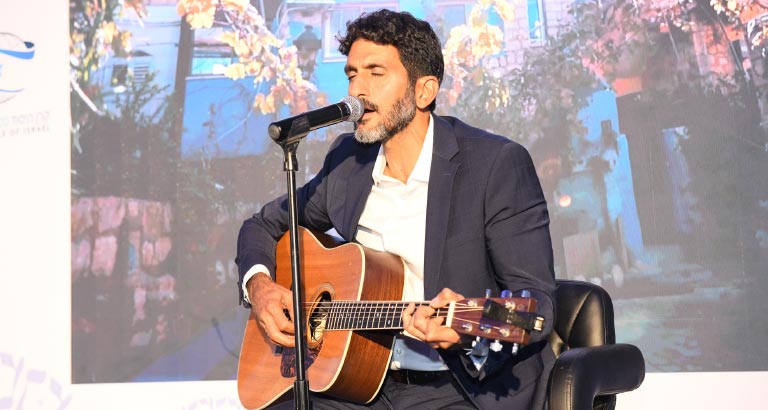 Tzachi Halevy, as an accomplished singer, actor and producer, can you give us a bit of background on your career and especially about your Netflix show, ‘Fauda’?
Sure! Funnily enough, I’m actually a musician who never thought of acting. Music was my passion and still is, but then I was cast in a movie called Bethlehem in 2013 because I can speak Arabic.

Then the call came for Fauda, which is an original Israeli series that came out in 2015 and deals with the ongoing conflict between Israel and the Palestinians through the perspective of an elite unit working undercover in Palestine to complete their missions. I play a character called Naor.

Going back to Fauda, I think it was the first time on television that you could see and reflect on what goes on in the conflict rather than trying to understand them through the news on television. The news is generally black and white but life is full of colours, and I think you see that through Fauda and the human aspect of the conflict. We were very happy to see that it became popular all over the world, especially in the Middle East, and it’s amazing. It’s currently on its fourth season and it still shocks me how well it was received; it’s truly an honour to be involved.

Your wife, Lucy Aharish, is a successful Arab-Israeli journalist and I believe there was a lot of controversy on your union. Can you talk a bit about that?
Sure. We were initially in a relationship for five years and kept it under the radar. Journalists did know about it and tried to expose it but we explained that it’s extremely sensitive due to her Muslim background and me being Jewish. We eventually decided to take it forward and thankfully, our parents approved as they are amazing and open-minded.

We did receive some abuse online and in the media, but it’s funny because no one will dare approach me in the street and say something like that. However, I think the majority of the response was very positive and we received a lot of love from both Arab and Jewish communities. We were even featured in articles abroad, in Europe and Australia for instance! We were wondering … what's so special about this? It's just two people that fell in love and are getting married. But we realised that if there is positive news coming out of Israel, it can only be a good thing.

Netflix gave you an amazing platform but it is losing subscribers at a fast rate. Would you consider working for another streaming service?
I think it’s good for us actors that there are many platforms. There’s Amazon, Apple, Disney Plus and many more. More content and exposure can only be good for us actors, Israeli people and the consumers.

Welcome to Bahrain, Doron Sasson! Can you briefly summarise the salient points about Israeli cuisine for us?
Israeli cuisine is a reflection of our regional fusion of Middle Eastern and Mediterranean traditional food incorporated into vibrant street food dishes that are based on local fruits and vegetables, dairy and fish products. Israeli cuisine has adopted elements of various styles from all over the world and continues to create new fusion cuisine. The food is really the reflection of our life. It's the reflection of the heritage of every Jew who came from across the world and brought something with them, combined with the adoption of Arab and Palestinian influences.

Israel is a culinary empire and Israeli chefs are well known the world over. Tel Aviv is the Vegan Capital of the World and there’s so much innovation. 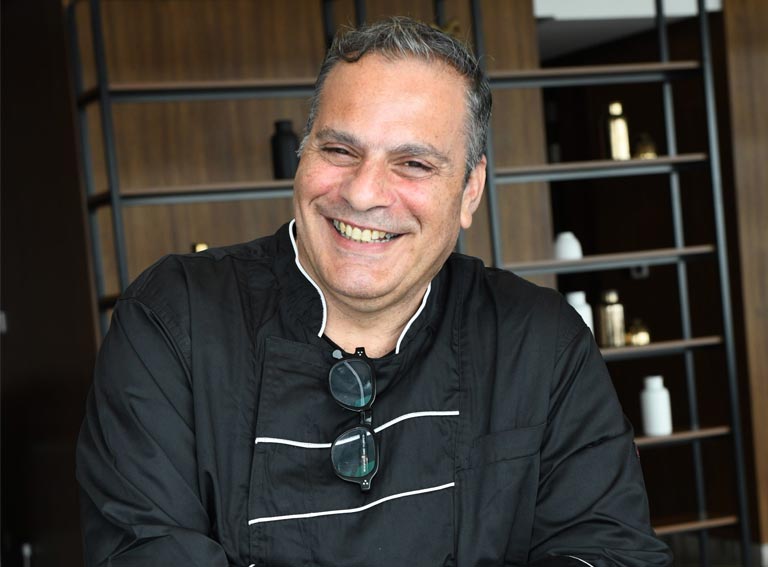 Speaking of innovation, Israel is pioneering the development of lab-grown meat, and the world’s first restaurant using it opened in Tel Aviv recently. Will you present it to your customers and is it kosher?
First of all, it is kosher because most of the ingredients are the same as we use today in vegan cooking. It’s not part of my consideration at the moment because it’s not really in the wider market and is largely under development; plus if I’m being honest, I don’t really enjoy the taste since it’s highly processed.

This is your first visit to Bahrain, how do you feel about the country and its cuisine?
It’s been great! I’ve been cooking all over the globe as it’s always my intention to connect and communicate with people. ‘Let's talk through our food’ is my mantra, and I’ve done a lot of talking since I arrived in Bahrain and have been welcomed very warmly and tried some amazing food. The world cooks a fusion of foods and we all take a little bit of everything, so who knows; maybe some Bahraini elements will find their way into my recipes from now on!