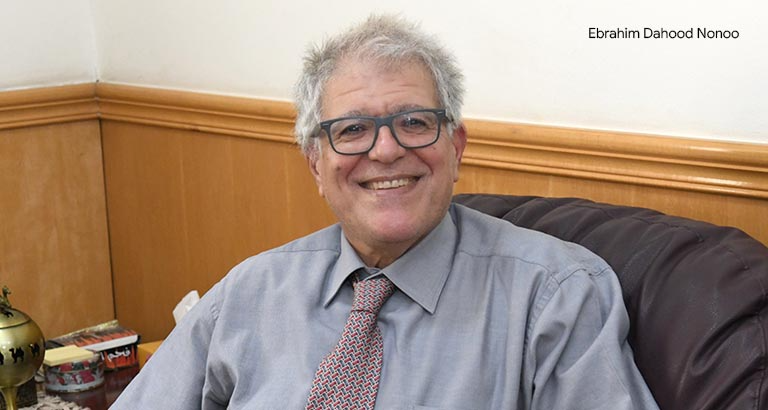 On September 11, 2020 the Bahrain–Israel normalization agreement, officially known as the Abraham Accords: Declaration of Peace, Cooperation, and Constructive Diplomatic and Friendly Relations, was officially announced. The agreement aims to normalize diplomatic and other relations between Bahrain and Israel and was welcomed by numerous communities around the world. Following the agreement, Bahrain This Month spoke to Ebrahim Dahood Nonoo - member of the Shura Council in Bahrain since 2001 and Head of Bahrain’s Jewish Community.

First and foremost, is this agreement between Israel and Bahrain a peace deal as such, or is it a normalization of relations?
I would assume it’s more like a normalization of relations, meaning people being able to travel back and forth between the two countries and also having the opportunities to perhaps have bank accounts in reciprocal countries, and be able to conduct any investments that they might want to.

How long has the Jewish community been resident in Bahrain and how did they come to be here in the first place?
The Jewish community came to Bahrain roughly in the last years of the 19th century. The first known case of Jews coming from Iraq was Mr. Salah Yahya. He came over in roughly the 1860s or the 1870s. What happened in Bahrain at that time was that it was an important trading post between Europe and India because the goods used to come through Bahrain. Now, it was well known also that Bahrain had work available. So, whether it was labour-oriented work that was available, Iraqi Jews, who were essentially kind of misfits in their own country and uncomfortable living in Iraq, were the first to start coming to Bahrain to find alternative employment.

By the twenties and thirties, there was a group of about 800 Jews, all working in Manama which was the trading center of Bahrain.

How large is the Jewish community in Bahrain now?
Well, the number ranges between about 30 to 70 - it’s very much seasonal because the Jews all have second homes everywhere else. So, at any one time, I cannot tell you how many Jews that are in Bahrain, but I can tell you it’s roughly 50.

So, when were you, or the Jewish community aware of the serious negotiations underway to establish ties with Israel?
We can only say that when we heard the news about the UAE, we were stumped, we really were. At that time, we figured out that maybe we’d be next in Bahrain. So, we had an inkling at that time that Bahrain was going to come onboard next. Whether it was going to be Saudi or Oman wasn’t clear, but it became a real surprise for us and a great surprise. We were all very thrilled.

Is there any indication yet when there’s likely to be a Bahrain mission in Israel and vice-versa?
At the moment no, but there is probably a roadmap that they’re going to be working on. I’m sure it’s going to happen. It’s going to take a bit of time but I’m sure they’re working on it straight away. I have received many calls already from Israel about people who want to come visit. The children of the families that left in the fifties, would probably love to come back here to see where their parents lived, because some of their houses are still around in Manama. We also have a community cemetery where a number of their relatives are buried. I’ve had a lot of calls from people who have a connection with Bahrain, who would love to come back here as soon as they can.

Which business sectors do you believe would be most likely to benefit from this new relationship?
Agriculture, definitely with hydroponics and they have a very good fish farming technology, so they will benefit. The other segment is AI; they’ve got robotic systems that do window cleaning for buildings, they’ve got robotic systems that do other things. I’m sure that’s a good sector to come and work. 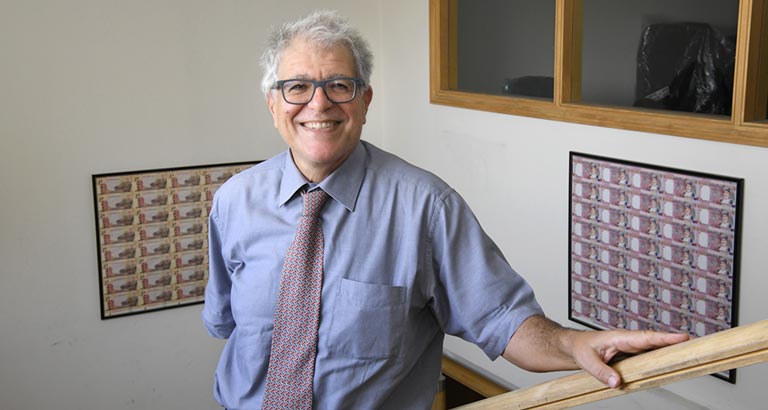 Does this move risk further exacerbating the already present tensions between some of the Kingdom’s more fractious opposition groups?
I think, in a way, it’s very much a question of give and take. People have to give and take. The idea that we have so many religions, so many cultures living here in a very small area is a surprise to a lot of people. We all have two types of mentalities: the public mentality and our private mentality. Now, you in your private mentality can fit in whatever you like, whatever ideology you have in it, whatever ideas you have in your private life or in your private mind. Well, that’s up to you. Nobody’s going to tell you anything on the public level. You have to respect other people’s existence, other people’s decisions; you have to be polite to exist in the public level.

And I think that public mentality has been shown to work on the basis that we expect you to allow coexistence with everybody else. So, it’s no good for one group telling us, «Oh, you know, we were totally opposed to you for this and all that.” Well, we’re on a public level as well. So, we deserve to have the same kind of coexistence.

What do you expect to be the long-term benefits for both countries?
The Israelis, when they get to grips with being able to focus on investment in a country, they will allow Bahrain to benefit from anything new that’s coming out in Israel and from their research. I would assume just like in the solar technology field, I would imagine that they would be able to give us before giving anybody else the ability to either set up laboratories here or to set up in a way in which Bahrain can benefit. In other words, more like a training center for Bahrainis. The one thing that we’re all looking forward to is at least some jobs for the Bahrainis that will be decent, good jobs that reflect what they’ve been studying for.