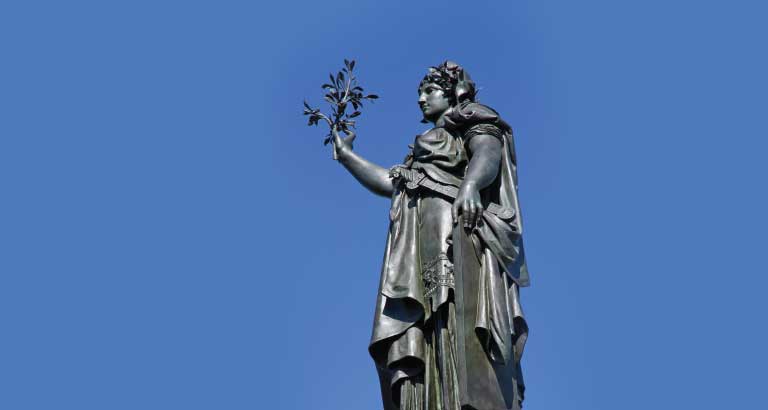 With this year’s French Independence Day focusing on women’s empowerment and Marianne, the internationally known symbol of the republic, we showcase two of the modern-day ladies who help keep the French Embassy ticking over.

Elodie Veniel, in charge of linguistic mission at the French Embassy in Bahrain
Newly arrived in this country, I have nevertheless quickly adapted to the life of the island – the friendliness of Bahrainis and their enthusiasm for new things. A thousand-year-old story that will leave you dreaming and which is evidenced by the many archaeological sites, the mixture of cultures and, at times, their confluence.

Accustomed to cultural outings, I was delighted to discover that one could, for example, in the same week in Bahrain, attend a concert, a conference and an exhibition vernissage. Bringing French culture to Bahrain and supporting Bahraini cultural initiatives is also part of my daily work in the Cooperation and Cultural Action Department of the French Embassy.

French culture being conveyed in part by the French language, I am in charge of promoting it and strengthening its use. French holds an amazing place in Bahrain. Since 2009, it has been compulsory as a second foreign language for students from the sixth grade to the final year. It is taught even in some primary schools and this trend is likely to become more widespread.

The SCAC [Service for Cooperation and Cultural Action], therefore, also has an important role to play in supporting the teaching of French as a foreign language and hopes to see a university diploma corresponding to these objectives. The French school, with its 730 students [at least a sixth of them are Bahrainis], is the proof of the appetite for the French language as well as for French education.

Another aspect of the linguistic mission is also to instill a taste for the language by offering language scholarships for high schools and universities for summer short stays in France. The number of scholarships offered by the embassy increases each year. Finally, the Campus France office welcomes and guides candidates wishing to study in France.

The SCAC also proposes cultural activities based on the dissemination of the culture of Francophone countries in Bahrain and on the support of local or regional artists. These proposals, implemented in collaboration with the embassy’s partners, can take the form of workshops, conferences, film showings, concerts, festivals and more.

Lastly, the SCAC operates in the following areas of cooperation: medical, legal, scientific, governance, urbanism and academic. The last field of cooperation found the perfect showcase with the launch, in February 2016, of a master’s degree in public management, in partnership with ENA, the University of Aix-Marseille and Bahrain Institute for Public Administration (BIPA).

Sophie Guégan, vice-consul of the French Embassy
Since joining the French Ministry of Foreign Affairs in 2001, I have had the opportunity to serve in several parts of the world, including Turkmenistan, Namibia, United Arab Emirates, Russia, Kosovo and Monaco.

I was assigned to Bahrain in August 2017. Familiar with the Gulf region, I discovered in Bahrain a welcoming country, warm and curious people, an environment conducive to the exchange of ideas. Living on an island surrounded by water, for me who is a fan of water sports and in particular scuba diving, is a daily rewarding and comforting thing.

My daily work, which is multidisciplinary, consists partly of organising the material, logistical and budgetary functioning of the embassy.

This is a new and enriching experience that gives me more insight into local practices.

Efforts are being made to support the attractiveness of France with, in particular, the reduction of delays in visa application processing times. On the initiative of the Ambassador of France, we wish to give our expatriate community as well as our foreign visitors all the attention they deserve.

Bahrain is a country that has a long history and tradition, but it is also geared towards the future and modernity. I am happy to be able to observe on site the energy of this will.