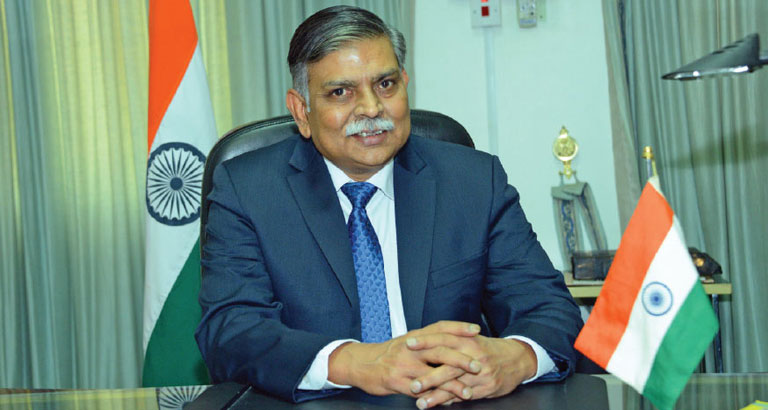 For many years Bahrain’s large Indian population has awaited the opening of a new embassy complex and it’s fitting that, with the approach of the landmark anniversary, construction is now completed.

“There are still a few works to conclude, but we’re almost there,” says His Excellency, who hopes to conduct the Independence Day flag hoisting at the new premises in Seef. The official opening may well have to wait for a VIP visit later in the year, but it will certainly be sooner rather than later.

Designed by Indian firm CES and constructed by local builder ARM Contracting, the new purpose-built embassy will be very much a representation of India featuring a façade of Indian sandstone. 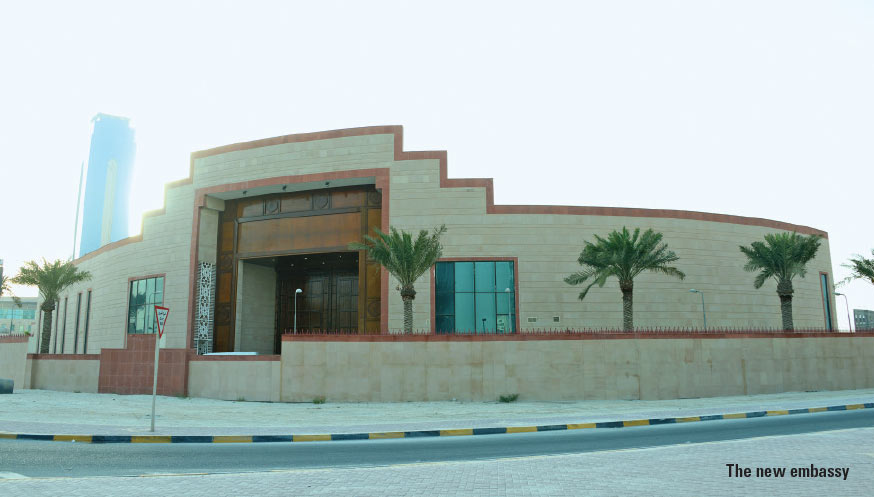 There are several events in the planning stage to celebrate the 70th year of India’s independence. Ambassador Sinha says: “We expect to have a cultural performance towards the end of the year, around November, we’re also planning exhibitions to showcase Indian products and handicrafts. And we will be holding a surprise event on August 15 to celebrate what is indeed an important landmark in our history.”

After two years in post, His Excellency feels relations between the two countries are better than ever, saying: “This period has seen an increase in the momentum of bilateral relations in all spheres: political, economic, cultural and security cooperation. At political level, there have been exchange of visits at ministerial level – Bahrain’s Interior Minister visited India, the first Gulf Interior Minister to do so, and our Home Minister visited Bahrain in 2016. And early this year, the Indian Minister of State for External Affairs, Gen VK Singh, was in Bahrain to discuss further improving our already excellent bilateral cooperation.

“One of the areas discussed was increased non-hydrocarbon-based trade. Last year trade between the two countries surpassed USD1 billion and now Indian investment in Bahrain has also crossed the USD1 billion mark. There are 3,181 Indian-owned or joint-venture businesses currently operating in the Kingdom and this number is growing all the time. These businesses cover a diverse range of sectors from finance and hospitality to construction and real estate. One of the largest investments is by an Indian company JBF, which has ploughed USD380 million into the industrial park near the airport.”

A new momentum was created with the establishment of the High Joint Commission following the landmark visit of His Majesty King Hamad bin Isa Al Khalifa to India in 2014. The first meeting was in New Delhi in 2015 and the next is due to take place in Bahrain later this year – it will discuss expanding bilateral ties and new areas for cooperation building on the Make In India initiative and the investment policy liberalisation. Promising sectors in Bahrain include engineering goods, iron and steel, food processing, IT and fintech. “India has the world’s third largest ecosystem for start-ups so that is another area in which there is scope for mutually beneficial collaboration,” says His Excellency.

Major developments on the trade/investment front in the last two years have also seen agreements between Bahrain Chamber of Commerce and Industry (BCCI) and the CII (Confederation of Indian Industry) as well as between BCCI and PHDCCI (PHD Chamber of Commerce and Industry), to promote exchanges of business delegations and increased investments. The CII has its Gulf office here in Bahrain and the ambassador feels it’s likely other Indian trade and industry organisations will follow.

Asked what makes Bahrain so popular with Indian workers and investors, His Excellency adds: “It’s the age old relationship and understanding that has developed over decades and centuries that gives confidence. Also, if you look at Indian businesses here, there are lot of success stories and there are new entries coming to the market of Indian businesses wanting to have their Gulf offices here.”

And, of his plans for the future, he says: “One of the most important functions of the mission is to continue to address the needs of the large Indian community in Bahrain by providing smooth access to embassy services, which we do in a number of ways, including through social media – that’s an area we continue to grow actively. I am grateful for the excellent cooperation I have always found from the Bahraini authorities when addressing any issues faced by the community.”