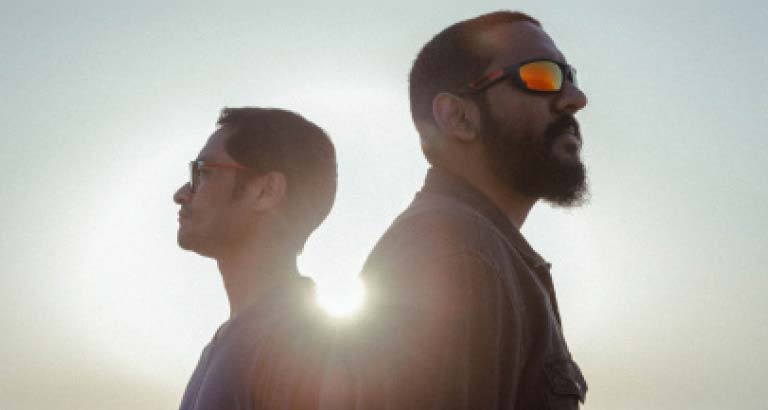 The Kingdom of Bahrain has long been a hub of creativity, paving the way for the rise of artists, sculptors and a bounty of talented musicians. As avid listeners of just about every genre the world of music has to offer, the BTM team stumbled across the ever-relaxing sounds of The July Project. We caught up with the dynamic duo behind the music - Ryan Rodrique James & Vishnu Salvacion Pillai, who told us what makes them tick.

Could you tell our readers a bit about yourselves?
The two of us were born and raised in the Kingdom of Bahrain and have been playing and performing music across the island for about ten years or so. Our friendship dates all the way back to high school and has led to exciting memories created over several cups of great coffee and now the birth of The July Project.

What can you tell our readers about ‘The July Project’? What’s the story behind you getting started?
Having music rooted within us from our earliest childhood memory, we somehow found a common ground of what style of music we wanted to produce - apart from all the other various bands and projects we were already involved with. Hence, The July Project was born, out of the need for making original music. This is more of a passion project than anything else, where we explore sounds, genres, and elements that we otherwise wouldn›t experiment within any of our other projects.

What is the significance of the name ‘The July Project’?
Actually, it’s quite simple, just two friends that got together in July and decided to jam without any intentions. Coincidently, we created our first track ‘Waves’ unknowingly which blossomed into the idea of making an EP (Extended Play record); and to not overthink of our name ‘The July Project’ was formed.

Where can people find your tracks?
We have just released our debut EP titled ‘Elements’ which is a concept album.  It is now available on most popular streaming platforms including Spotify, Anghami, Apple Music, SoundCloud and Bandcamp under the name The July Project.

How would you describe the music you produce? What inspires it?
We haven’t really fit ourselves within a specific genre. We are, however, influenced by a lot of genres, ranging from the ethereal/cinematic sounds of post-rock to the majestic orchestral arrangements and spaces that are created by the renowned Hans Zimmer, to the ambient and lush sounds that nature itself provides. However, we’re not limited to just these soundscapes, as we are always exploring new music and genres, and finding inspiration in anything that sounds good to our ears. 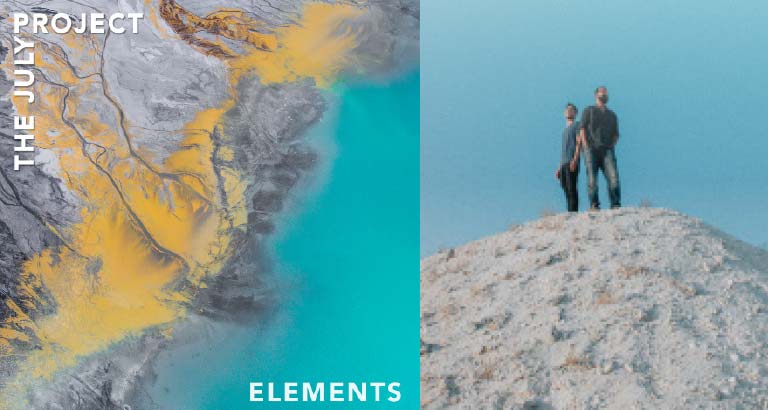 Your music seems to invoke emotion and be quite ambient. Is there a deeper meaning to the music you produce?
People may perceive music differently, it’s a subjective topic. But to us, ‘Elements’ is about taking our audiences through a journey using music to tell a story through a meander of emotions, all the while being rooted to the energies that nature provides.

How is the feedback you’ve received from listeners so far?
We’ve been really overwhelmed with all the support and appreciation. There is a lot of positive feedback for our music and we are also thankful to receive constructive criticism from our fellow musicians.

We are currently living through unprecedented times which prevent musicians from making use of the added benefit of performing at a venue. How have you overcome this challenge when launching during these times?
We really didn’t put much thought into it. It was limiting, yes, but on the bright side, there’s been a major rise in the creative field locally and internationally. Given the lack of our ability to perform live, many artists had to embrace and adapt to their environment to be able to tap into their ability to produce more original content during these times. It is challenging, yet it can be very fruitful in the end.

Any plans of performing at venues once things go back to normal?
Yes! Definitely, with our individual projects or bands.

What’s next for ‘The July Project’?
Quite simply- make more music and keep making music!

To get in touch with The July Project, email [email protected] or follow them on Instagram, using the handle @thejulyproject_.