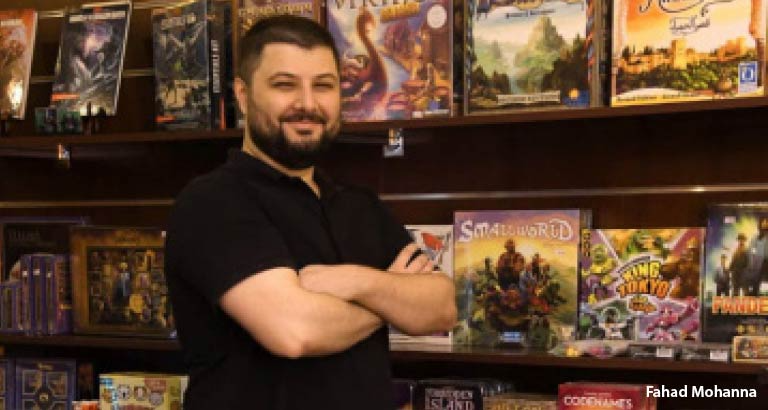 Bahrain’s Tabletop Gaming Scene is On The Rise. Here’s How It All Started.

“Social gaming is the essence of a good time, it’s time you took your eyes off the screen.” That’s what the young entrepreneur behind Bahrain’s very own hobby and gaming store Howayte, Fahad Mohanna, has to say when it comes to tabletop gaming. The Kingdom’s tabletop gaming community has grown considerably in the last few years, especially now with the pandemic inspiring people to reconnect and discover unique ways to entertain themselves.

Having a safe space like Howayte to geek out and meet like-minded people has surely played a role, so we caught up with Fahad to find out what started it all.

What ignited your interest in the world of tabletop gaming?
Being raised by a non-Bahraini mother, board games were a part of our family activities during the holidays. When I was young it was always fun playing board games like Monopoly, Risk and even Uno. As I grew up, I loved playing trading card games with my friends such as Magic: The Gathering, Pokémon and even Yu-Gi-Oh! The sense of social gaming is what really drew me to the tabletop gaming scene and was my favorite way of spending my free time. I play almost everything from board games, trading card games, miniature wargaming and Dungeons and Dragons.

Could you tell our readers a little bit about Howayte?
A majority of our space is a dedicated gaming area where people can comfortably enjoy playing with friends. So, besides being a traditional brick and mortar store, Howayte Hobby Store is a space where people can connect with others who share their passion. 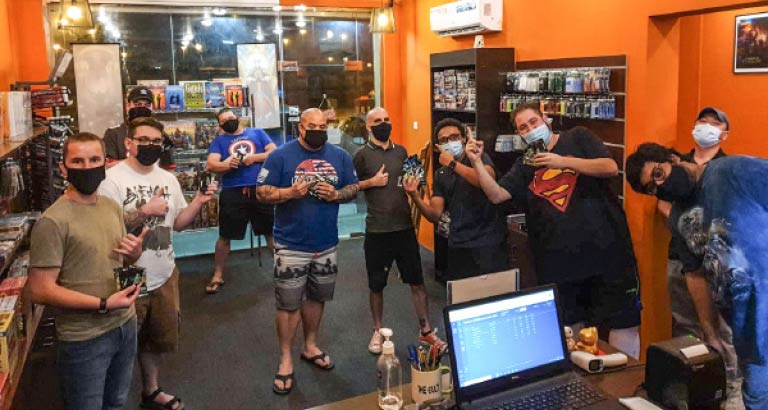 How did you come about the idea of starting the store?
The idea came from when I used to visit my grandfather in Holland during the summer; I found a small corner store at the train station that had fantasy statues like dragons, barbarians and wizards on display on the street which grabbed my attention since I was a huge fan of fantasy. The store also sold game packs and offered a space for customers to play with each other making it my go-to place while I was there! Being in Bahrain for the rest of the year, I always wanted somebody to start one.

In 2017, it occurred to me that nobody might actually open up a game store - a place where I can go to decompress or find friends to enjoy my time with. I had a gut feeling that maybe it›s because it was meant for me to do. So, I took a leap of faith and bought the domain Howayte.com.

The tabletop gaming community has grown considerably over the last few years. What can you tell us about this?
I think it›s mostly due to the fact that gaming conventions have been taking place more often than before, where being a “geek” or “nerd” has become more acceptable and even cool while tabletop gaming got more exposure. Cafes, too, started having board games for their customers to play while enjoying their cup of coffee.
I believe Howayte also had a part in it since, besides selling the games, we also educated people how to play them and turned it into a meetup spot.

How would you say your concept has helped grow the community in Bahrain?
We took the initiative to grow the community and keep people interested by having small weekly tournaments, hangouts and more for seasoned gamers and newcomers too. We also use WhatsApp groups as a way of communication so everyone can stay in touch and arrange meet ups.

Although we started small in 2018 there was an obvious growth in our customer base. People were coming on a weekly basis with their friends and spending hours (sometimes till closing) playing games. With a welcoming environment and casual homey vibe, it made people feel welcome to the hobby and even bring their non-gaming friends.

What would you say is the most fulfilling thing about running your own business?
Before I started Howayte I was a software engineer for around 10 years; I know how it feels to work for a large corporation and how it can sometimes be depressing. The best thing about running your own business is that you have the flexibility to adapt and when your business revolves around your hobby or passion, it›s fulfilling every day. Don’t chase the money as that isn’t where happiness is, honestly! If your goal is to make money, just get a job because running a business isn’t easy and it requires a lot of self-discipline.

It was the right choice opening up Howayte and I feel it was a big contributor to the growth of Bahrain’s tabletop gaming community. However, we couldn’t have done this alone - the community being active and supportive of the store is what made it happen.

What are your short-term and long-term plans when it comes to Howayte and the community?
Right now, we are starting to put attention on digital marketing by starting a YouTube channel and educating our followers and subscribers on how to play certain games with Arabic subtitles while discussing different topics when it comes to board games.

I’m also working on my first board game that is designed for families and friends. I plan on designing, printing and exporting it from Bahrain. It should take some time but it’s definitely exciting working on your own project.